In addition to seabirds and marine mammals, we also record the various types of terrestrial migrants which can be seen around the ship. In the height of autumn, millions (if not billions) of birds across the Northern Hemisphere are making their way south for the winter. Some species might be travelling all the way from the High Arctic to Africa while others might be making shorter journeys from Scandinavia to Britain and Ireland. Either way, most have to make water crossings at some stage and we are likely to encounter some of these in the Celtic Sea during October surveys. 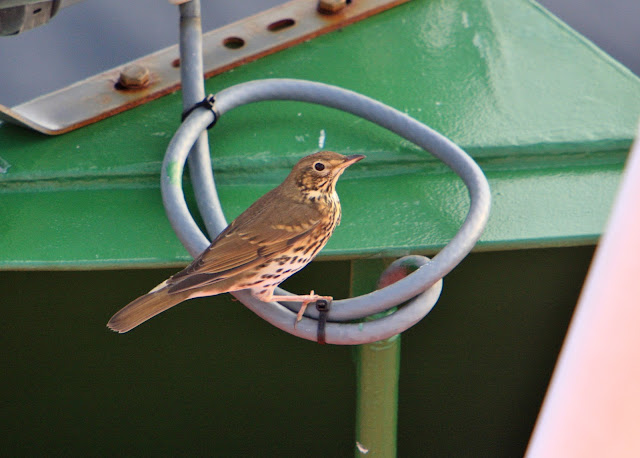 Easterly winds have been in place for much of the month, bringing a wide range of rare and interesting species to migration hotspots (e.g. islands and coastal headlands) along Western Europe. These winds have also guided many birds out to sea and over the past couple of weeks we’ve recorded seventeen species of migrant landbird either flying around or on the ship; collared dove, skylark, swallow, meadow pipit, white wagtail (and pied wagtail), grey wagtail, robin, song thrush, redwing, fieldfare, blackcap, chiffchaff, yellow-browed warbler, goldcrest, starling, chaffinch and goldfinch. During bright, sunny days and clear conditions, most of these birds simply fly over or around the ship, perhaps reorientating themselves before continuing on with their journey. Some rain overnight and misty conditions has resulted in several birds actually landing on the ship this morning. None have been found dead so hopefully all they require is a rest before carrying on again once the weather clears up. 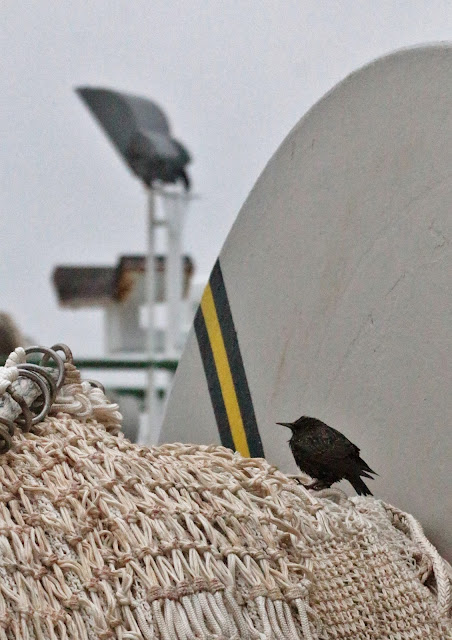 A merlin was seen in flight at sea one day last week over active fishing grounds with several trawlers in operation. It would be easy to assume that they too have been blown off course or are in the midst of an active water crossing but I suspect that these falcons are out here on purpose, travelling from ship to ship in search of tired migrant songbirds to catch or using them as a platform from which to hunt storm-petrels. We have certainly witnessed them catching meadow pipits on RV Celtic Explorer before and have often found storm-petrel wing feathers here and there on the deck, looking like they were recently plucked off. 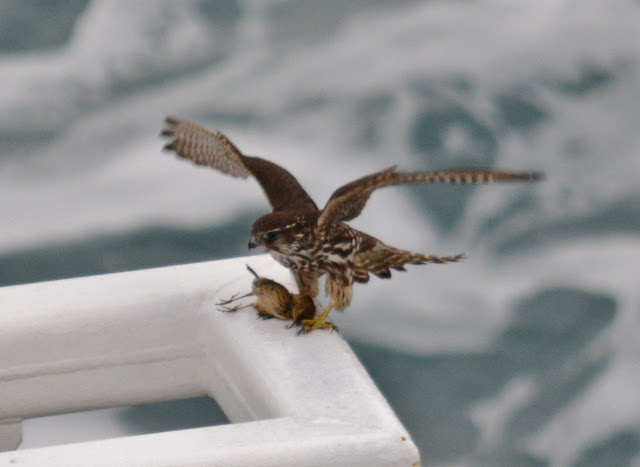 Wildfowl and waders seen at sea are often noted as being in the throes of migration, travelling from A to B with great enthusiasm and rarely take an interest in the ship. A flock of ten European golden plover seen several miles south of Great Saltee last week looked like they were doing just that, heading for France/Iberia with intent! A couple of turnstones mixed in with a flying flock of guillemots looked somewhat more confused however!

One of our best sightings was that of a single light-bellied brent goose which crossed the bow, flying east some 19 nautical miles south-southeast of Carnsore Point. Amazing to think that this bird has just spent the summer on the breeding grounds in Arctic Canada alongside polar bears, wolves and musk ox and is now off to Ireland/Britain for the winter where it is likely to end up grazing on football pitches and golf courses at some stage! 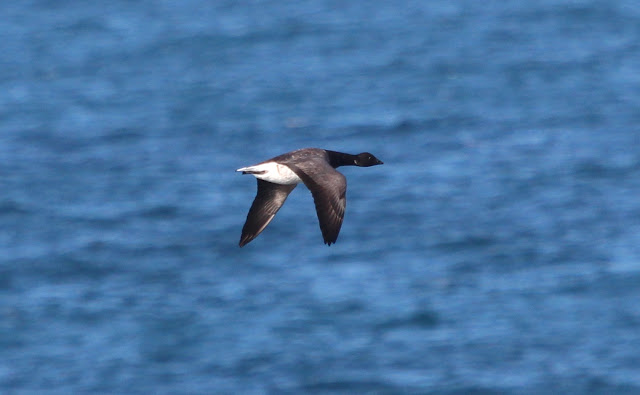 For anyone interested in checking out more records of migrant landbirds at sea then I’d suggest looking up the North Sea Bird Club website and Facebook page, the #birdsonboat hashtag on Twitter and Kevin Duffy’s pics which he often posts on Twitter from an oil rig off Shetland. 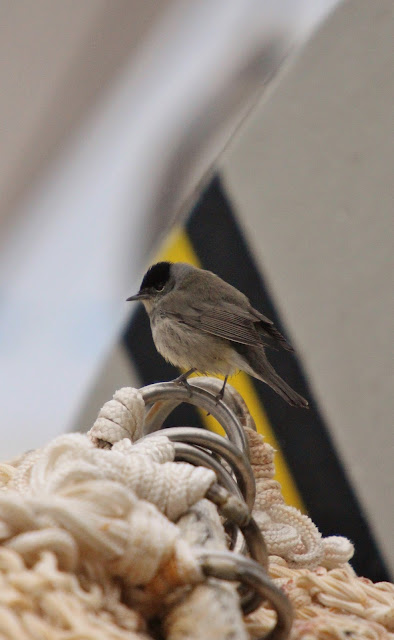 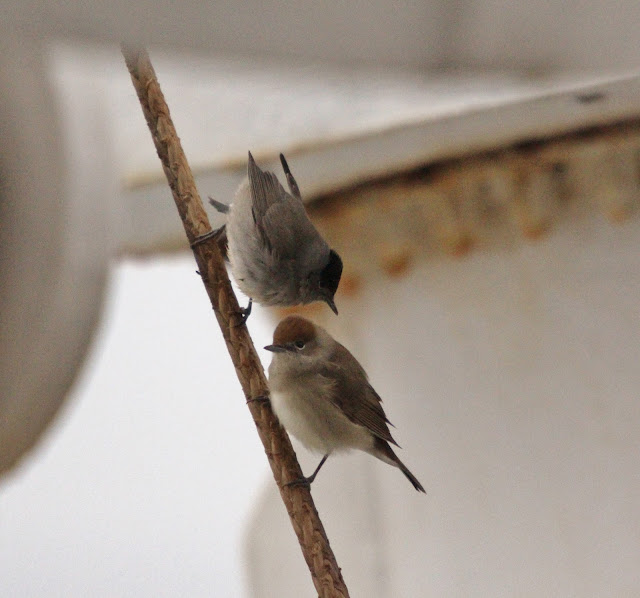 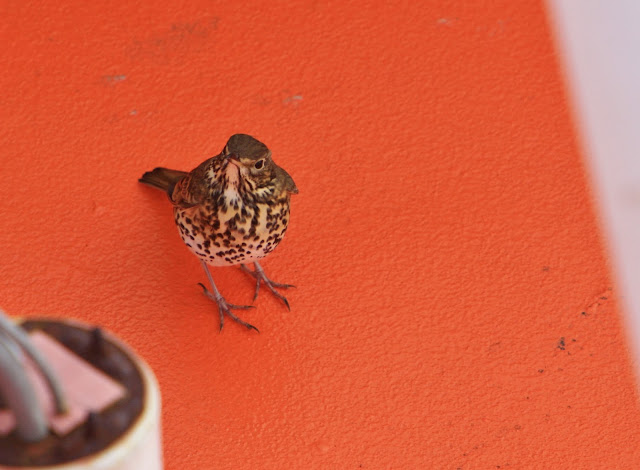 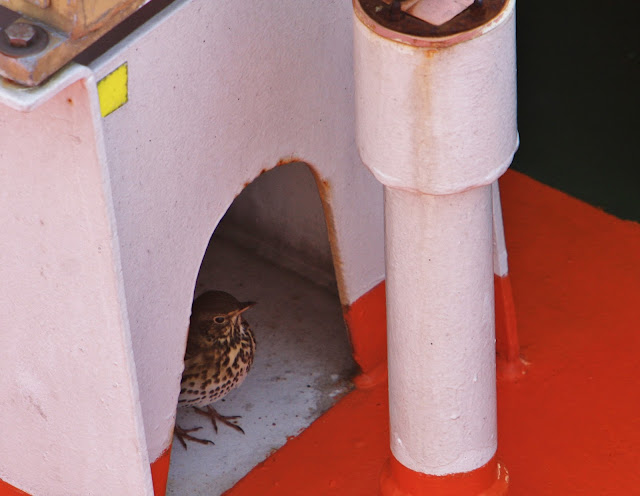 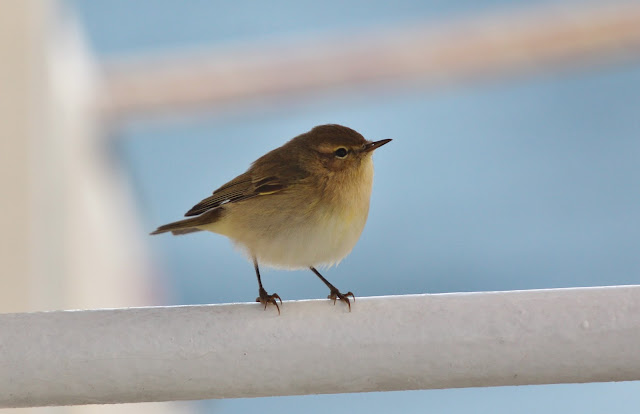 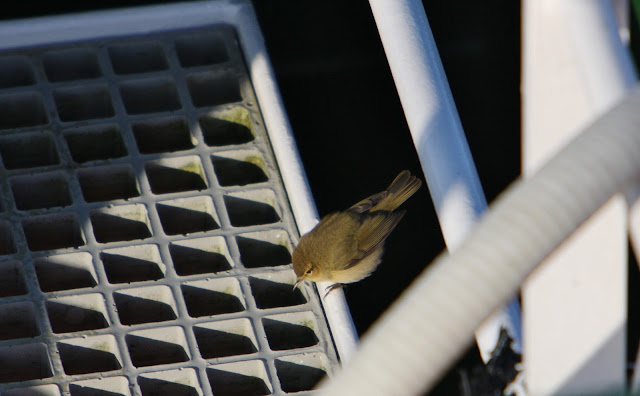 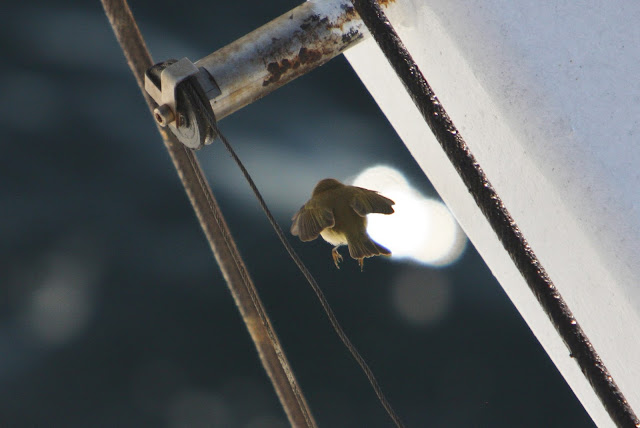 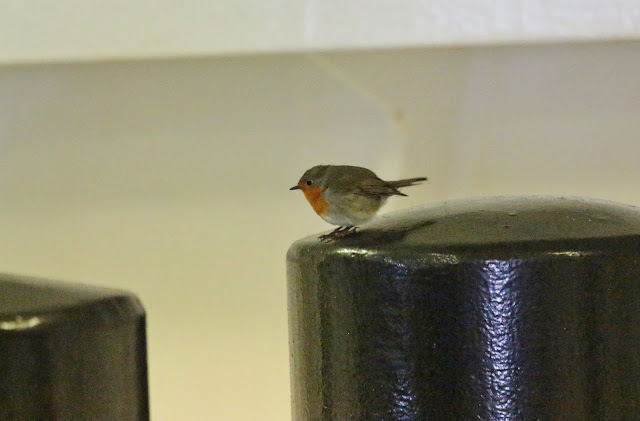 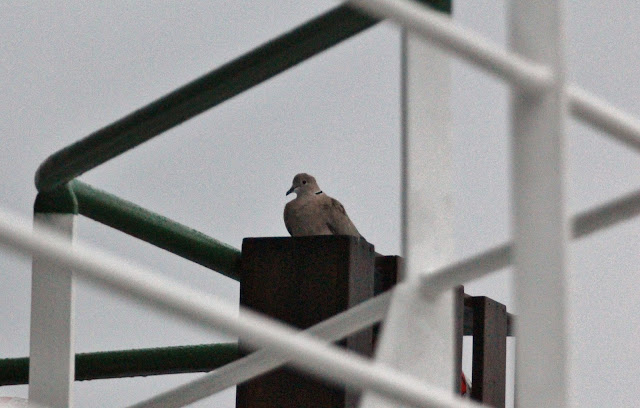 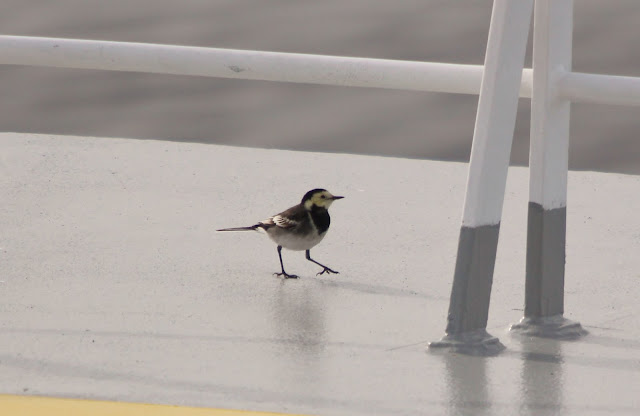 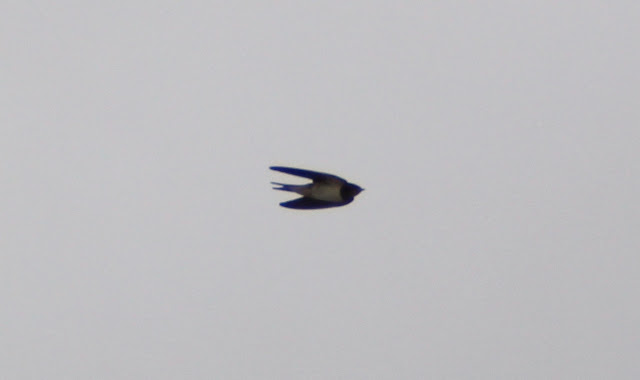 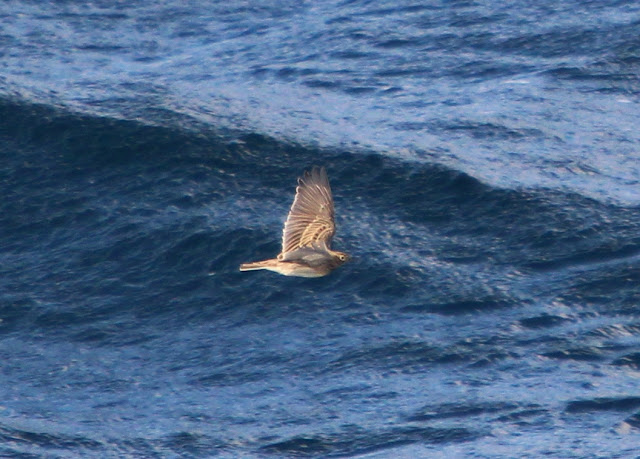 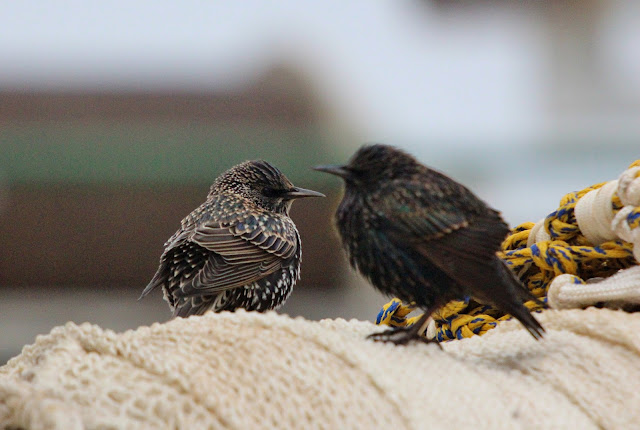