Introduction
The Marine Institute's RV Celtic Explorer will once again be taking part in the Blue Whiting Acoustic Survey (BWAS) this year (18th March to 7th April) over the Rockall Trough, starting with the Porcupine Bank in the south and working north to the Rockall Bank and beyond before heading back to Galway via the west coast of Scotland.

This fisheries acoustic survey will assess the spawning stock of blue whiting which can be found in the deep waters along the Rockall Trough in early spring. A team of observers will be on board again this year in order to carry out a survey of marine mammals and seabirds found in this region. 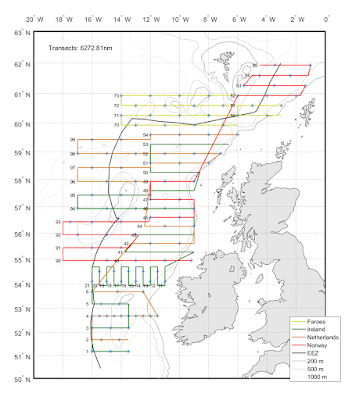 
Sean O'Callaghan is our dedicated Marine Mammal Observer (MMO) for the trip and he will carry out visual surveys for marine megafauna (whales, dolphins, seals, turtles etc) for the Irish Whale and Dolphin Group (IWDG) from his perch in the crow's nest, continuing the long term monitoring project during BWAS since 2004 by the group. Sean is in his third year of the Applied Freshwater and Marine Biology degree at GMIT and is no stranger to marine mammals, having been involved with previous IWDG surveys both inshore and offshore on RV Celtic Explorer, RV Celtic Mist and RV Song of the Whale over the past year alone as well being involved with the new IWDG North Kerry Local Group.

Surveying for cetaceans will not be limited to just visual detection as a hydrophone will be towed underwater behind the ship while travelling along the transect lines. This will allow our Passive Acoustic Monitoring (PAM) operator Aude Benhemma-Le Gall to listen out for the calls made by whales, dolphins and porpoises. Aude is based in Galway this year to work on her thesis as part of the International Master of Science in Marine Biology and Conservation (EMBC+) which will focus on static acoustic monitoring of harbour porpoise at the Galway Bay Marine and Renewable Energy Test Site.

The seabird team from Marine and Freshwater Research Centre, GMIT is led by PhD student Niall Keogh who is collecting data on offshore seabird distribution, abundance and behaviour in Irish waters through visual surveys for the fourth year in a row now during BWAS. This will be the first of four surveys on RV Celtic Explorer which Niall will join this year in order to undertake seabird surveys for his research. Carlota Vialcho Miranda is another EMBC+ student working on her thesis in GMIT (distribution, abundance and habitat use by the coastal population of Irish bottlenose dolphins) and will be joining the seabird team this year with Niall for her first experience of Atlantic seabirding! 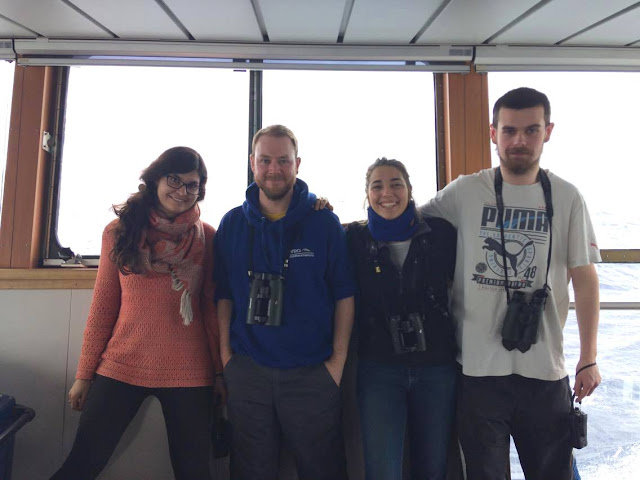 The RV Celtic Explorer is one of four research vessels taking part in the Blue Whiting Acoustic Survey, with vessels from Norway, the Faroe Islands and the Netherlands also involved. William Hunt is on the Norwegian vessel (FV King's Bay) as MMO for MaREI with Laila Higgins on there also through the Foreign Vessel Observer Scheme. The Dutch vessel (MV Tridens) will also have Ailbhe Kavanagh (MaREI) as MMO and Gary Kett as the representative for the Foreign Vessel Observer Scheme. So between us all we should manage some great coverage of the Rockall Trough area over the next three weeks.

Blog readers can stay updated with our progress and view the latest pics and sightings over the course of the survey by checking in every few days here on the blog, by liking our Facebook page or by following the #BWAS2017 and #RVCelticExplorer hashtags on Twitter.


The marine mammal species we typically see during BWAS trips are those which prefer the deep water habitats around the Rockall Trough to the west of Ireland and Scotland. These include long-finned pilot whale (usually the most abundant species seen) and sperm whale (frequently seen) as well as occasional sightings of the mysterious beaked whales (Sowerby's and Cuvier's beaked whales have been recorded during BWAS in recent years). Along the slopes of the continental shelf edge we expect to see fin whales and have been lucky with sightings of striped dolphin and white-beaked dolphin in such areas last year. Over the shallow shelf waters we would hope for Minke whale, common dolphin, harbour porpoise and grey seal. Killer whales were seen during BWAS 2013 and a repeat performance would be most welcome! 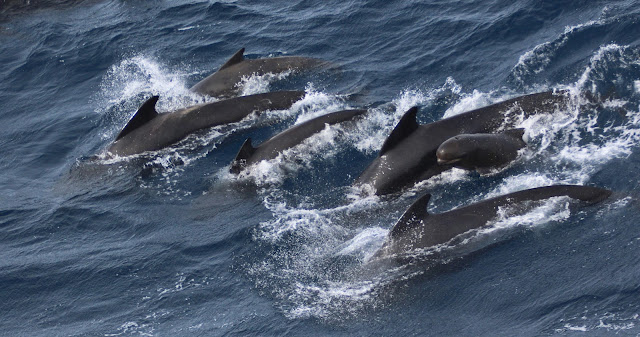 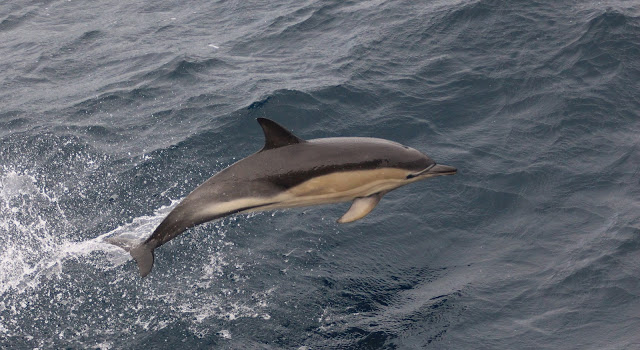 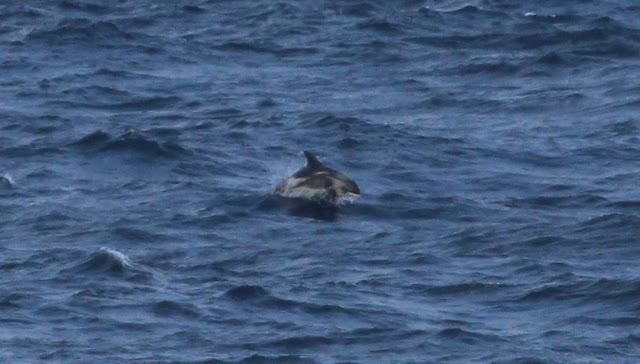 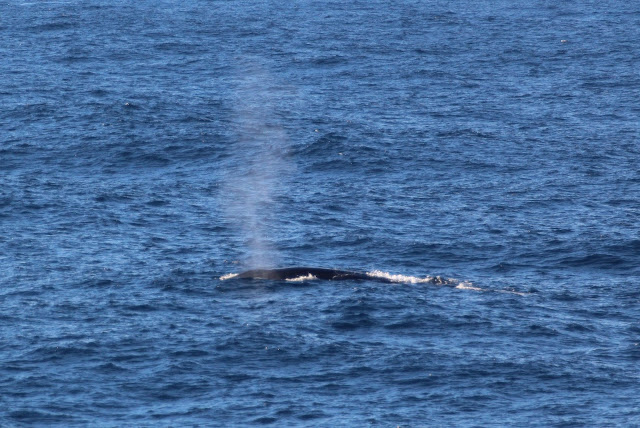 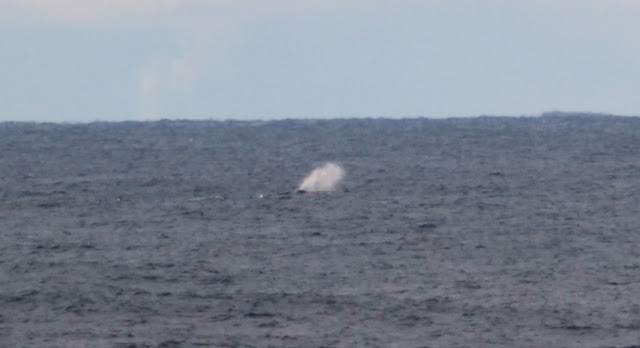 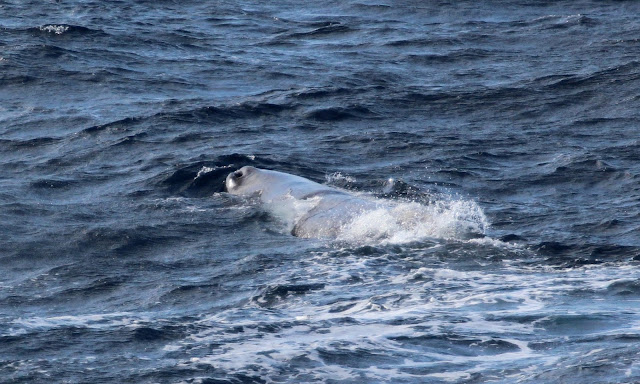 Seabird species diversity during BWAS is generally found to be lower than on other survey trips which occur later in the year (especially in autumn). During March and April, most of our seabirds will be preparing for the approaching breeding season and as such might already be back at or close to their colonies. Furthermore, those species which would have migrated here from further afield for the autumn are probably already back at their own breeding grounds in the Mediterranean or sub-Antarctic. That being said, we can expect to see an interesting mix of species over the next few weeks as the tail end of the winter season changes into spring.

Fulmars, gannets and kittiwakes will make up the large bulk of the birds recorded offshore, where they will be actively foraging in order to get themselves into good condition for breeding. Small numbers of Manx shearwaters, great skuas and lesser black-backed gulls will be seen most days, having spent the winter further to the south and now making their way back north to their colonies. A handful of scarcer Arctic breeders such as little auk, glaucous gull and pomarine skua should be encountered too and we sometimes record more unusual species for the time of year such as great shearwater, sooty shearwater and Leach's storm-petrel which would be more associated with late summer and autumn in Irish waters. 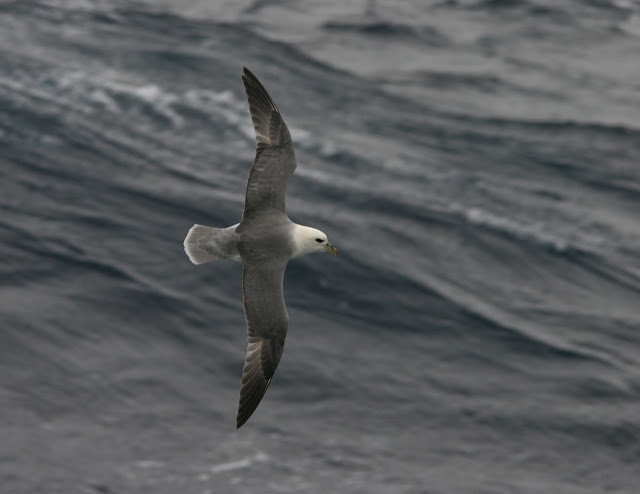 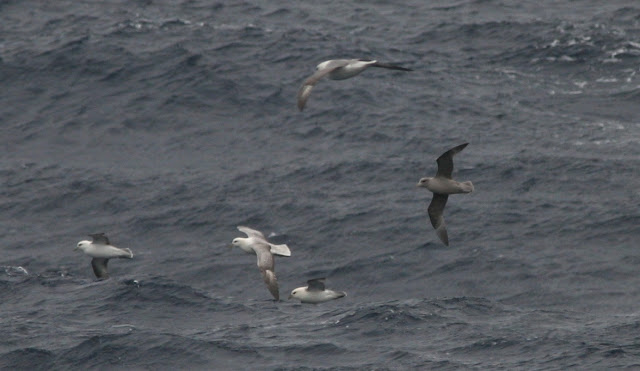 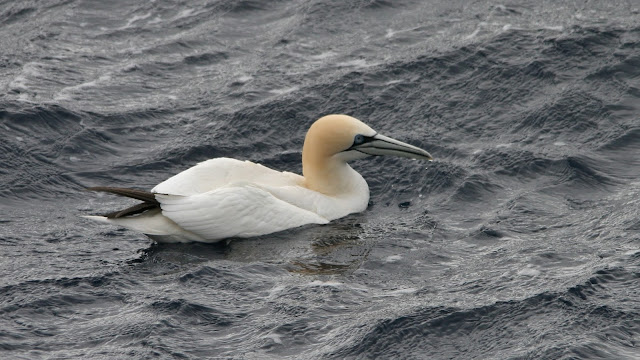 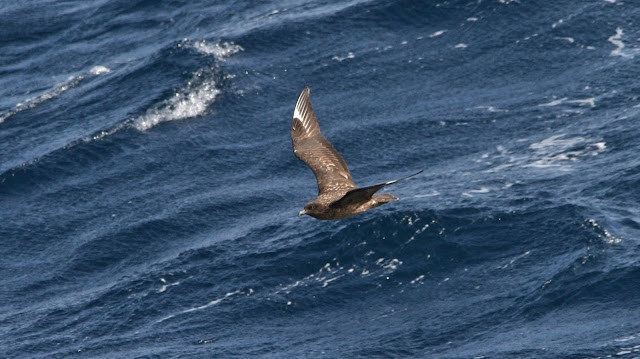 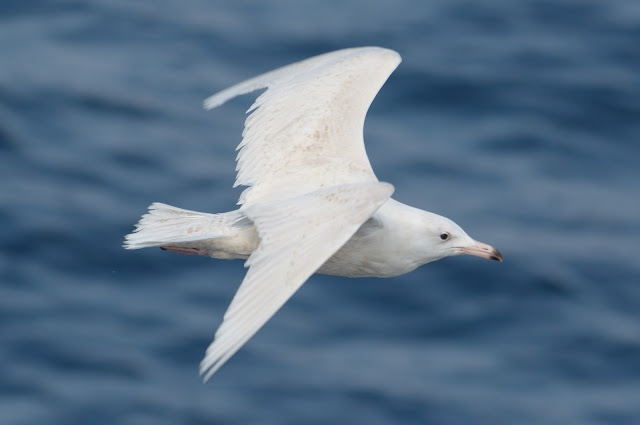 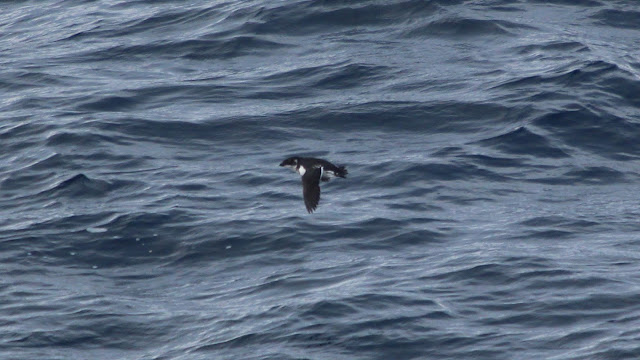 As spring migration of birds gets underway, we can also expect to see some terrestrial species on or around the ship while offshore. This often happens during periods of bad weather (mist, rain, high winds) when birds can become tired or disorientated and land on the ship to rest or circle it in flight. Usually we will see species which are on their way to Iceland for the breeding season and those which land on the ship are often songbirds such as redwing, meadow pipit or wheatear, which can be brought down by bad weather. Conversely, flocks of pink-footed geese or whooper swans can be seen passing overhead in V-formation on clear, sunny days. From time to time something more unusual can turn up, such as bizarre sightings of water rail and collared dove during previous surveys which were well away from the nearest point of land. These are thought to be birds which migrated too far past the west coast (known as 'overshooting') and usually occur when easterly winds prevail. 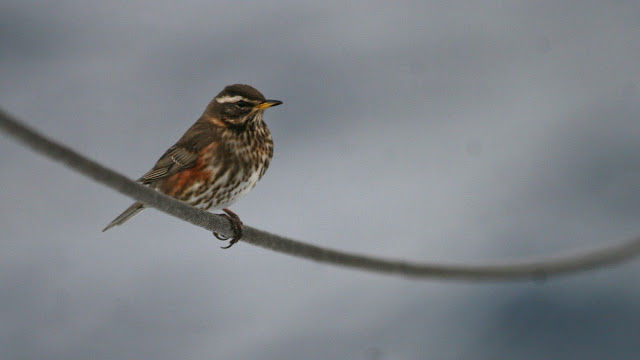 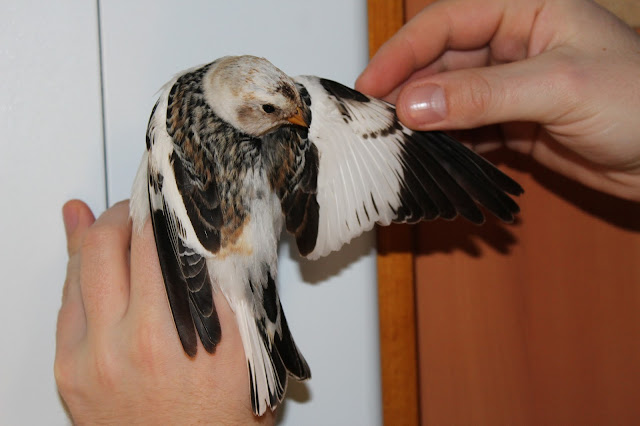 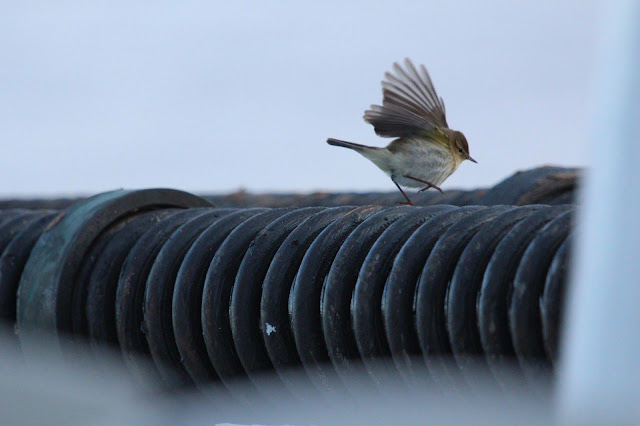 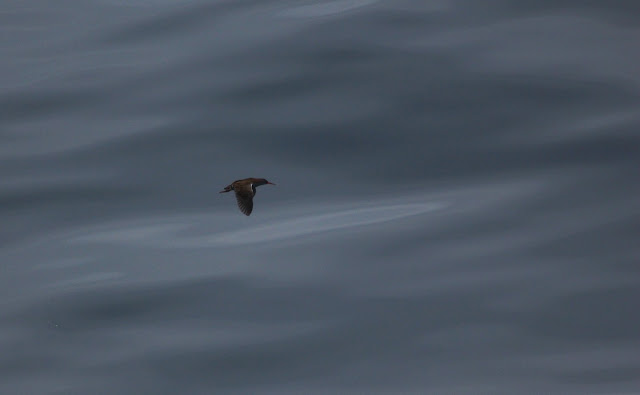