Introduction
Every year since 2004, an acoustic survey of the winter spawning herring stock which can be found in the Celtic Sea off southern Ireland has been conducted by the Marine Institute from the state research vessel, RV Celtic Explorer. The Celtic Sea Herring Acoustic Survey (CSHAS) will be carried out once again this year across three weeks during October. Working alongside the fisheries survey, a team of seabird and marine mammal observers will be on board, documenting the distribution and abundance of top marine predators often associated with herring and sprat in the Celtic Sea region. 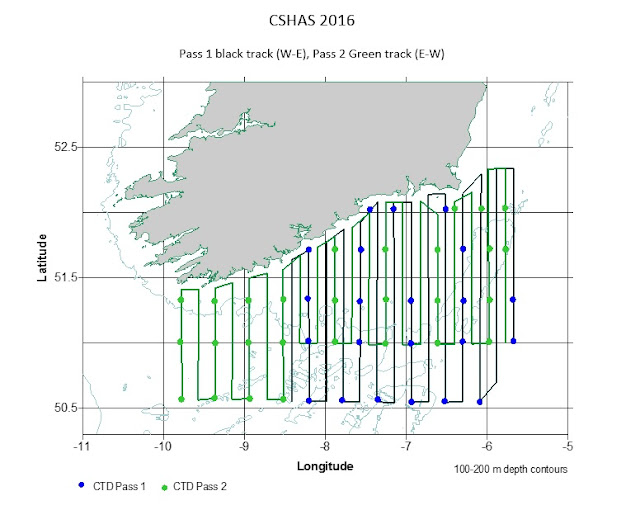 The seabird team hails from the Marine and Freshwater Research Centre, GMIT and is led by PhD student Niall Keogh. This year marks the fifth in which seabird surveys will be carried out during CSHAS. Building data time series such as this forms the basis for Niall's research on seabird ecology in Irish offshore waters as well as feeding into the Celtic Sea Ecosystem Tipping Points project.

Gary Kett has joined the seabird team this year after spending the summer as a research assistant at the Shannon Dolphin and Wildlife Foundation in Kilrush, Co. Clare.

Meadhbh Quinn will carry out marine megafauna surveys for Irish Whale and Dolphin Group (IWDG) from the crow's nest, continuing long term monitoring of whales, dolphins, seals, turtles etc. during CSHAS over the past twelve years by the group. In addition to acting as coordinator for the Shannon Dolphin and Wildlife Foundation centre in Kilrush, Meadhbh is also the current Membership Officer for IWDG.

Blog readers can stay updated with our progress over the course of the next three weeks by checking in every few days here or on our Facebook page to view the latest pics and sightings. We hope you enjoy!... 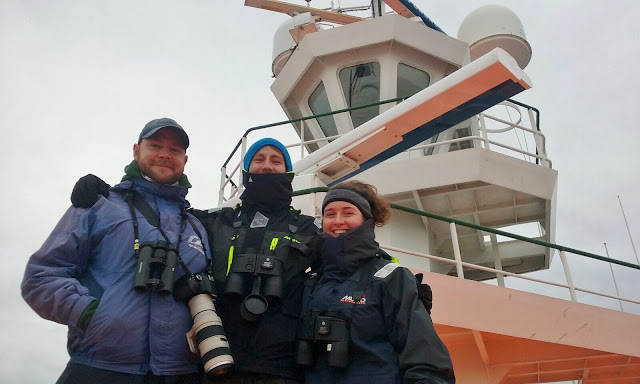 Day 1: Friday 7th October
Mobilisation for CSHAS 2016 on board RV Celtic Explorer took place on Friday afternoon at Galway docks. After a safety tour and scientific staff meeting, we set sail at 8:30pm in order to make our way towards Dunmanus Bay in West Cork for Saturday afternoon where the fisheries acoustic equipment will be calibrated before beginning the survey transect lines.

RV Celtic Explorer docked in Galway and the pilot boat seeing us out safely that evening (c) Niall T. Keogh

Day 2: Saturday 3rd October
Dawn on our first day at sea saw us steaming south past the Blasket islands, Co. Kerry. After a hearty breakfast, the seabird and marine mammal observers headed out on deck for a few hours to 'get the eye in' before reaching the survey transect lines.

From the off it was a busy morning, as is always the case in this area during autumn. Flocks of sooty shearwaters wheeled about to and fro as if in search of something hidden from our eyes, only later to consolidate themselves under groups of diving gannets which gave away the presence of lunge feeding baleen whales. All this foraging activity was due of the bounty of sprat in the area, as observed by the fisheries team monitoring what is present in the  water column underneath the ship as we go.

In total we observed four minke whales amongst feeding flocks of seabirds and had an all too brief encounter with a single humpback whale, blowing and surfacing several times as it made a beeline for a feeding group of seabirds and whales just a few kilometres to the southwest of the Skelligs.

Common dolphins followed the ship throughout, as expected. Our third cetacean species of the day will no doubt be our most abundant species for the rest of the trip. Rounding off the list of 'marine megafauna' was a single ocean sunfish, being tended to at the surface by a lesser black-backed gull (presumably checking it out for parasites to pick off and eat?). 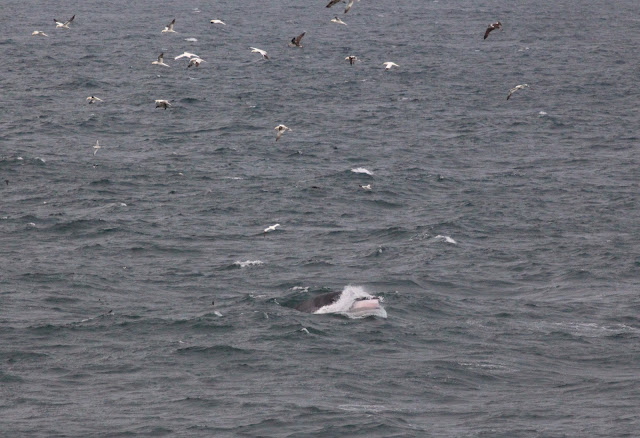 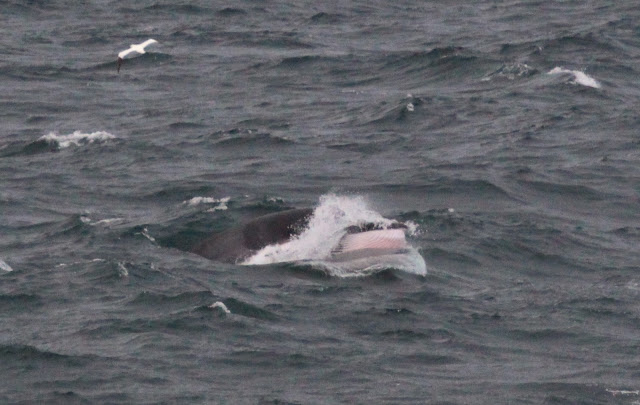 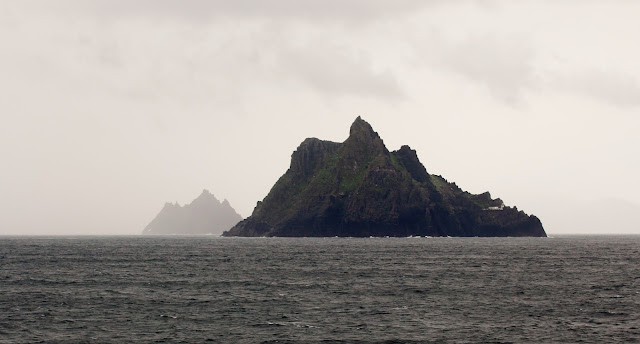 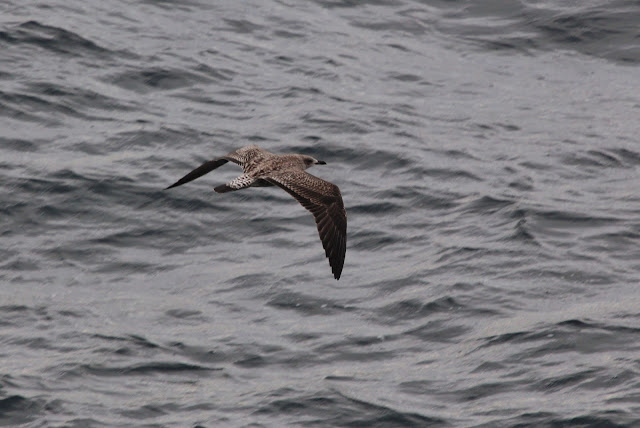