Skipping ahead a bit here since the last blog update but doing so in order to share some notes and pics from an absolutely superb day spent watching an impressive abundance of 'marine megafauna' over the Celtic Deep, well to the south of Co. Wexford.

As the first rays of dawn broke, a peek out the cabin porthole revealed a flat calm sea and visibility clear to the horizon line. After a quick breakfast we were on deck and ready for action. Within minutes the seabird team picked up a small group of harbour porpoise off our port side which when radioed in to the marine mammal team was met with a reply of "we're watching more off to our starboard!". After trying (and failing) to spot some porpoises during the inshore legs of our transect lines off Cork, Waterford and Wexford over the past two weeks, we were surprised to finally encounter them this far offshore and what's more, we weren't expecting to see so many! Every time we scanned we seemed to find more and more porpoises and at one stage a single scan across the view-shed revealed no less than 58 animals! Final tallies for the day almost reached 200 animals!

Consulting with the Marine Institute fisheries scientists in the lab who were monitoring the underwater acoustic images being recorded by the ship, it was clear that there was a lot of activity going on below us with masses of plankton, krill, forage fish (herring) and even a plethora of bluefin tuna showing up! This abundance below water was certainly mirrored at the surface and in addition to the harbour porpoises we noted lots of common dolphins, racked up no less than fifteen sightings of Minke whales, two fin whales (one of which crossed right in front of the bow at close range), a single humpback whale, an Atlantic grey seal, several breaching bluefin tuna and even some blue sharks swimming at the surface (being able to see the latter is a testament to how calm the conditions were).

No doubt there was some duplication in sightings at play due to the close proximity of the parallel survey transect lines, yet the marine mammal observers in the crow's nest still amassed an impressive total of 78 sightings involving up to 500 animals!

After a ten hour day out on deck we are all a little tired and more red in the face than usual so I'll finish up and let the following selection of pics tell the rest of the story... 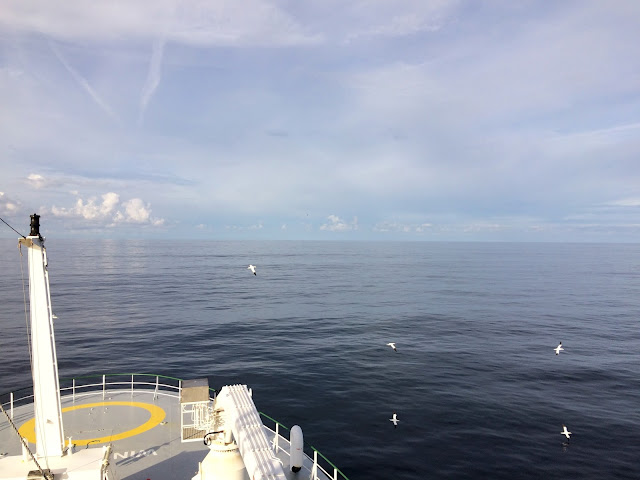 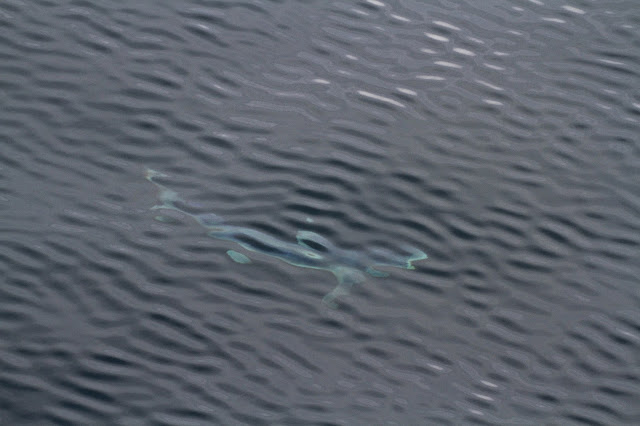 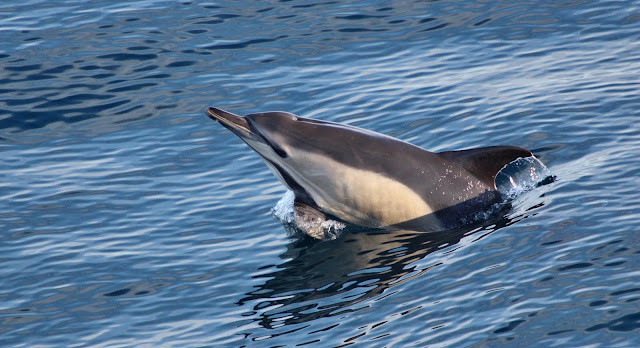 This common dolphin showed exceptionally well, actively surfacing just metres away from the ship. Closer examination of the pics suggest it may be unwell. The protruding rib-cage and sunken appearance behind the skull (known as a 'post-nuchal depression') indicate that it is in poor body condition (c) Niall T. Keogh 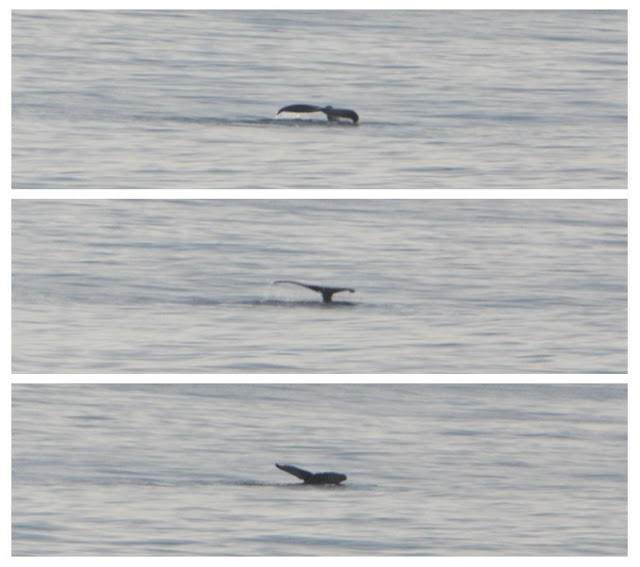 But after a while the humpback eventually treated us to a nice tail-fluke! (c) Meadhbh Quinn 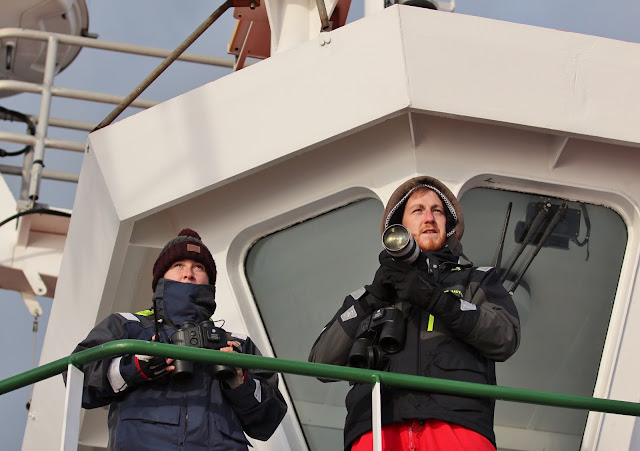 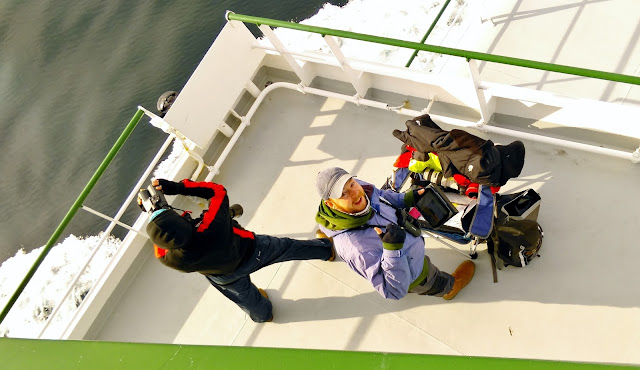