CSHAS Days 5 to 10: Sunny Southeast and the Celtic Deep

We have been playing a game of cat and mouse with some of the largest animals in the ocean over the past week… the whales are currently winning out!

While enjoying excellent weather off Cork during the first few days of the survey, both fin and humpback whales were being seen from headlands in West Waterford (many thanks to Andrew Malcolm for the updates!) but by the time we reached this area the weather had deteriorated to the point such that no large whales were spotted. 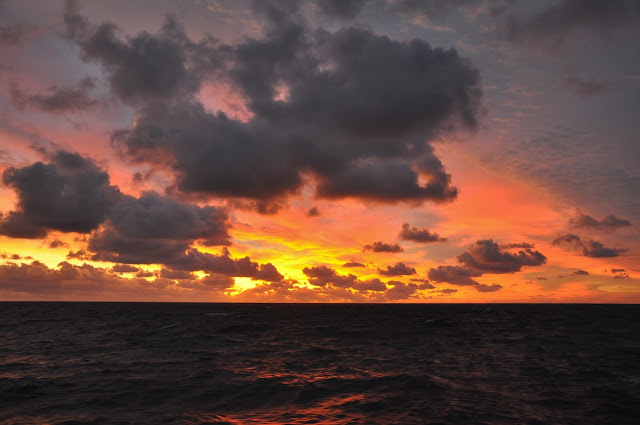 
Similarly, while enjoying the gannet spectacle over the Celtic Deep, our fellow seabird and cetacean surveyors on RV Cefas Endeavour (taking part in the Peltic Survey) encountered up to 12 fin whales on their transect lines just east of us! We saw two Minke whales ourselves that day and as delightful as they are, we were somewhat dismayed to learn that their larger cousins eluded us once again.

The next day, while making our way north along a transect line towards the Saltee islands off Co. Wexford, excellent sea conditions and visibility allowed us to spot two sets of large baleen whale blows several kilometres off which most likely came from fin whales due to the tall and narrow nature of the blows. Another large baleen whale blow was then recorded over the Celtic Deep well to the northwest of Cornwall but the animals body (and thus identity) remained hidden by heavy swell. Slow progress!

Common dolphins have thankfully remained abundant, ensuring Meadhbh has been busy racking up the sightings from the crow’s nest. Mostly small groups noted but one sighting of 60+ animals bounding towards the ship with great enthusiasm in rough seas made for quite the sight. A small group of bottlenose dolphins seen on the inshore section of a transect line to the east of Cork Harbour were too distant to get usable dorsal fin pics for photo-ID purposes but it is likely that they are from the 'coastal' group, one of three populations known to occur in Irish waters. We’ve also had a sighting of unidentified dolphins over the Celtic Deep which were most likely bottlenose again.


Bluefin tuna and Portuguese man o’ war continue to be seen here and there; attempts at capturing breaching tuna on camera are slowly but surely getting better… 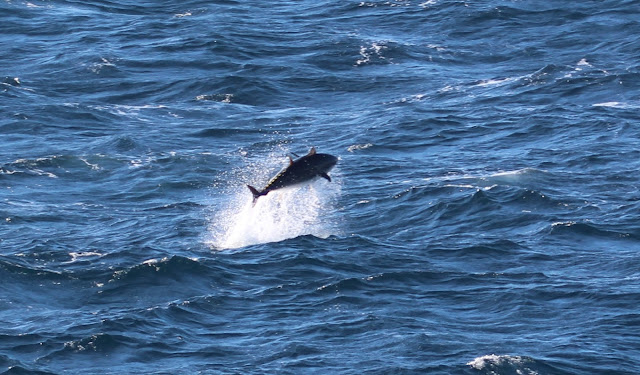 A couple of stowaways were also reported to us by the crew! Recently fledged juvenile European storm-petrels out at sea for the first time can become disorientated during rough weather, get attracted to the lights of ships, land on the deck and then find it difficult to get airborne again. Two such birds were found nestled in the corners of the deck and whilst initially looking a little bedraggled and waterlogged, were allowed some time to rest and dry off in our special ‘stormy hotel’ (a box!) before being released safely overboard the following morning. With any luck they will survive and live long and healthy lives (some storm-petrels are known to reach 30 years old!). 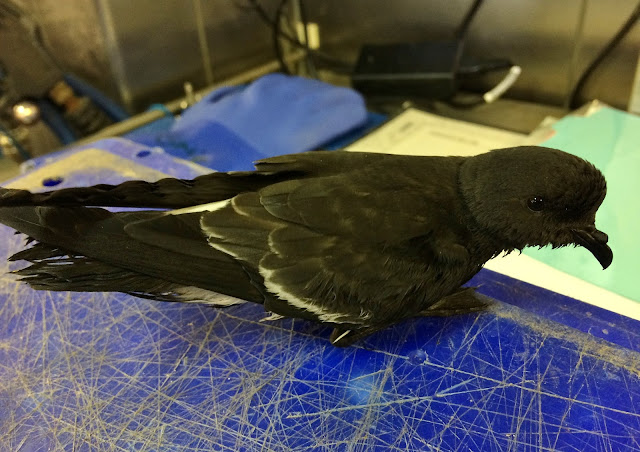 
The seabird list for the trip now stands at 25 species after cormorant, grey phalarope, black-headed gull and little gull were added over the past few days. Guillemots and gannets remain by far our most abundant species recorded each day whilst plenty of interest is being added by good numbers of great skuas, yet more yellow-legged gulls (survey tally now at seven birds), occasional sooty shearwaters, puffins, Arctic skuas, small flocks of European storm-petrels, a single Balearic shearwater east of Hook Head and fantastic views of great shearwaters following the ship while some 35 nautical miles northwest of St Ives, Cornwall. 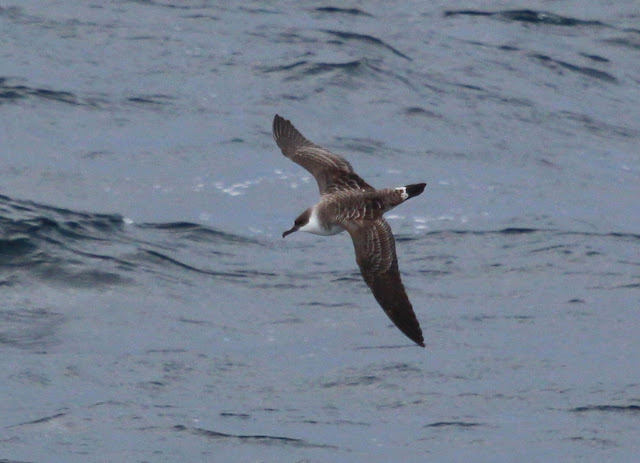 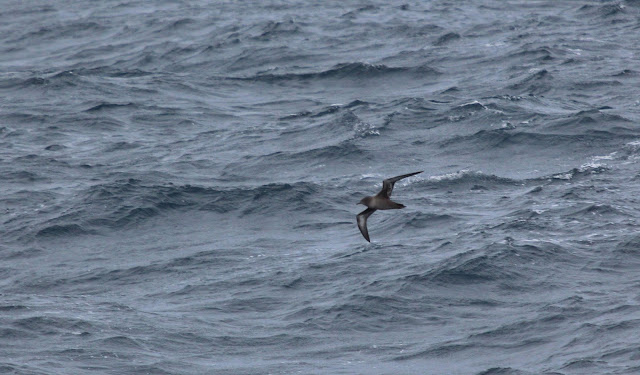 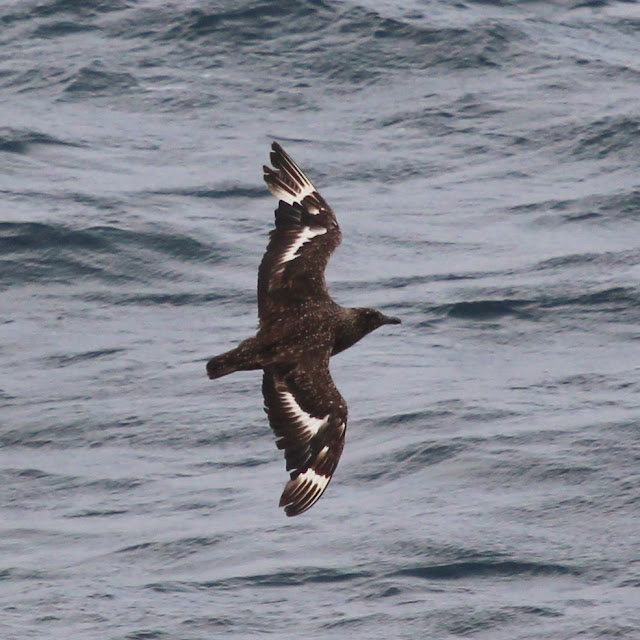 Most great skuas seen in the Celtic Sea at this time of year are in the midst of active wing moult (c) Niall T. Keogh 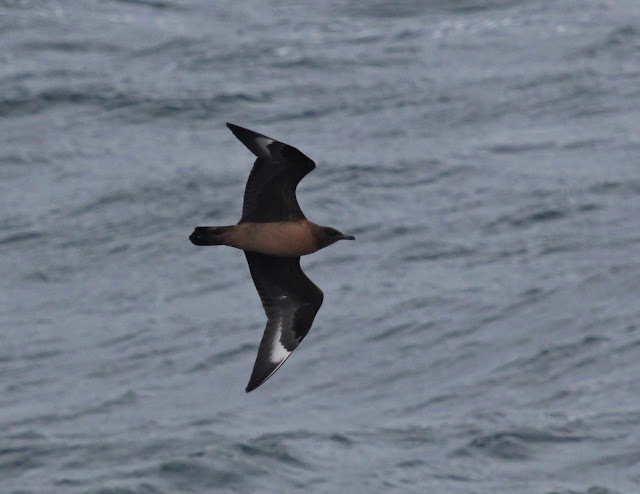 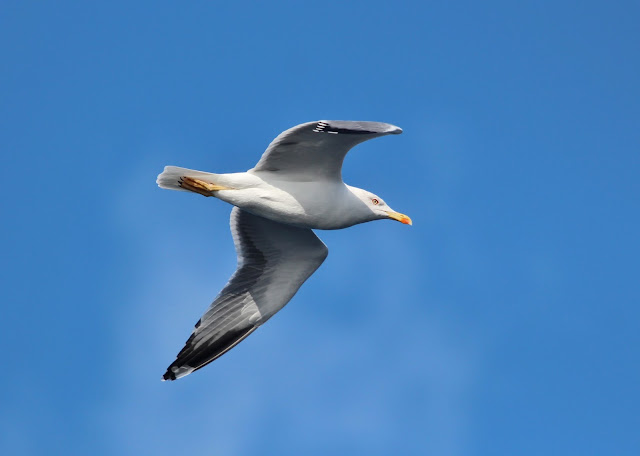 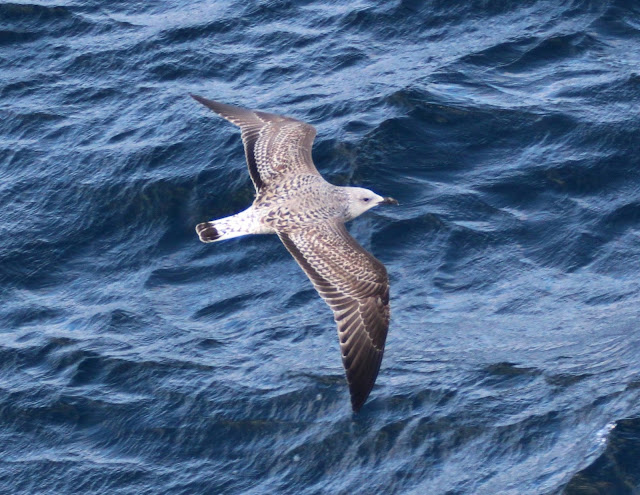 Arrivals of migrant landbirds continued throughout with more meadow pipits, alba wagtails, swallows, redwings and chiffchaffs noted plus additions of skylark, song thrush, starling and even a tiny goldcrest (arguably one of the world’s greatest migrants… a wee bird capable of making almost 1,500km long journeys in just 20 days, across open water and weighing in at just 5 grams!). 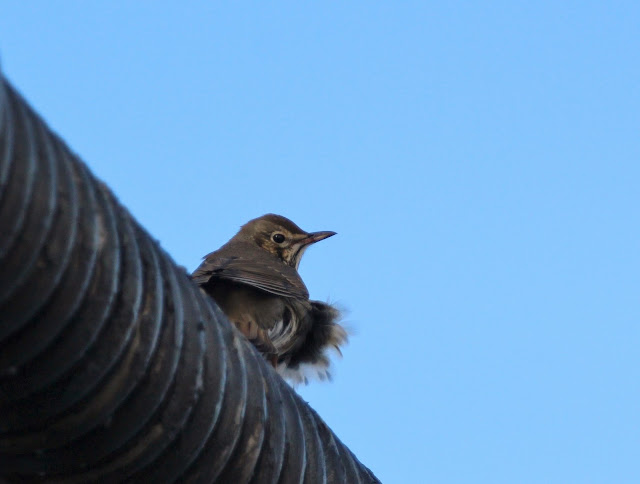 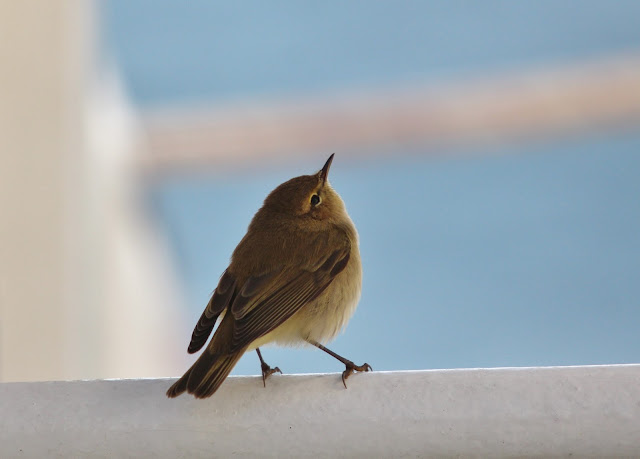 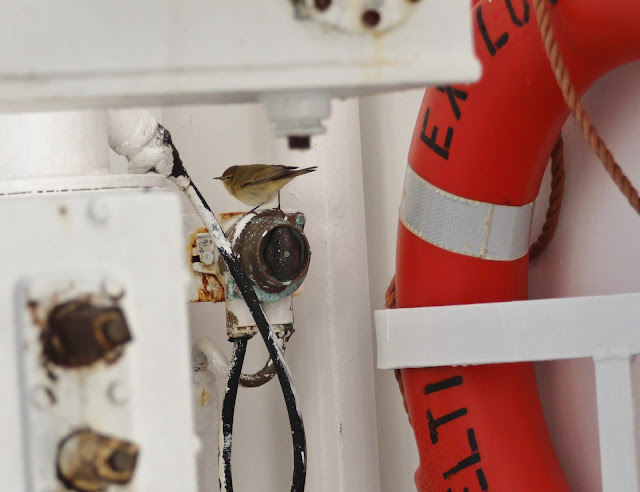