After leaving the coast of Mayo behind us, we steamed west and made way for the offshore section of our survey tracklines, over the Porcupine Bank (location marked on map at the bottom of the blog post).

The weather has been mixed, switching between nice enough sea states of 3 but interrupted by bouts of increased wind speed and swell height, reaching sea state 5 or even 6. Saying that, we've managed some good survey time out on deck and made the most of it.

Cetacean sightings have been at a premium, with a single sighting of c10 common dolphins coming in to bow ride the ship the best on offer. The views were super however and the group included two calves, one of which displayed some birth lines still present along its side. See if you can spot these in the pics below.


Further records of marine mammals were logged by the PAM team in the form of vocalisations detected on the hydrophone. Among the various whistles and clicks that were heard, some were attributed to pilot whales. We hope to get some sightings of pilot whales in the deeper parts of the survey route. Other marine fauna noted included two ocean sunfish, an Atlantic grey seal and a load of goose barnacles.

The sunfish were seen just below the observers platform as we steamed past at close range. Ocean sunfish (often referred to by their scientific name, Mola mola) can grow to impressive sizes and reach a grand old age but the ones we spotted were small enough, as in just less then a metre long! They are relatively abundant in Irish waters during high summer and early autumn with the bays of Clare and Kerry particularly good places to see smaller, younger individuals like the one pictured below. 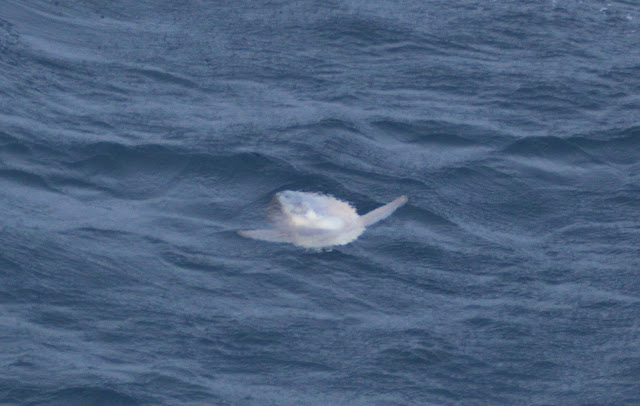 
The Atlantic grey seal was first detected while watching a Cory's shearwater. The seas were quite rough at the time and not much activity was being noted so we took the time to enjoy views of the shearwater when all of a sudden it stopped, circled back and begun pottering about where the seal surfaced! Nice example of the links between top marine predators, which often work with each other (both directly and indirectly) in order to make the most of food resources. It may come as a surprise to some blog readers that we saw a grey seal out here on the Porcupine Bank some 200km west of Galway but there impressive offshore foraging trips have been detailed before in tracking studies undertaken in Ireland. 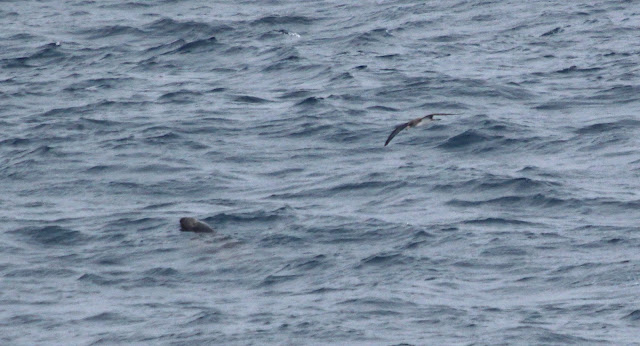 
Aside from marine megafauna, we have also been recording various bits of marine litter and debris which we encounter on our survey track lines. One such item was a log covered in goose barnacles! 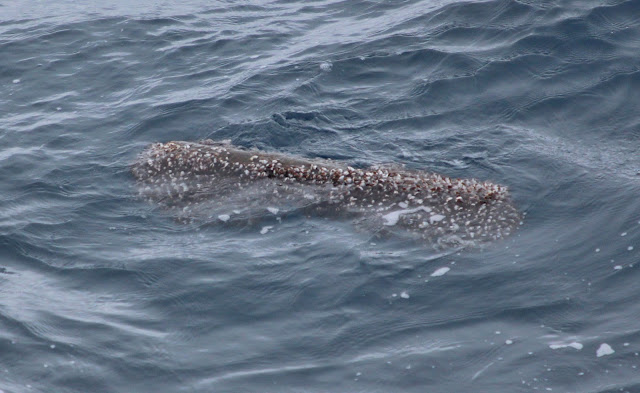 Small numbers of Cory's, great, sooty and Manx shearwaters have been recorded over the bank along with a good scattering of European storm-petrels and a few skuas (great, Arctic and pomarine). Numbers of gannets, fulmars and kittiwakes have been quite low but they are our constant companions, following the RV Celtic Explorer along with a lesser black-backed gull.

Cory's shearwaters breed on the Atlantic islands of Madeira, Azores and the Canaries. Their post-breeding migration route takes them to the waters off Brazil, the east coast of North America and around via Southwest Ireland by late summer/early autumn.

Great shearwaters, sooty shearwaters and Wilson's storm-petrels all hail from breeding grounds in the Subantarctic (islands off the tip of South America, Tristan da Cunha etc). Their migration routes mirror that of Cory's shearwater in many respects when they are in the North Atlantic but they do have to travel up from a different hemisphere to get there in the first place!

This feat is particularly impressive for Wilson's storm-petrel, which weighs in at just 40 grams or so! Wilson's were once considered quite a rarity in Northwest Europe but we now know they are to be expected year each as regular visitors in Irish offshore waters but in varying numbers between years. In their core range they are incredibly abundant and are thought to be the most numerous seabird on the planet. Despite this, for an Irish seabirder they still 'feel' like a rarity so it was a pleasure to see two different birds between yesterday and today. More to come hopefully! 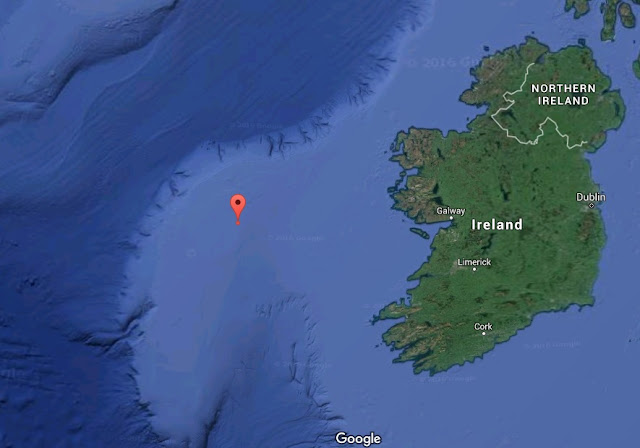