After finishing up our survey tracklines over the Porcupine Bank, we spent a few days checking out the shallow shelf waters to the west of Galway Bay. Seabird and cetacean species encountered here were those more typically associated with inshore areas, Manx shearwaters and common dolphins dominating the totals in each category.

Sea conditions were variable and on the evening of 14th July, heavy mist and rain dampened our hopes of seeing much. Then at about 8pm while some 20km NW of Loop Head, we started noting a lot of common dolphins following the ship and foraging in association with rafting flocks of Manx shearwaters.

Scanning through these mixed groups later revealed a large minke whale which parted a flock of shearwaters in two as it surfaced and then all of a sudden, the unmistakable 'gnarly' profile of a humpback whale surfaced closer again! Those of us on watch at the time put a call out on the walkie-talkies and after gathering all observers together we were able to confirm the presence of three humpbacks around the ship! One of them even did us the honour of tail-fluking right off the stern of RV Celtic Explorer!

It was a real treat to see this group of large baleen whales not far from the Clare coastline. It wasn't all that long ago that humpbacks were considered a rarity in Irish waters, and now they are well known between Kerry and Wexford but their move into Clare waters seems to be a more recent development. How times have changed! (and what further changes await?) 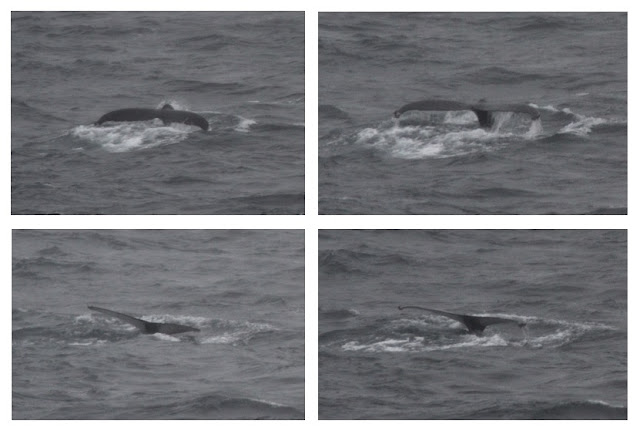 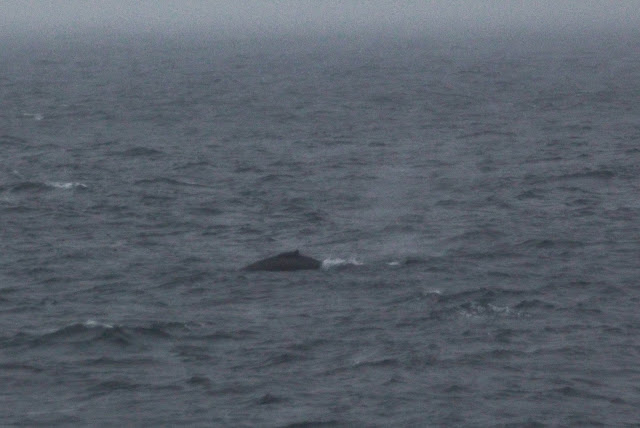 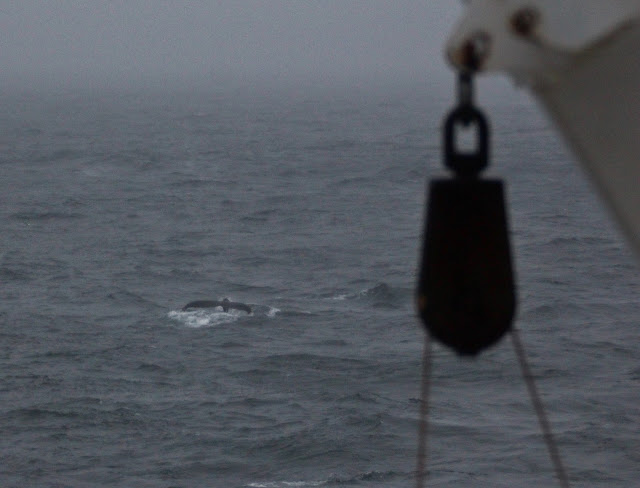 
Common dolphins are the 'bread and butter' cetacean species for any survey in Irish waters. While they are widely distributed and abundant, they are always a delight to watch, especially when following the ship on clear, sunny days. We've noticed at least three melanistic individuals among the various groups so far through the survey. These darker colour variants are infrequently encountered and can cause momentary confusion, almost looking like a different species. Check out Dan Brown's blog post about them on the Birding Frontiers website. 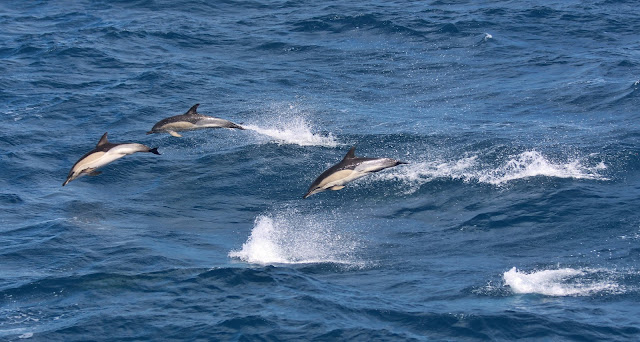 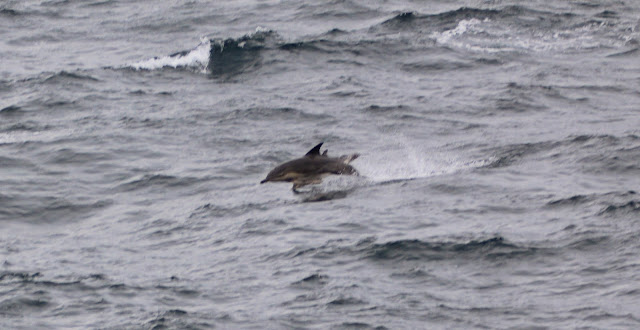 
Also included in our tallies for the past few days in this area was the first basking shark of the trip well west of the Aran Islands and a decent sized ocean sunfish, perhaps up to 2m in length, west of Kerry Head. 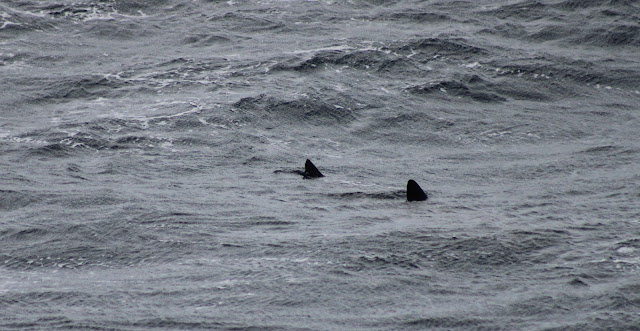 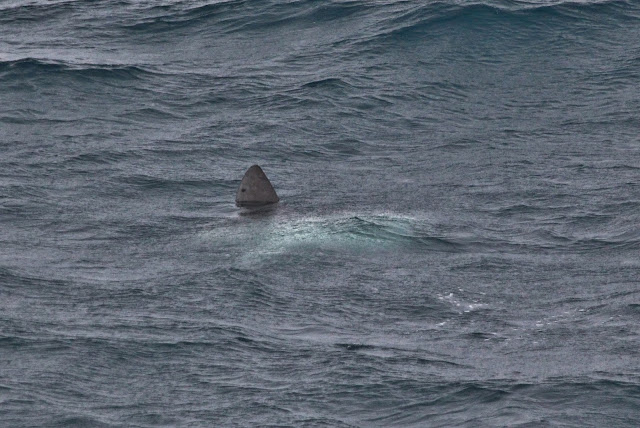 A general increase in the abundance and diversity of seabirds was noted, as expected for inshore areas closer to the breeding colonies. It was nice to get good views of great skua, puffin, Arctic tern etc. as well as recording yet more Wilson's storm-petrels, this time two birds among a flock of 15 European storm-petrels some 40km southwest of Slyne Head on 13th July. 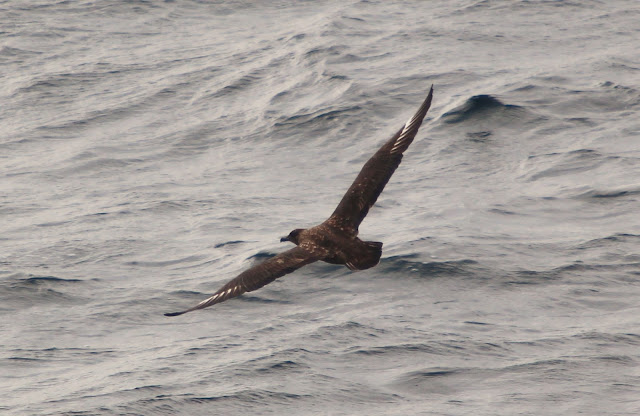 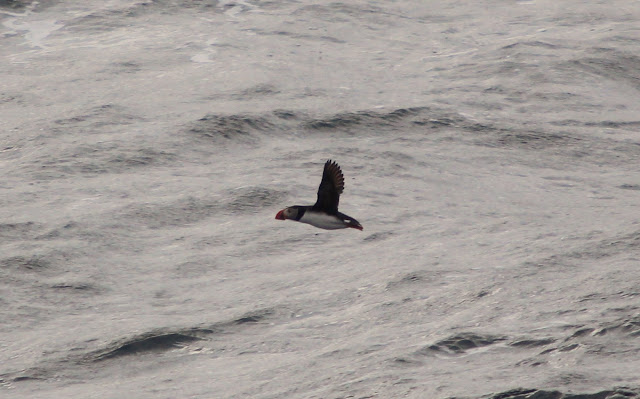 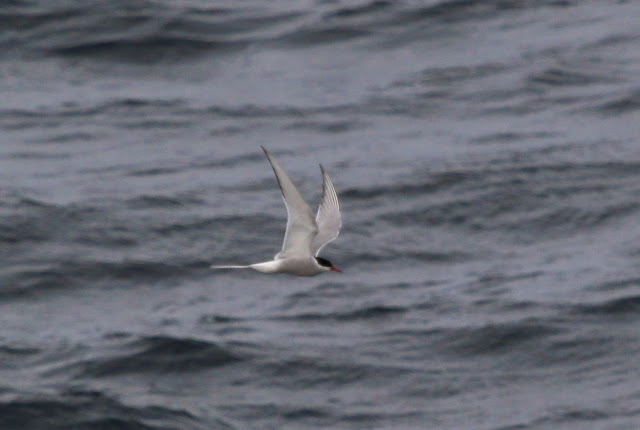 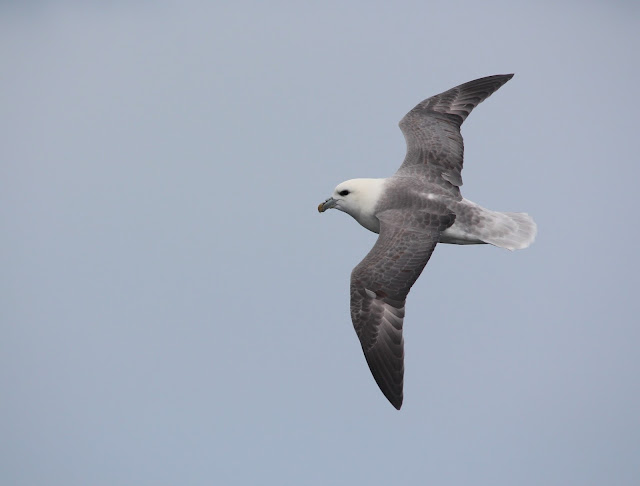 So that brings us up to Friday just gone... next up a blog post about the seabird and cetacean feeding frenzy we encountered off the Blaskets on Saturday! (and what a spectacle it was) ...stay tuned
Posted by COTF Survey at 21:30