We started the day off Rathlin O'Birne island, Co. Donegal and then headed south across Donegal Bay before continuing west just off the North Mayo coastline for the rest of the day.

Survey conditions were fantastic but despite all our best efforts, we still didn't manage to see any marine mammals. The coast of North Mayo can be quite good for dolphins so we were hoping for sightings of Risso's dolphins or bottlenose dolphins but unfortunately no such luck. The closest we got was a large floating log which gave brief hope we would get our first sighting of the trip!


The survey route brought us alongside some of main breeding seabird colonies in the area such as Downpatrick Head and The Stags of Broadhaven. The Stags are notable in that they hold the (currently) only known breeding colony of Leach's storm-petrel in Ireland where some 300+ pairs are thought to nest. Other sites around the country are also suspected of holding some breeding birds. Leach's storm-petrels like to feed over deep water habitats so The Stags provide a perfect location for a breeding colony from where they can nip out to the deep waters of the Rockall Trough just off the shelf edge which isn't too far away from here (for a seabird!). They tend to return to their burrows at night (to avoid being eaten by gulls) so despite being close to a breeding colony, no Leach's storm-petrels were seen today.


We did see plenty of European storm-petrels however, their smaller and more abundant breeding relative here in Ireland. Also lots of Manx shearwaters and puffins about too. One things all these seabirds have in common is that they nest in underground burrows on steep grassy slopes or crevices in boulders fields and scree, something which there is plenty of along the North Mayo coast. 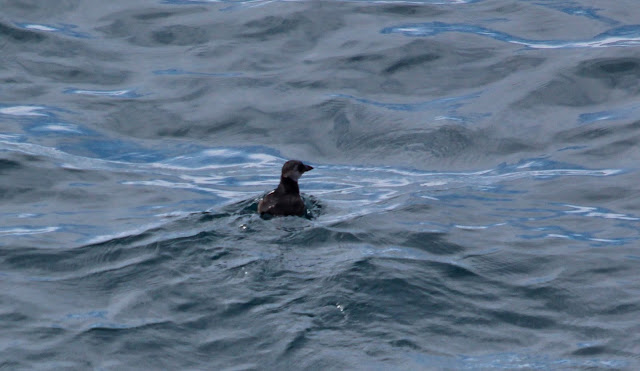 Great skuas (also known as 'Bonxies') are a relatively recent addition to the list of Irish breeding avifauna, having spread south from their core range which spans across Iceland, the Faroe Islands, Scotland and Arctic Norway. Just a handful of pairs currently breed between Galway and Antrim and several of these can be found along North Mayo.

It was nice to see a single Bonxie which came over to inspect RV Celtic Explorer while in this area! 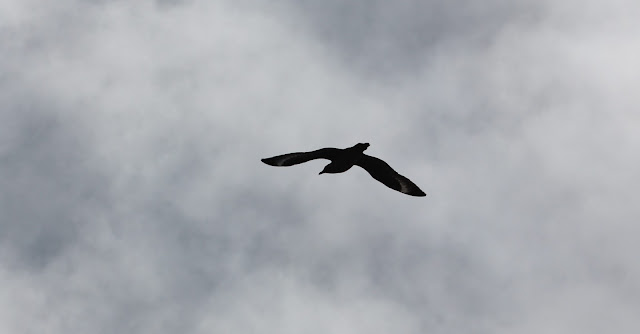 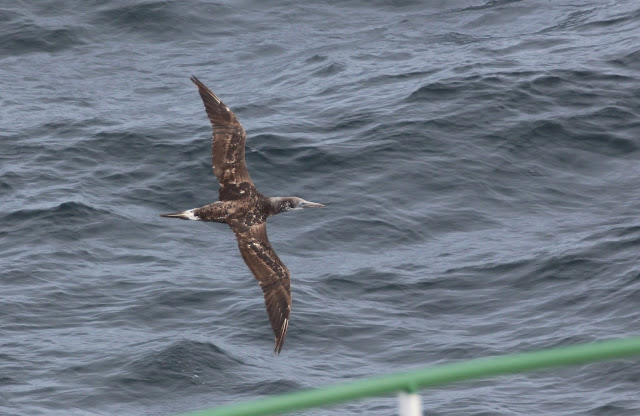 Sighting! A minke whale showed well this morning, surfacing close to the bow while we were stationed just west of Inishturk. Our first whale of the trip was spotted by Mick Marrinan (IWDG Marine Mammal Observer) from his perch in the crow's nest. Several rafts of Manx shearwaters (up to 500 birds strong) plus a scattering of sooty shearwaters (c20 birds) also present in the area at the time.

Conditions deteriorated rapidly through the afternoon with a sea state of 6, misty rain and often poor visibility taking hold but not before John Collins (IWDG MMO) got a glimpse of some unidentified dolphins over 1km ahead of the ship.

The evening cleared up nicely however and we were treated to a stunning sunset, a dark morph Arctic skua in hot pursuit of a kittiwake and John was lucky enough to catch a view of a breaching minke whale! What a sight!

We are now heading steadily west for the Porcupine Bank. 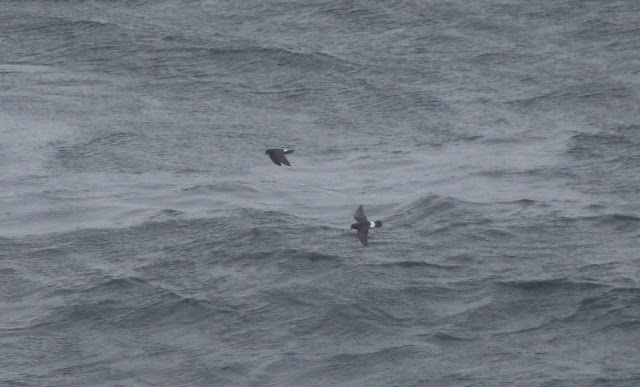 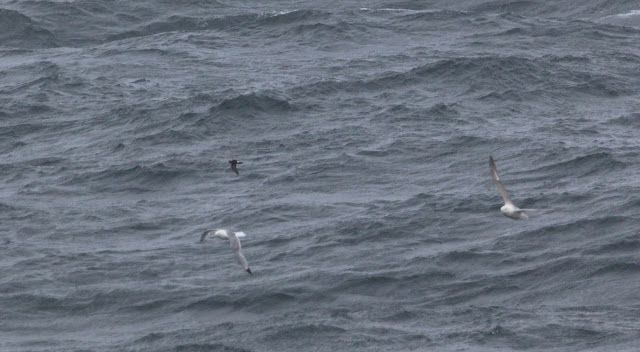 European storm-petrel with kittiwake and fulmar in the foreground (c) Niall T. Keogh 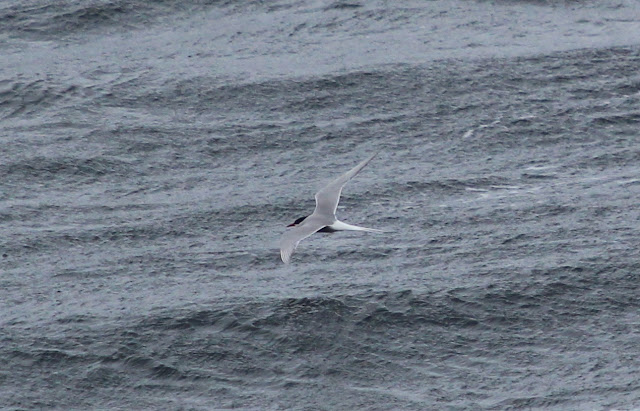 Arctic tern (c) Niall T. Keogh
A recent tracking study has found that Arctic terns breeding on the Farne Islands clock up 96,000km during their annual migration route to the Weddell Sea in Antarctica and back again! See here for more info.
Posted by COTF Survey at 22:32