We hit the mother-load today along our survey tracklines to the west of the Blasket islands, Co. Kerry!

The day started with a group of 15 long-finned pilot whales on the eastern edge of the Porcupine Seabight some 70km NW of the Blaskets. This was soon followed up by a sighting of a blow from a large baleen whale. 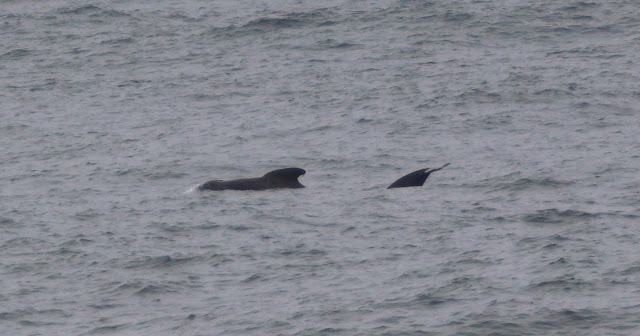 As we approached the Blasket islands from the west we started picking up quite a few groups of common dolphins, a Cory's shearwater and a great shearwater. 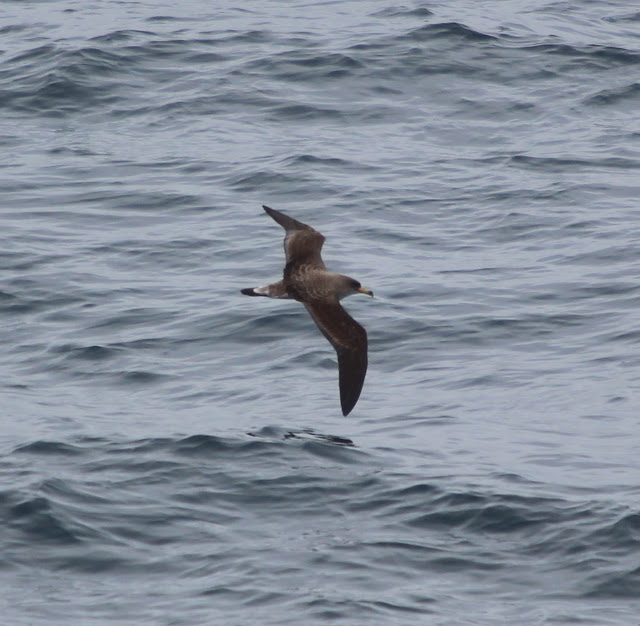 As we got to within 15km southwest of the Blaskets we entered a period of crazy cetacean and seabird feeding activity which lasted over an hour and included 11 minke whales, c250 common dolphins, c40 bottlenose dolphins, 2 harbour porpoises, several Atlantic grey seals and thousands of European storm-petrels, Manx shearwaters, puffins and guillemots along with a few sooty shearwaters, great skuas and a pomarine skua thrown in for good measure.

We didn't know which way to look! 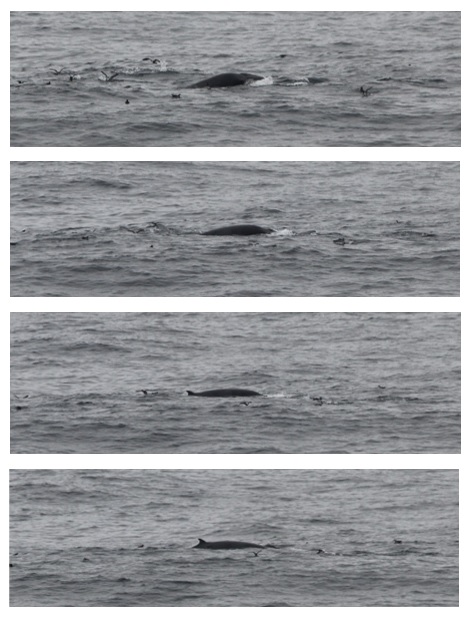 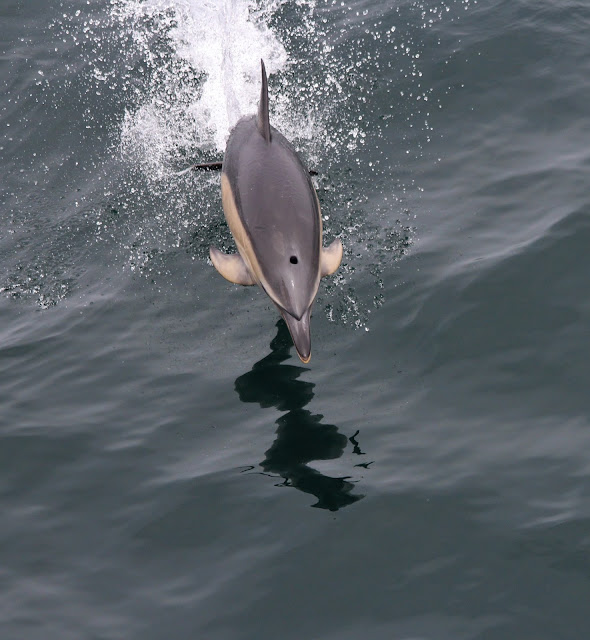 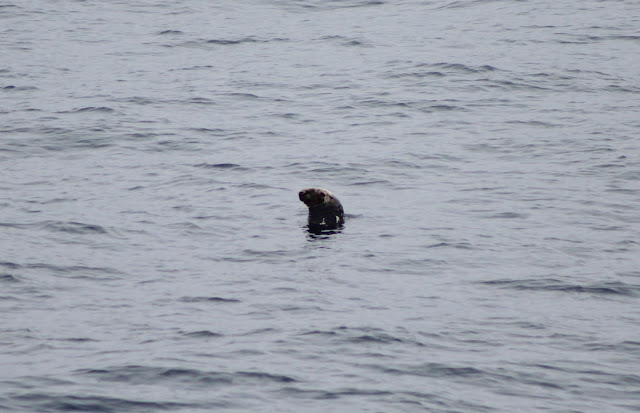 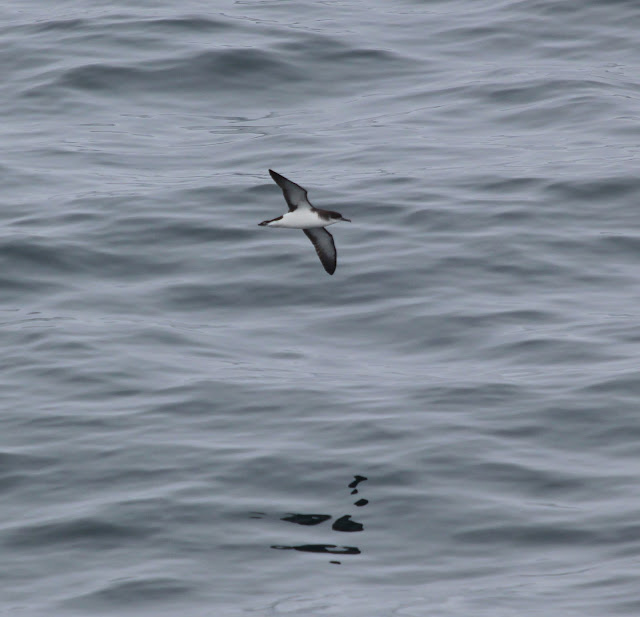 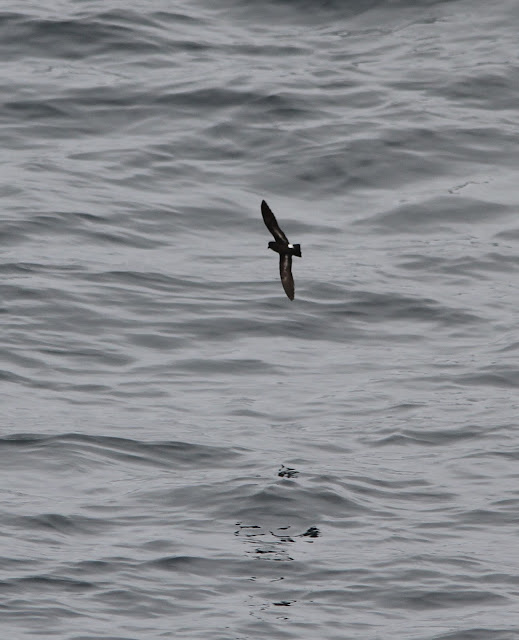 Unfortunately the weather sorted that out for us soon after and the visibility reduced to less than 100m. We couldn’t see the Skelligs even though we passed right by them!

One of our marine mammal observers on the ship, Sean O’Callaghan (GMIT), hails from The Kingdom and gives us a local’s perspective on the event:

“The Blaskets were brimming with marine life yesterday afternoon when the Celtic Explorer headed East by Inishvickillane before turning off into thick mist along the Southern side of the outer bay.

It was the calmest conditions I've ever been out there in and shortly after passing the Foze rocks the seabird life began to increase in numbers with hundreds of European storm-petrels zipping around, revealing the presence of a bait ball along with the common dolphins and single Minke whale feasting on the fish!

Puffins began to appear in large rafts bobbing on the surface the further east the Explorer cruised. Some harbour porpoises (the ninth species for this survey) briefly appeared before disappearing again. 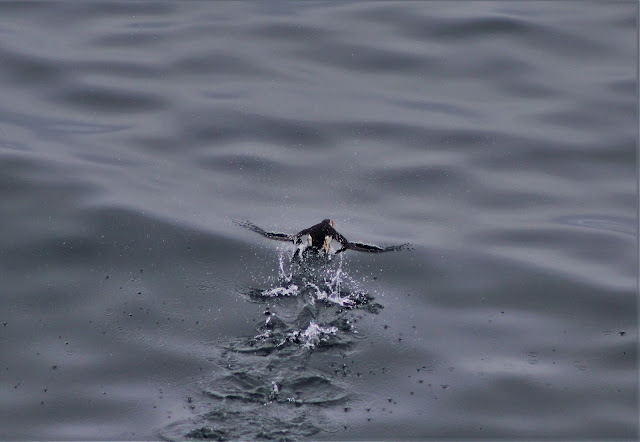 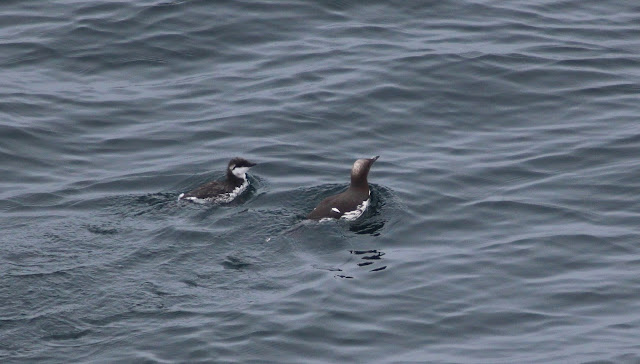 Common Dolphins and minke whales consistently kept appearing in increasing numbers for a time off Inishvickillane but the appearance of some 40 bottlenose Dolphins was the highlight for me.

They surfaced slowly ambling towards the ship for a time but turned around 300m away where one of the Dolphins began to tail slap the water. After looking at some of my dodgy photos of these Dolphins, there was at least one calf present. 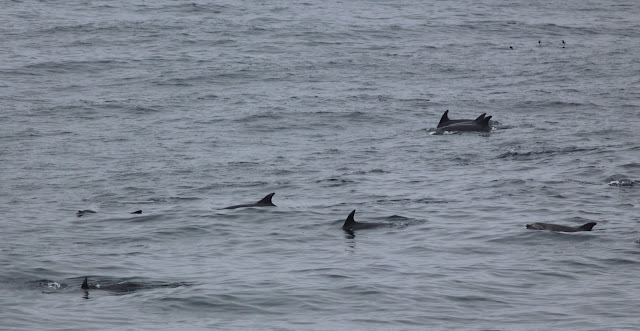 When the Explorer turned to head South West, the mist that had lifted during the afternoon descended again where you wouldn't see anything unless the animals came to you as the case was when two bunches of Dolphins appeared briefly later that evening.

Unfortunately the two humpbacks that were in the area the previous day weren't encountered but in my biased view, it's been the best day so far on this survey!” 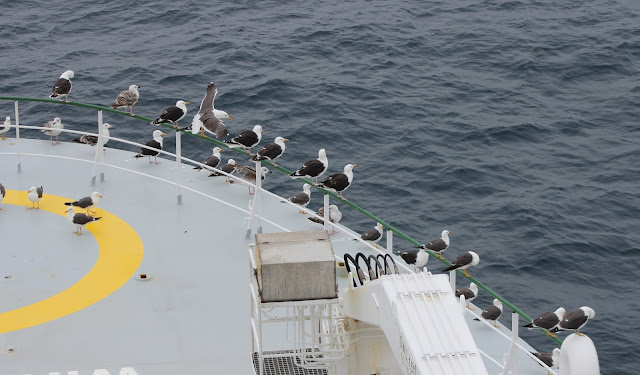 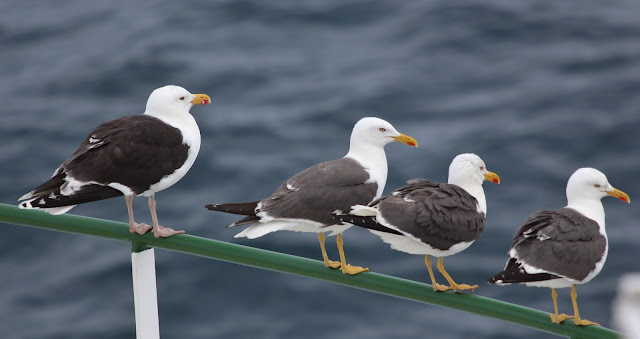