After the hectic day off the Blaskets on 16th July (see previous blog post), we made for Castletownbere in West Cork to carry out a mid-cruise crew change and take on some fresh provisions (which included a new coffee machine and fresh bananas!). Here we said goodbye to Dr Joanne O'Brien and Killian Coakley (GMIT) and said hello to William Hunt (MaREI/UCC) who joins the marine mammal observer team for the remainder of the trip. 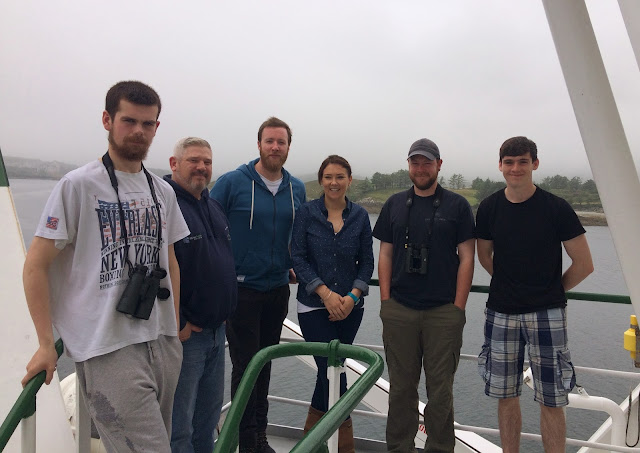 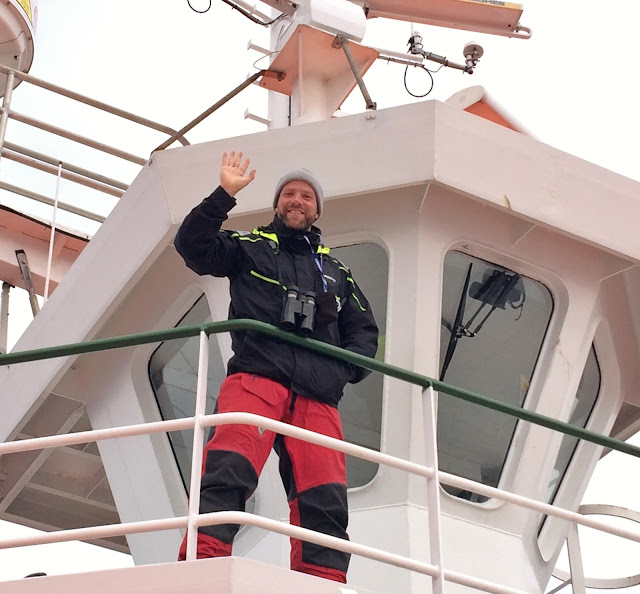 William Hunt (MaREI/UCC) on duty in the crow's nest


On leaving Castletownbere, we were treated to some nice sightings at the mouth of Bantry Bay just west of Sheep's Head. Common dolphins were plentiful, surfacing regularly among flocks of Manx shearwaters, auks and European storm-petrels and interspersed among these, a couple of minke whales, harbour porpoise and Atlantic grey seals.

Just as we cleared the bay, the dreaded fog set in, something which we were to be be plagued with for the next few days. This limited our survey effort during daylight hours with visibility often down to less than 100m. What made it all worse was that we could tell that just beyond the fog, somewhere, was bright sunshine and calm seas! 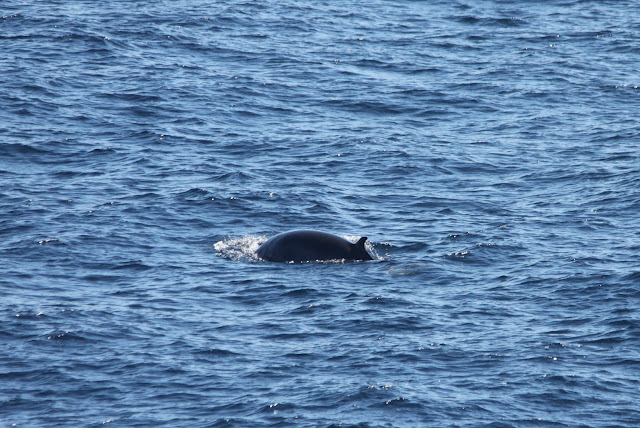 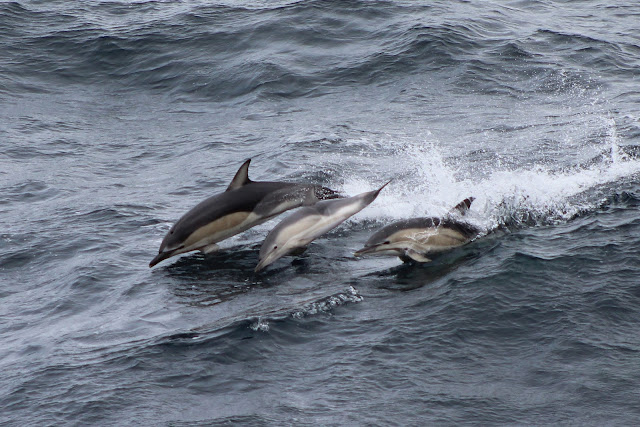 In time the conditions improved and as we made our way further offshore along the southbound survey tracklines into the Celtic Sea. The fog began to dissipate and we got our fair share of the glorious weather which everyone back home was out enjoying at the same time. And it was hot!

With the wind at our backs and a following sea, we were fortunate to have a couple of days of superb survey conditions which produced some surprising sightings. Cetacean and seabird numbers were relatively low but the light easterly winds associated with the high pressure allowed some unusual migrants to make their way to the ship including a bat which spent some time flying around the crow's nest approximately 102km southeast of Galley Head, Co. Cork! Pics were posted online to see if it could be identified but without some clear shots of the ear and exact measurements of the wing it is unlikely that the issue will be resolved 100% (but thanks to everyone who made suggestions).

This follows on from a record of what is thought to have been a Leisler's bat, also present on RV Celtic Explorer at sea south of Cork in October 2015, so this sighting is not without precedent.

In addition to turnstone and whimbrel which were recorded west of Galway earlier on during the trip, other terrestrial migrants seen around the survey vessel in the Celtic Sea included a flock of 4 dunlin, a common swift (looking very out of place), a lost racing pigeon and a silver y moth! 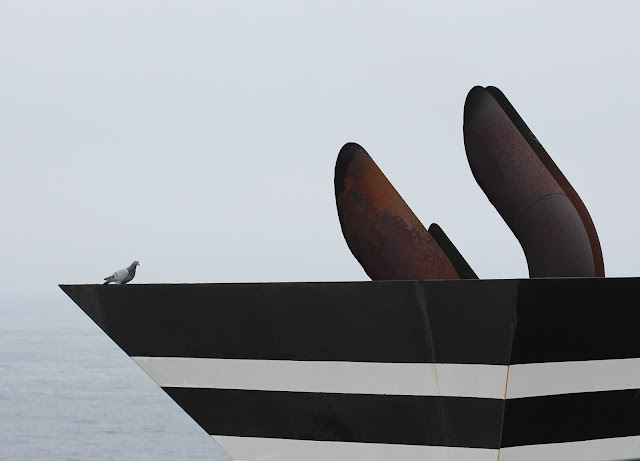 
Quite a few jellyfish about too including mauve stinger (Pelagia noctiluca), compass jellyfish (Chrysaora hysoscella) and by-the-wind sailors (Velella velella). Lots of sightings of ocean sunfish also, including a group of three together and even some smaller individuals seen breaching fully out of the water! These oceanic wanderers eat jellyfish so looks like it's good times for them at the moment. 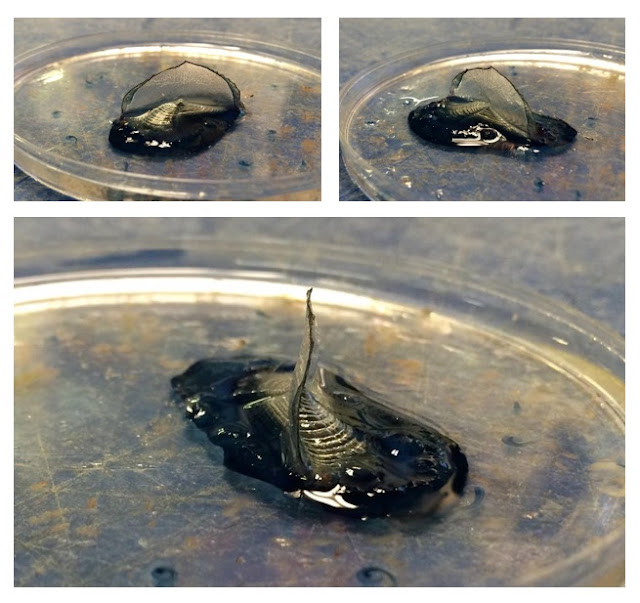 It has been an exciting few days for the seabird team with rare or scarce species dominating the tallies. We are out here at the perfect time of year for recording cool seabirds such as Cory's shearwater, great shearwater and Wilson's storm-petrel. Several hundred of the shearwaters have been noted, along with several instances of Cory's shearwaters tracking foraging groups of common dolphins. Fantastic to see these two top marine predators in close association, working the same aggregations of pelagic fish.

Among the flocks of European storm-petrels dancing over the water, a few Wilson's have been picked out (much to the delight of the observers) and while skua numbers have been low, all four expected species have been seen: great, pomarine, Arctic and long-tailed.

The seabird list for the survey is now up to 23 with the most recent additions being shag, common tern and long-tailed skua. 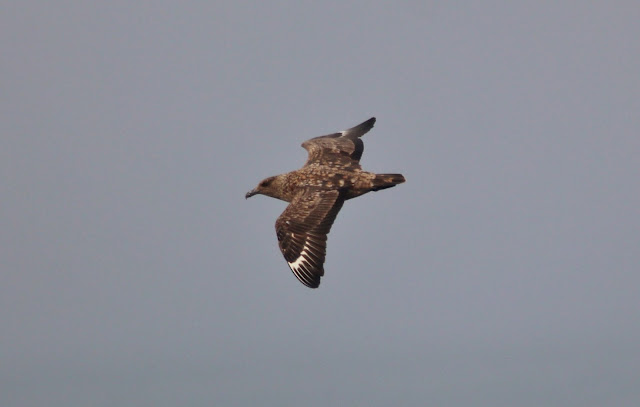 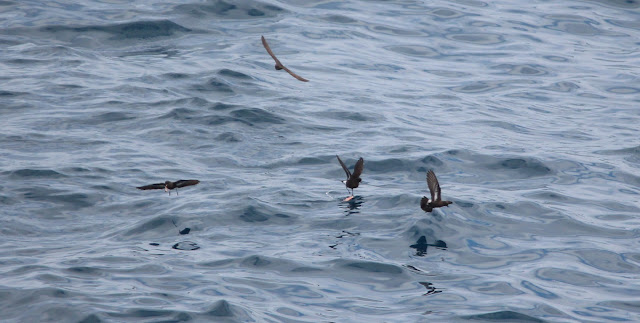 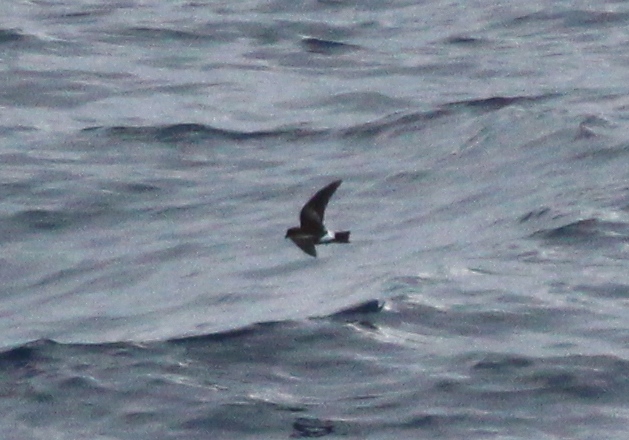 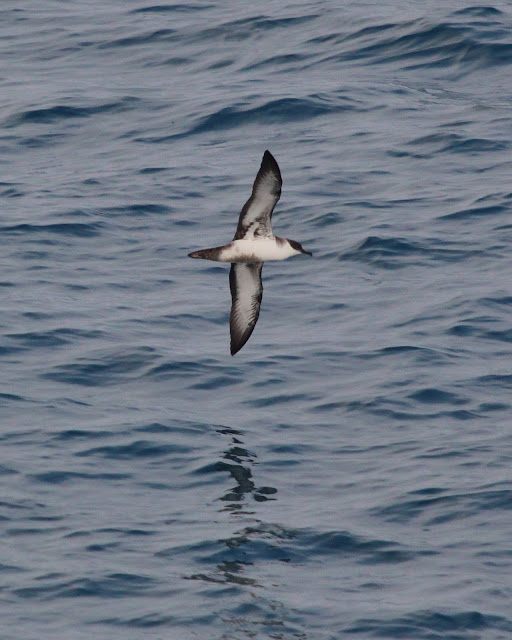 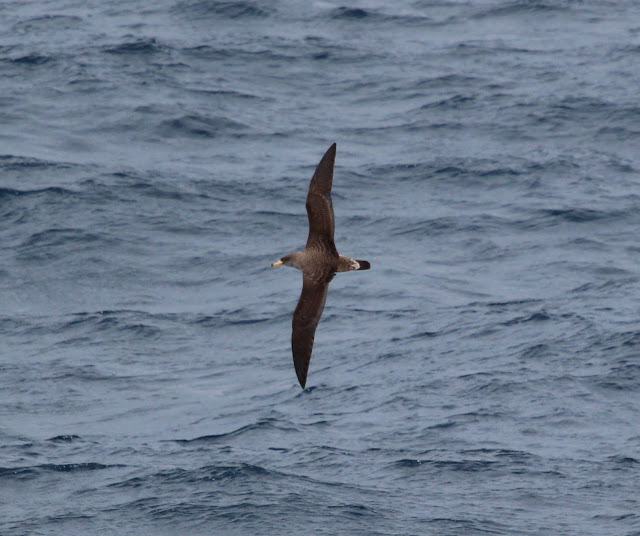 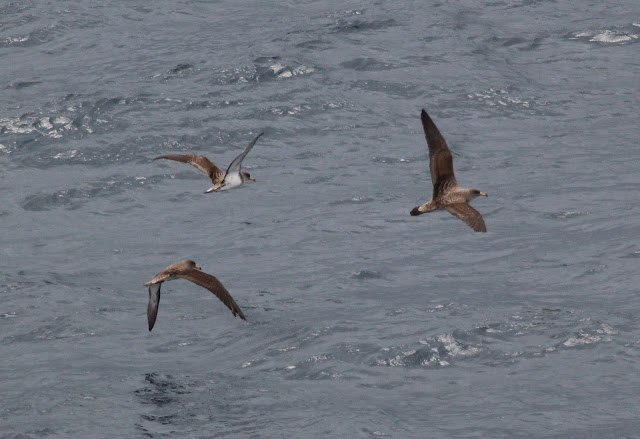 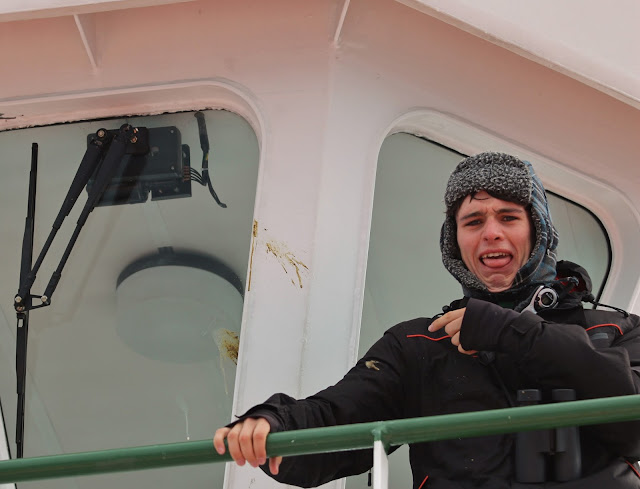