What a day! We awoke this morning with news from Enda and John (at the tail end of their hydrophone/acoustic monitoring night shift) that common dolphins were present around the R.V. Celtic Explorer throughout the night from about 02:30. The daytime observation teams were out on deck and in position, ready to go from 07:30 but were faced with a misty horizon, moderate sea state and some patches of rain for much of the day. Not ideal but we’ve been out in worse!

Steaming due West for the M6 weather buoy over the top end of the Porcupine Bank, crossing over a depth of 2,000m we came across a group of five Atlantic white-sided dolphins, a species limited to the deeper offshore waters within the Irish territory. In typical fashion for these dolphins, they didn’t approach the boat too close and headed off fairly quickly as we made our way along the transect line. Hopefully we’ll bump into more white-sides again over the coming days and secure some nice images as they are a species infrequently seen or photographed in Irish waters, at least in recent years.

About half an hour away from the M6 buoy, a whale blow appeared dead ahead up to 800m away. The frequent nature of the short, bushy blows coming from the same spot lead us to believe a sperm whale was the culprit and a view of the body during a break in the swell confirmed this. While concentrating on the sperm whale we were coming up on, a group of energetic and acrobatic, small sized dolphins suddenly started moving through our field of view with tremendous speed. Leaping clear out of the water like sleek, silver bullets it was instantly apparent that these were not your run of the mill common dolphins. A sub group breached not more than 100m from the bow and a solid view of the flanks complete with a thin, black, wavy line, confirmed that these were, as suspected, striped dolphins! In all three groups of 10-15 animals each barrelled North in front of us, clearing the water in an impressive, organised phalanx before re-entering with a forceful smack of the tail, sending a sizeable splash of water into the air. Striped dolphins are a real sub-tropical, oceanic species with sightings in Irish waters a relatively recent phenomenon, typically confined to late summer and autumn when surface water temperatures are at their highest. As such the window of opportunity for seeing them appears to be quite short and not surprisingly, these animals constituted a new species or only a second/third sighting for many present on deck at the time. Truly exciting stuff! 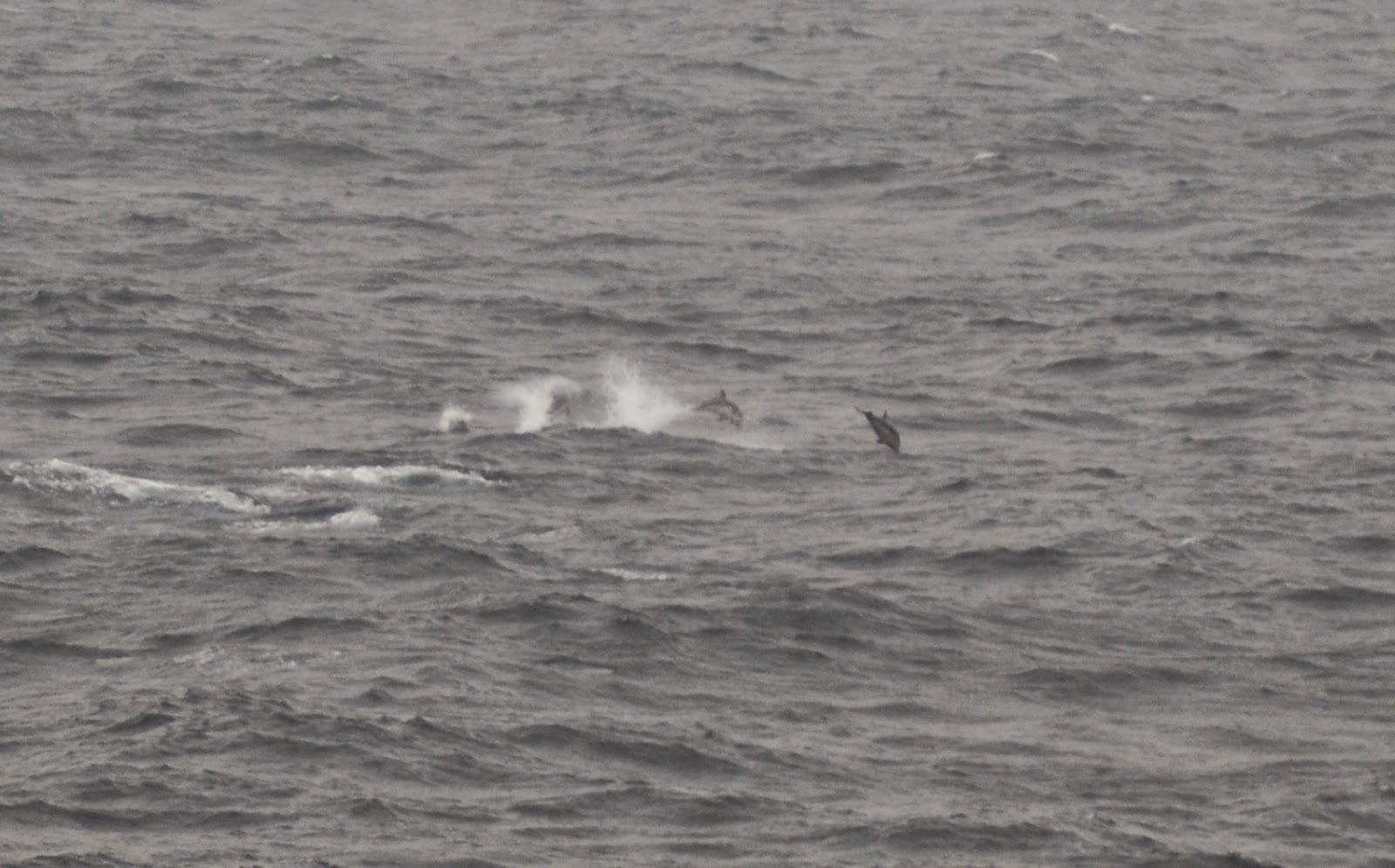 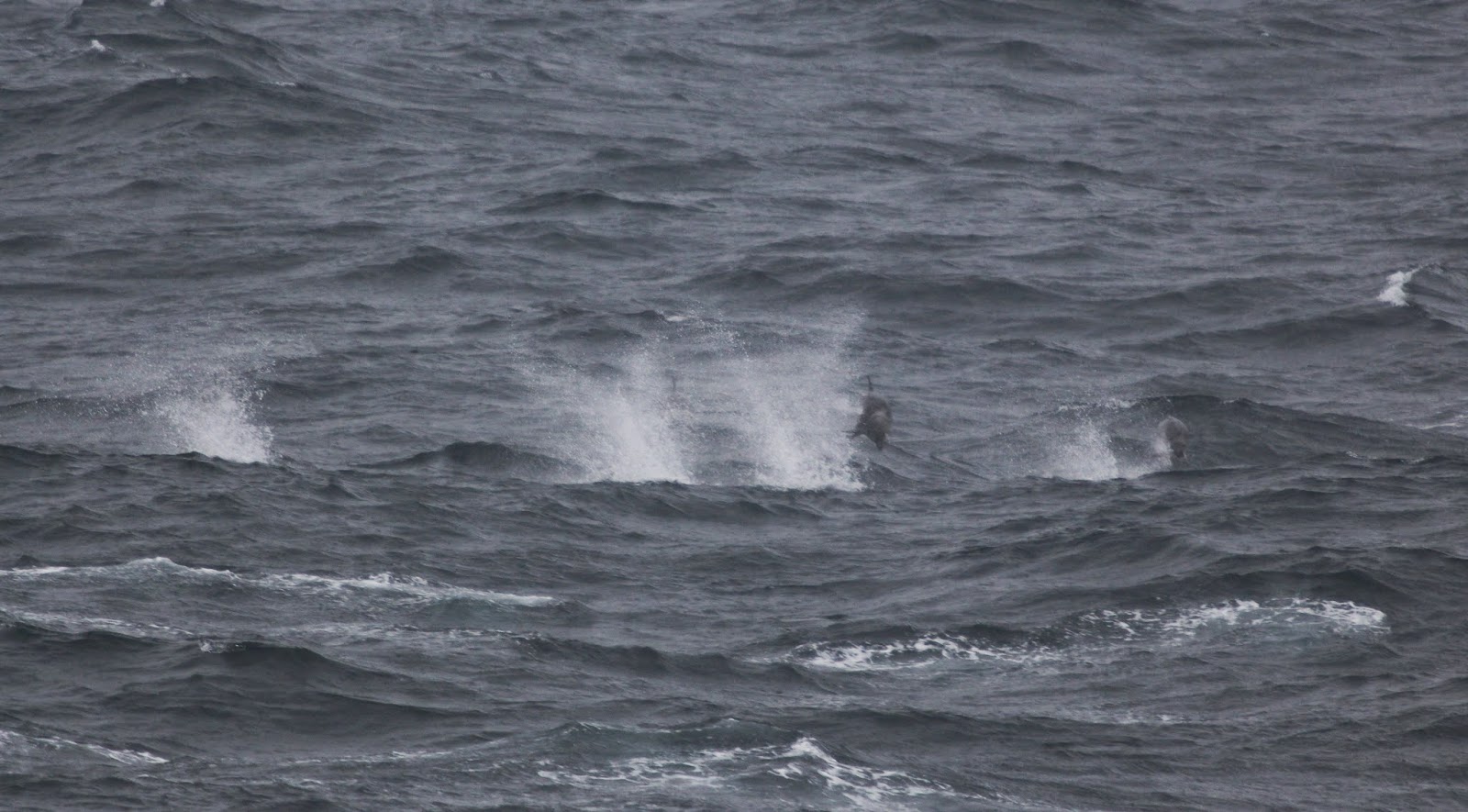 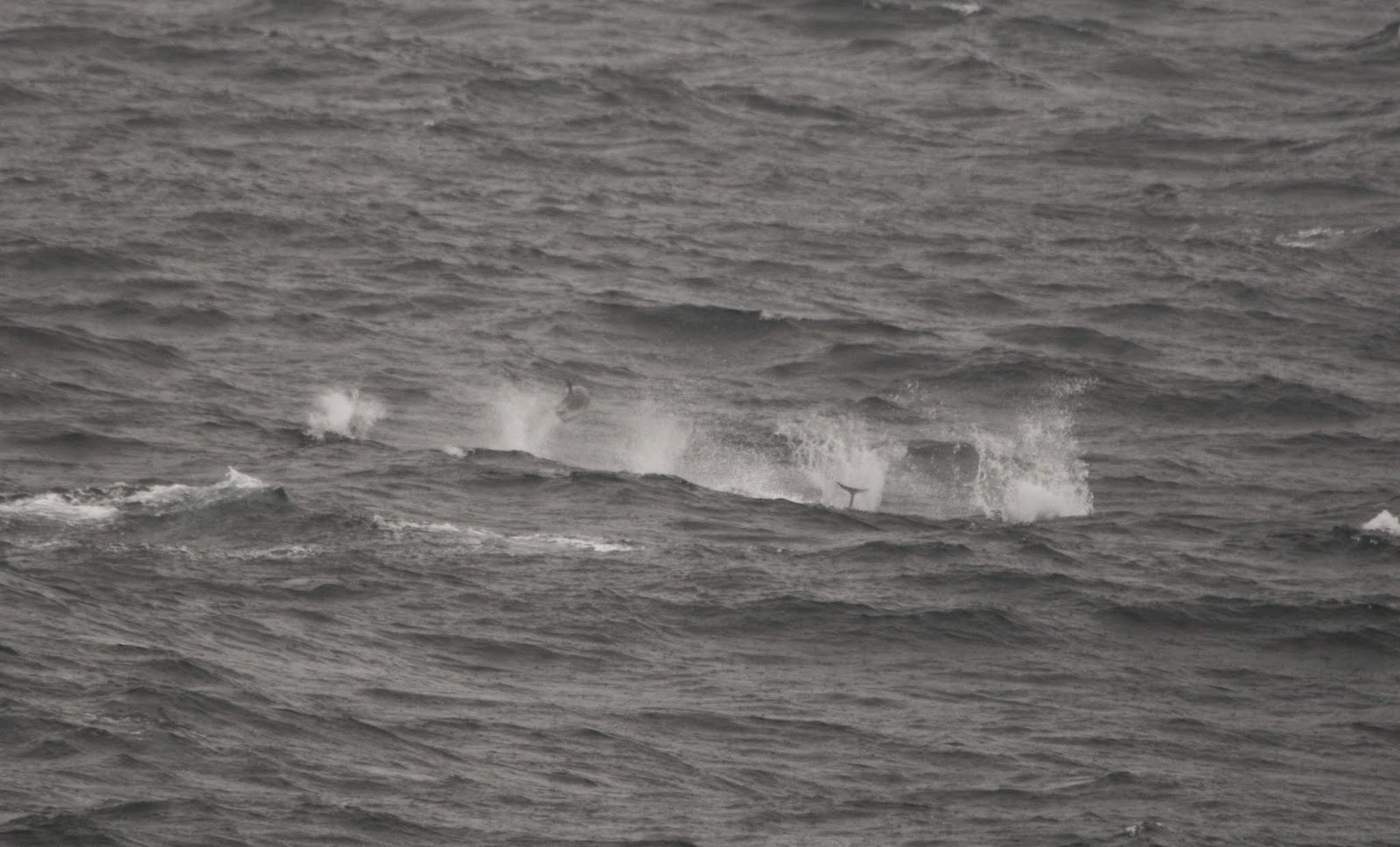 Once maintenance works on the M6 buoy were completed in ever efficient fashion by the ship’s crew, we changed track and headed South East along the shelf edge, crossing over a changing water depth as we went over the slope, from 3,000m to 500m. Soon after a shout of ‘blow!’ went out and the on deck cetacean observation teams were treated to some nice, prolonged views of a feeding fin whale, the second largest animal on Earth. We came upon more fin whales later in the afternoon, this time a group of three animals actively feeding in close proximity with plenty of blows, side rolling and some shallow lunge feeding on offer at close range! Absolutely fantastic! 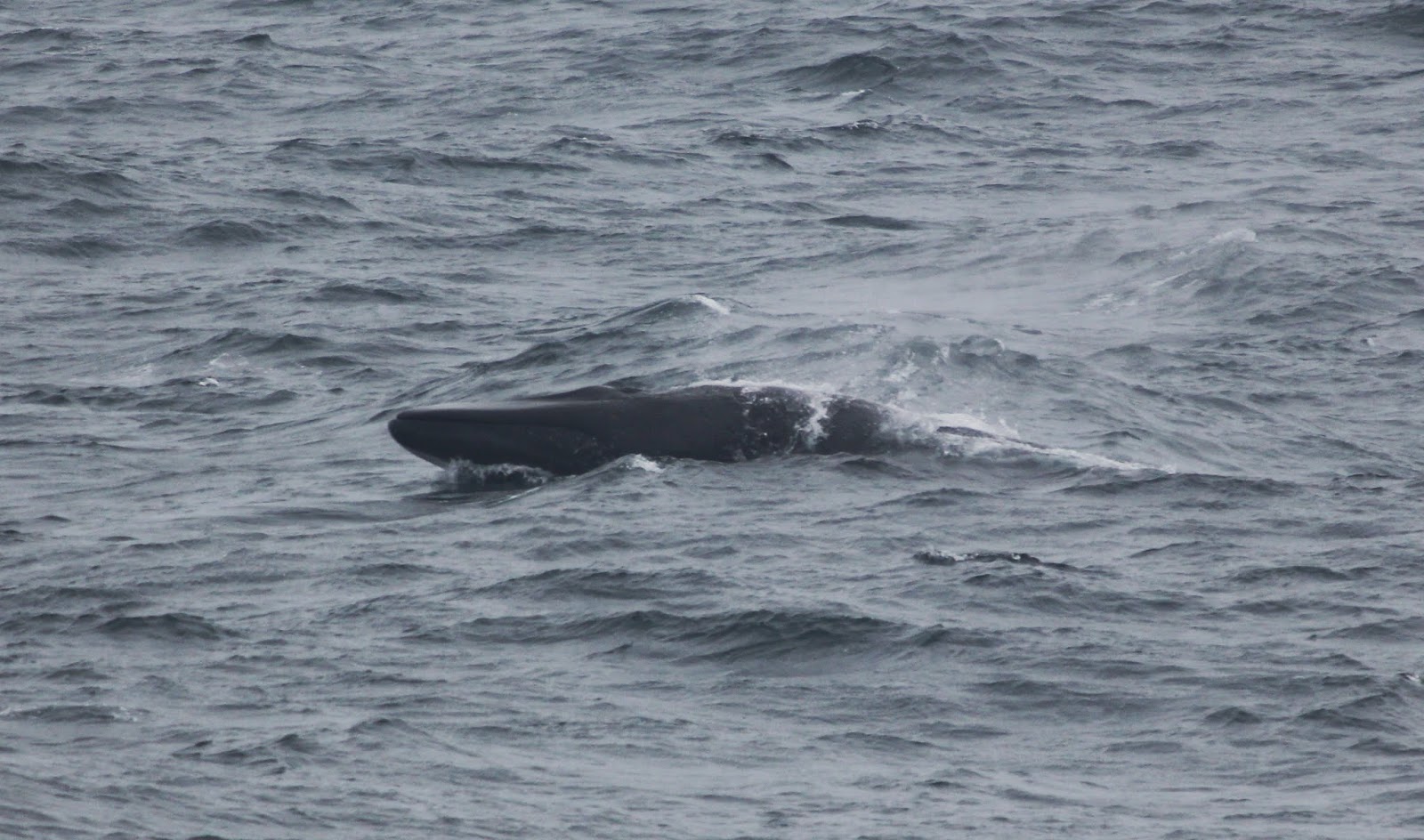 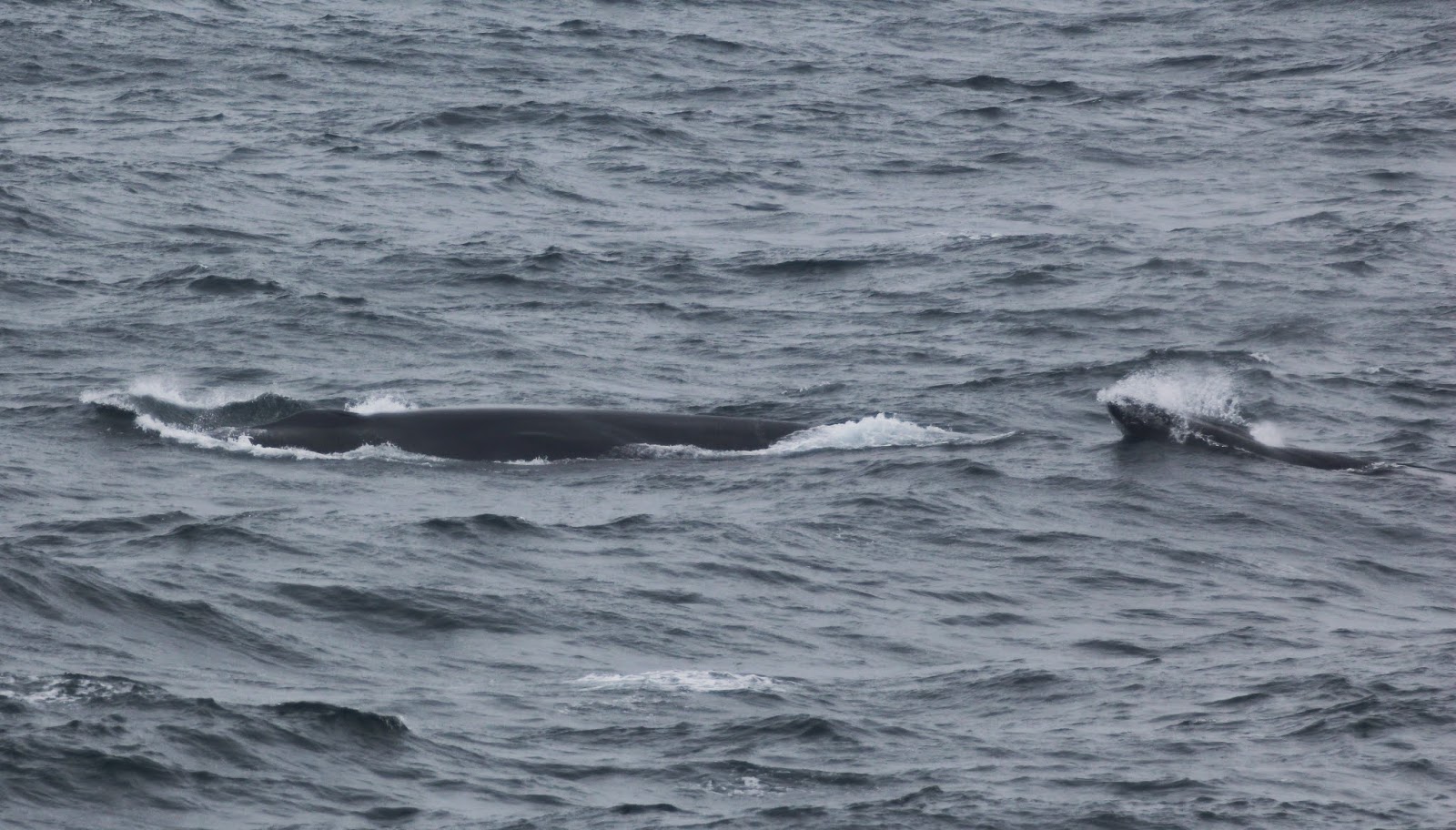 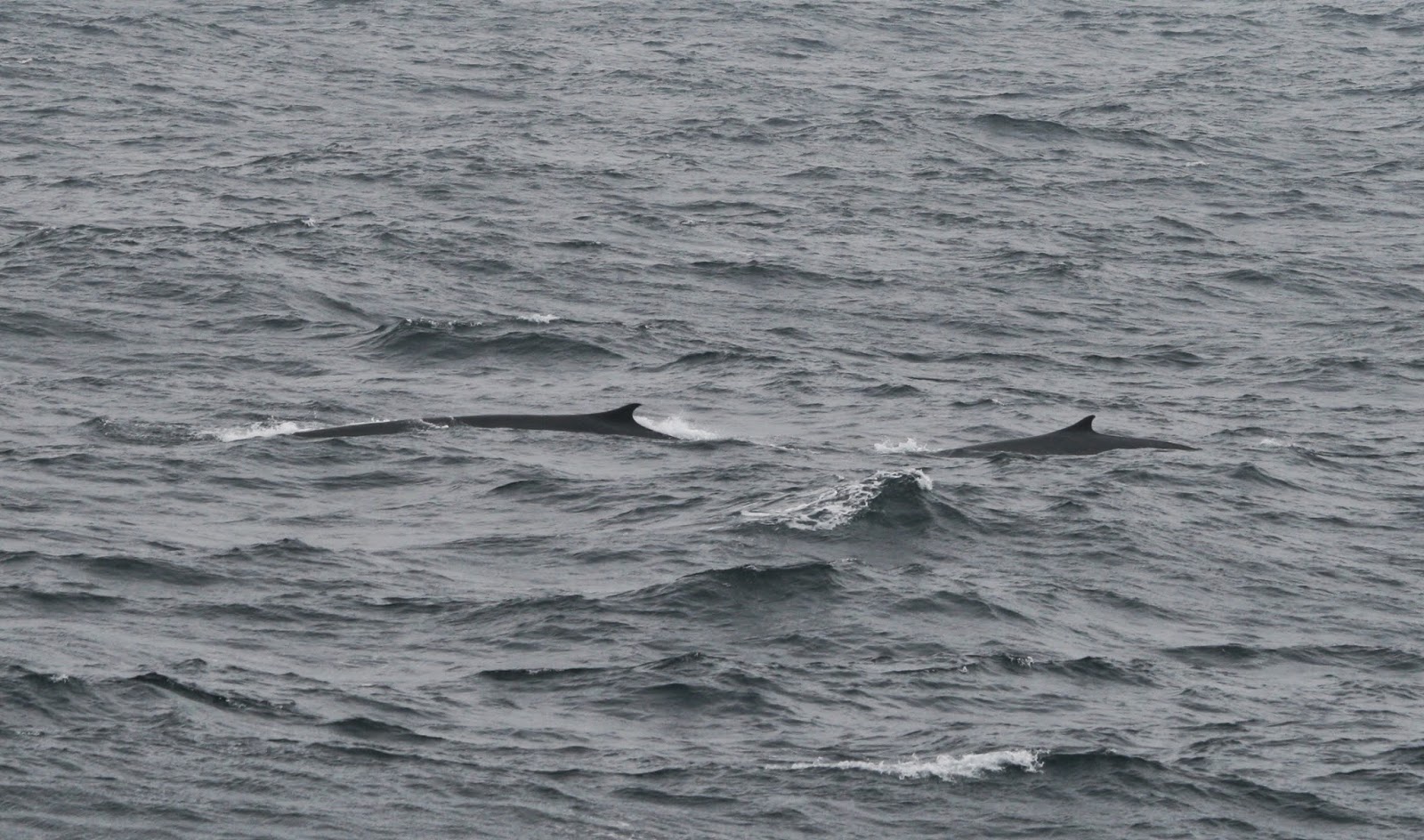 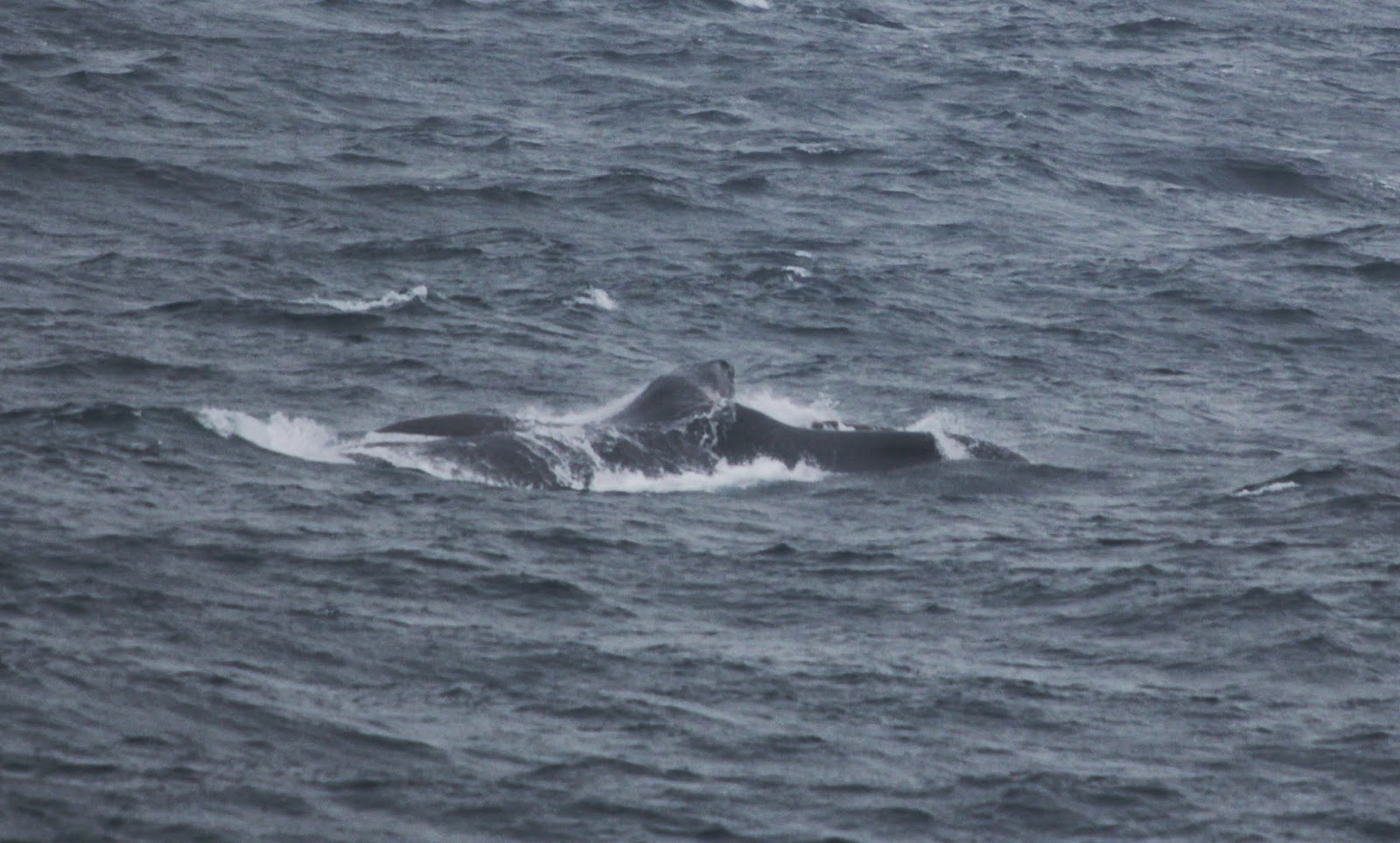 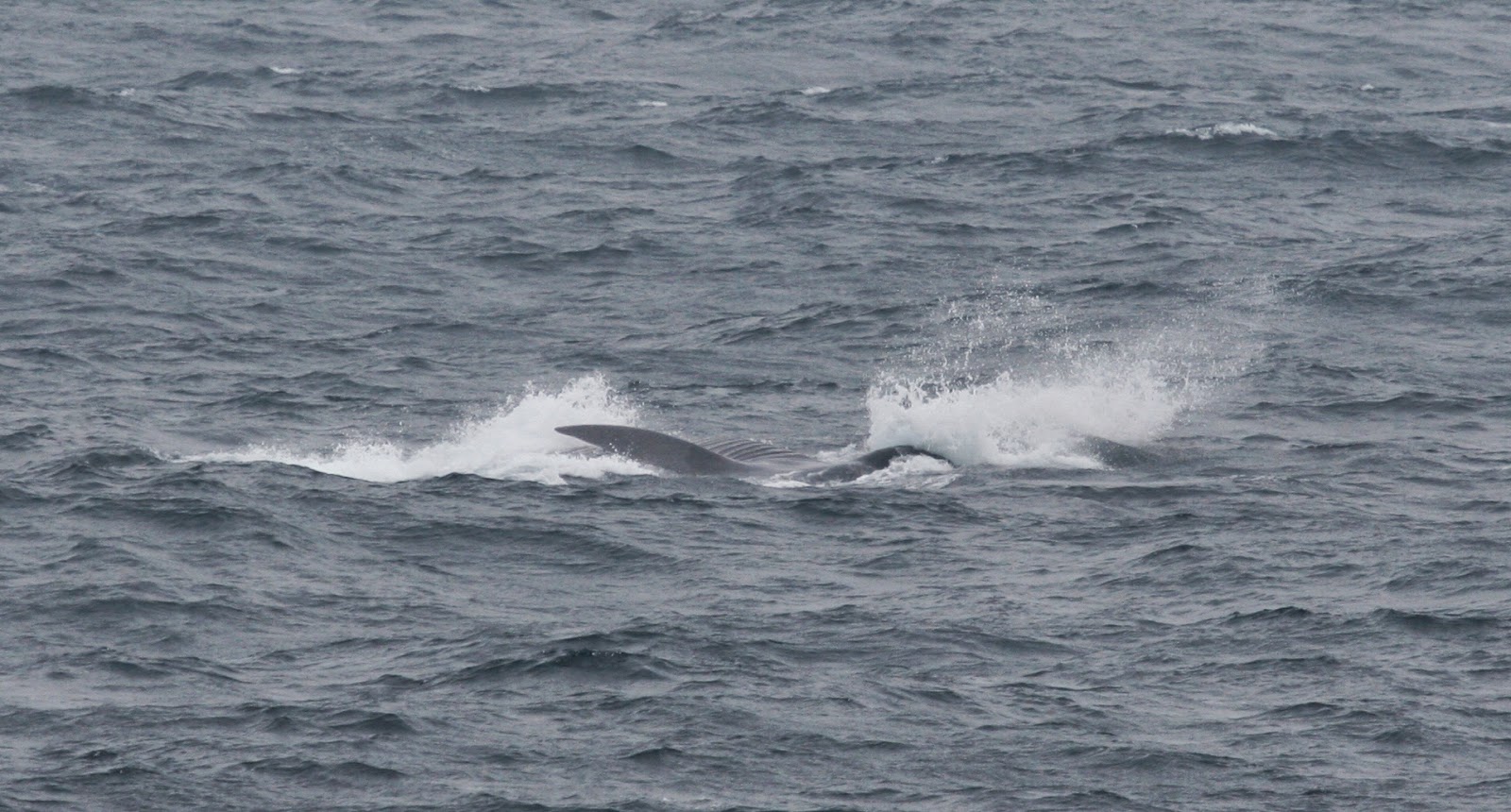 The evening then drew to a close for the cetacean team with multiple sightings of common dolphins (some groups size of 40 animals) coming in to bow ride as we came over a water depth of 500m. The nocturnal acoustic team took over at 20:00 and soon after several detections of sperm whales were made really close to the ship, their position calculated as near as 200m! We were all able to gather in the dry lab and listen to their rhythmic clicks through the speakers, sounding almost like an electric fence pulse. Also best not forget to mention the sightings of two different ocean sunfish which we passed by at close range during the day! Bizarre fish altogether and always great to see. 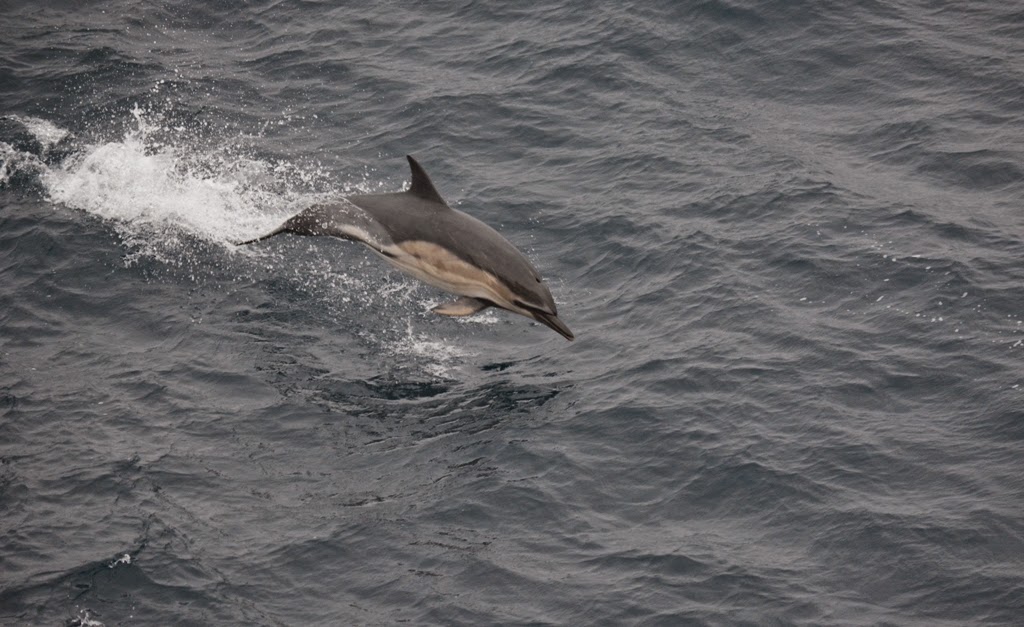 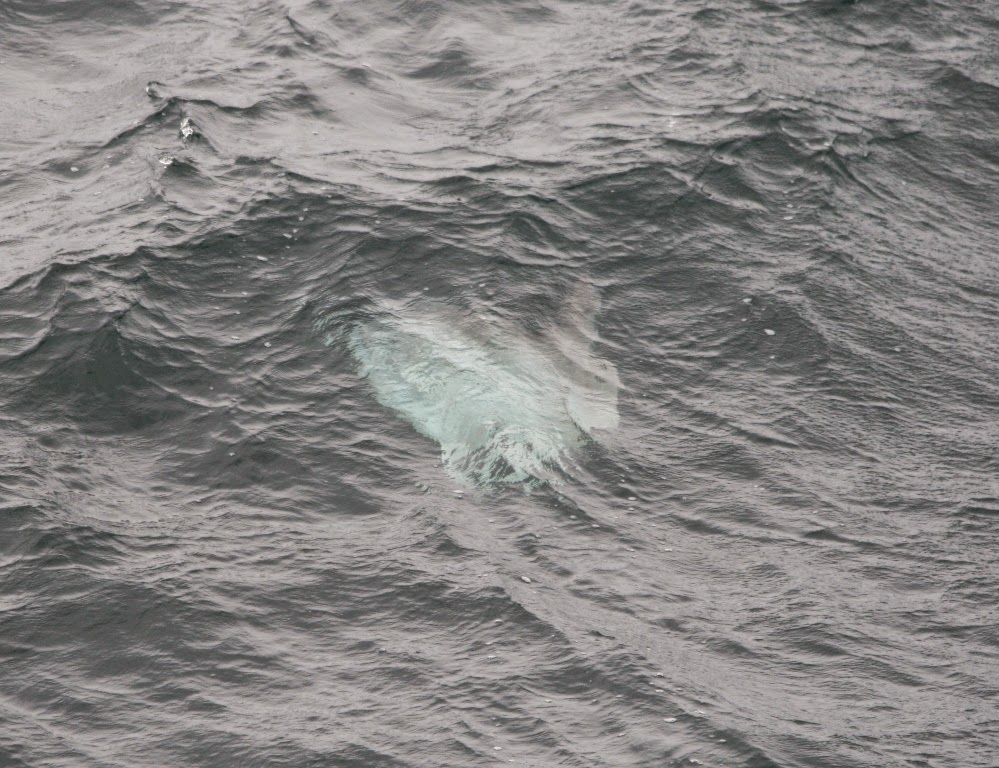 The seabird team had a day of quality over quantity, with just a trickle of fulmars, a handful of gannets and a small entourage of lesser black-backed gulls in attendance. Saying that a couple of excellent sightings early on made all the effort worthwhile (cetaceans aside!). A great shearwater came in for a look at us first thing before carrying on its way to the South. Not long after we approached a group of fulmars on the water with a Wilson’s storm-petrel bouncing around them which showed well at close range before travelling on to the West. Both of these species have undertaken a mammoth journey from their breeding grounds on sub-Antarctic islands to Irish waters in order to avail of rich feeding here in the late summer and autumn. Amazing to think the distance they have covered. Intrepid birds! A pomarine skua spotted by Simon, trundling by the ship late evening was the last addition to the seabird list for the day. 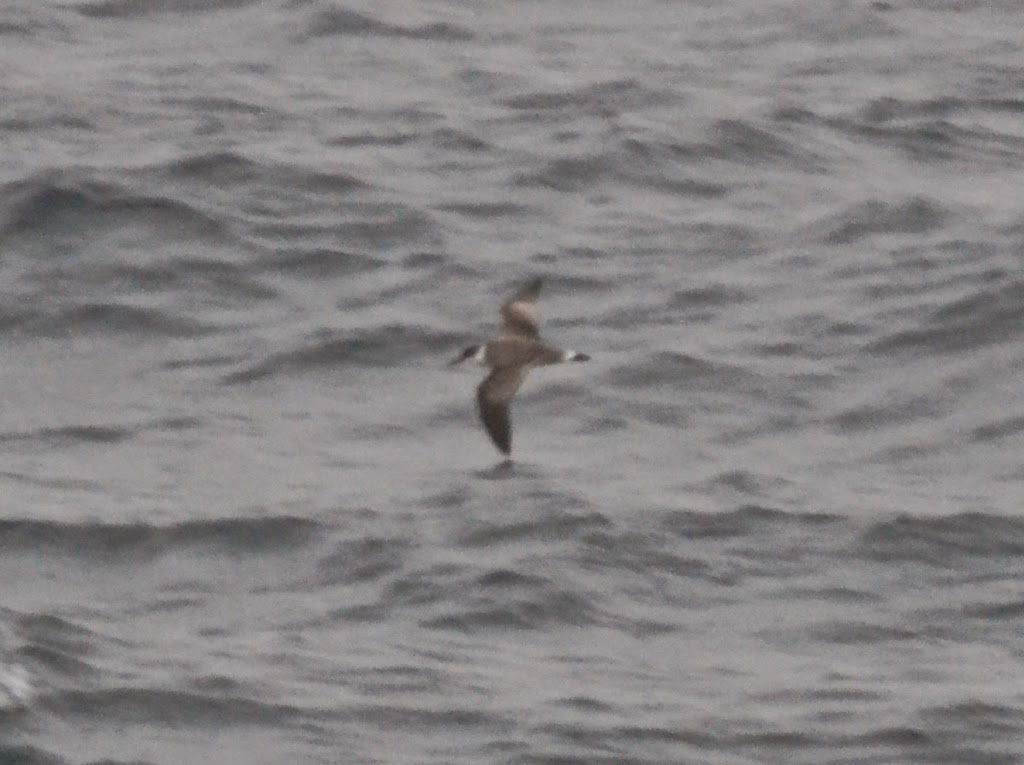 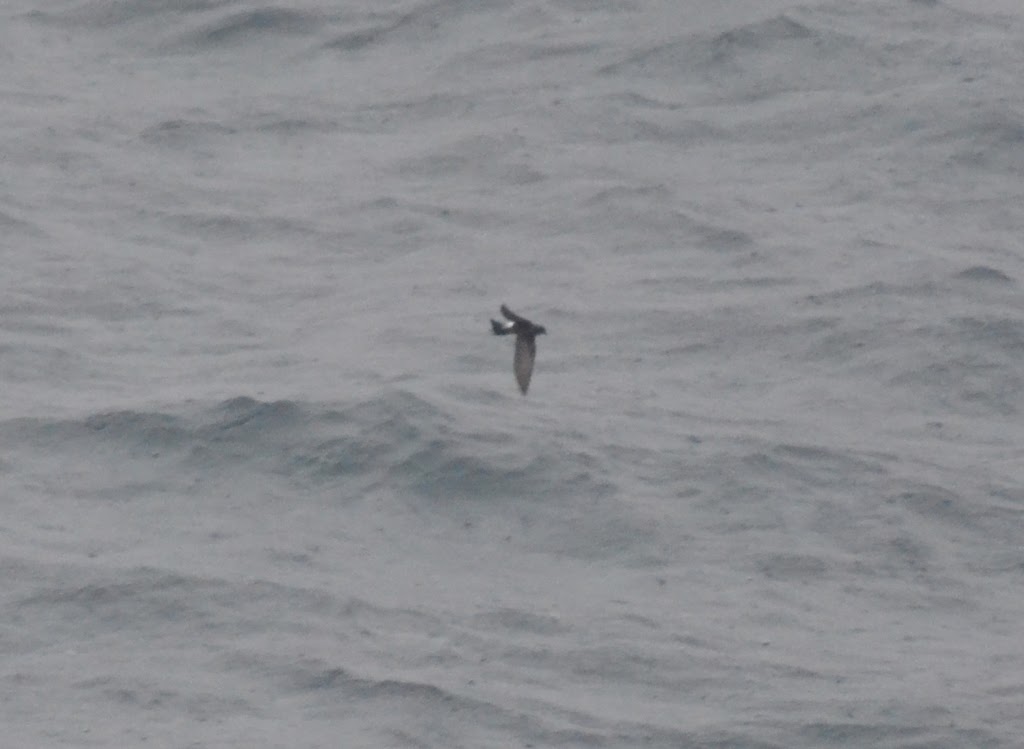 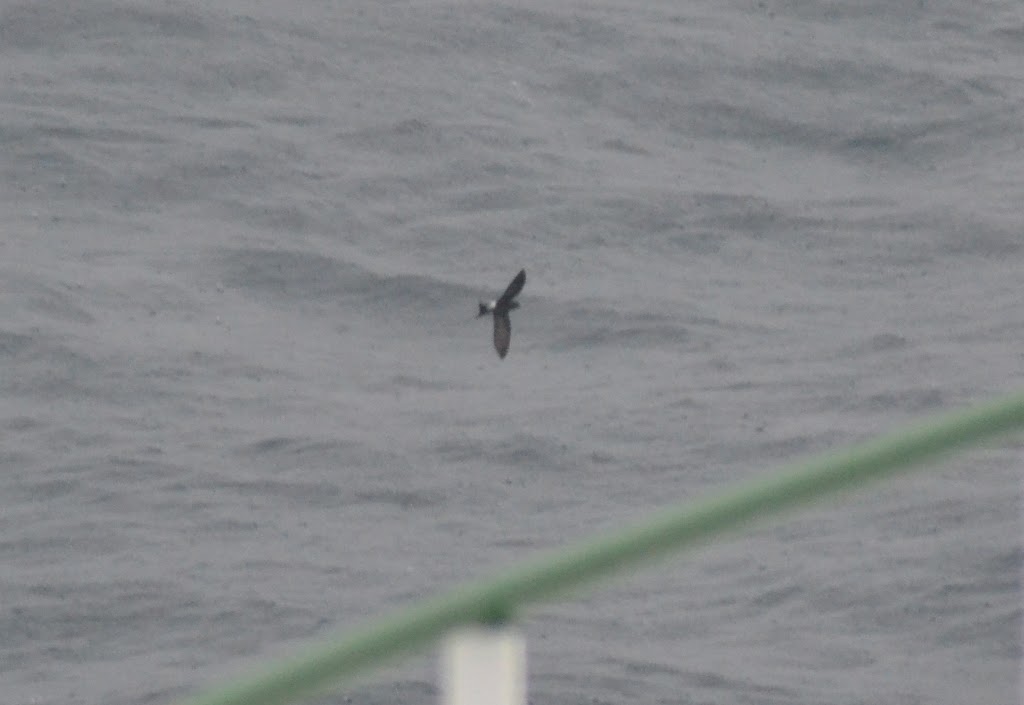 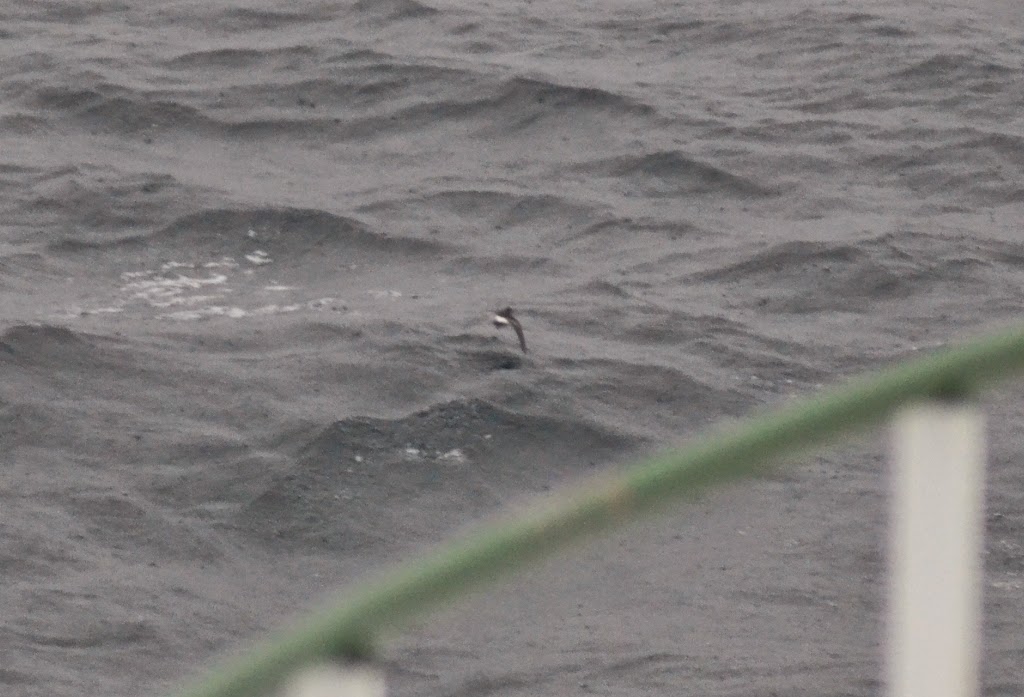 The murky visibility, rain and moderate North East wind dropped some more migrating passerines (songbirds) onto the ship overnight with 10+ meadow pipits, 3 wheatears and a white wagtail doing the rounds of each deck throughout the day, some even ending up inside the dry lab! The inclement weather must have disorientated them whilst on migration to Iberia/West Africa and the R.V. Celtic Explorer looked like a good place to rest. A few individuals became very tame as they searched around the ship for scraps of food, but ignored all of the tasty morsels we left out for them! Hopefully clearer conditions in the morning will allow them to get their bearings and head off again on their merry way. 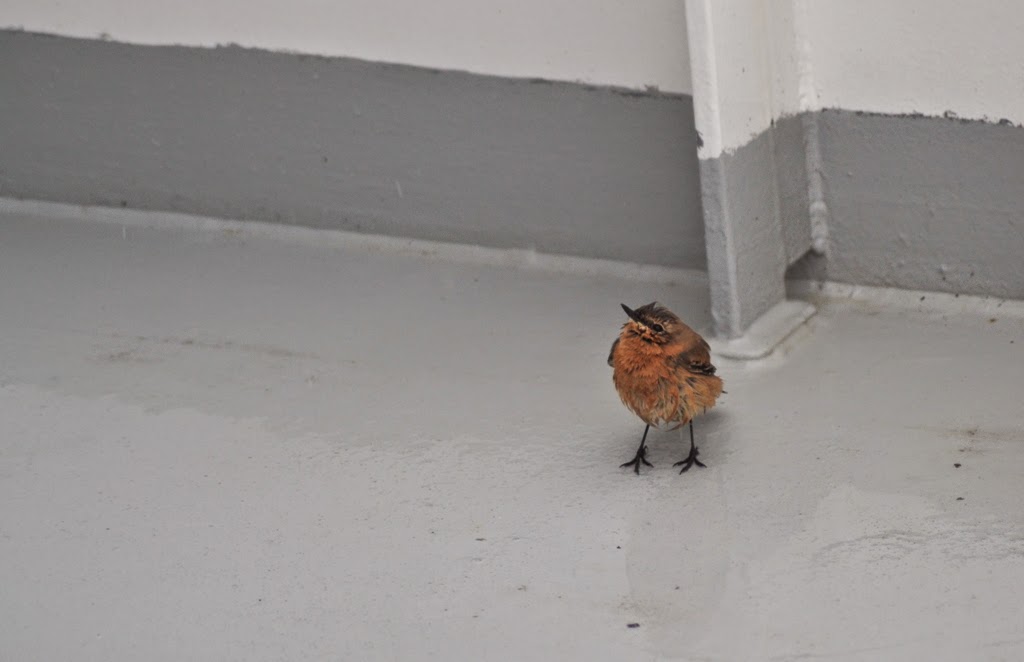 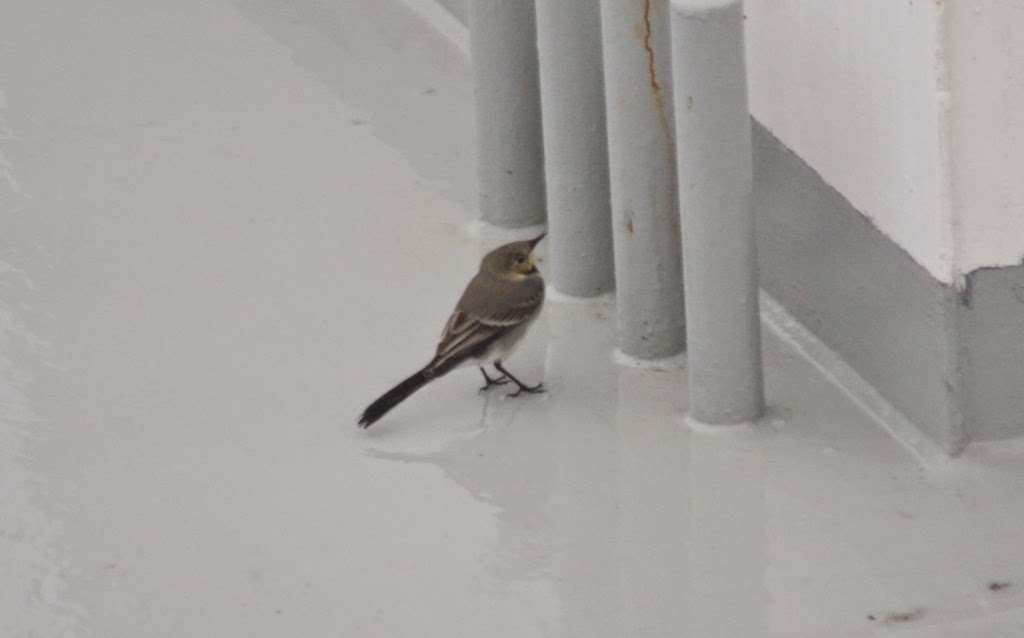 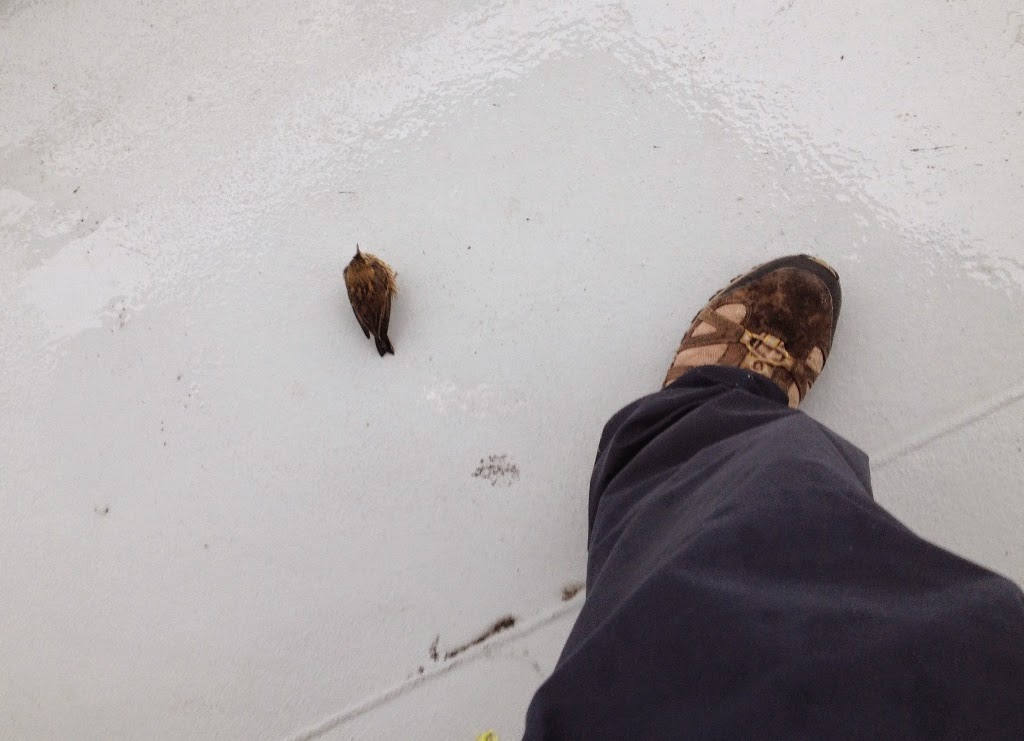 Now we make our towards the Porcupine Bank SAC where we will retrieve a static acoustic monitoring device positioned there in May and will continue East across the Porcupine Seabight.
Posted by COTF Survey at 23:30