A perfect start to the day over the Eastern Porcupine Seabight, West of Co. Kerry (…up The Kingdom!). With a horizon clear as far as the eye could see, sun shining, cloud at a minimum, sea state of 2 and not much in the way of swell, you couldn’t ask for a better day to be out in the Atlantic in September! 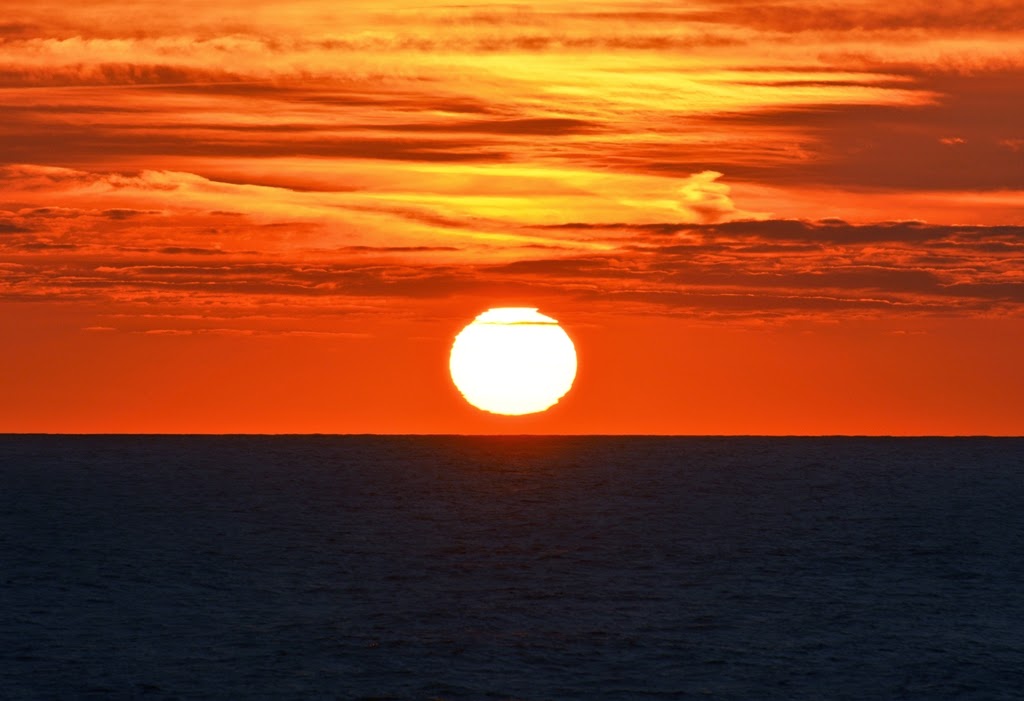 Common dolphins were as ubiquitous as they have been for the past few days, but with the sea conditions as calm as they were we could now see small groups splashing about much further towards the horizon and in a wide arc across our viewshed ahead of the ship. These progressively made their way towards the R.V. Celtic Explorer, leaping out of the water with great determination, often landing back down on their sides with a mighty splash. On closer inspection, several of the smaller, discrete groups contained calves, one of which was particularly small and provided great entertainment as it rocketed its way out of the water and towards the bow. 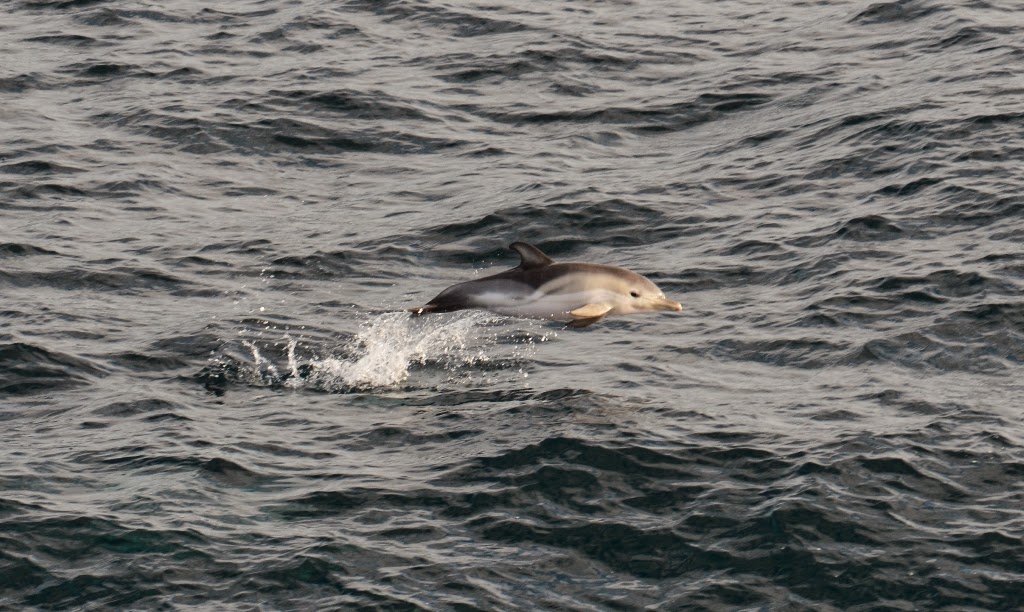 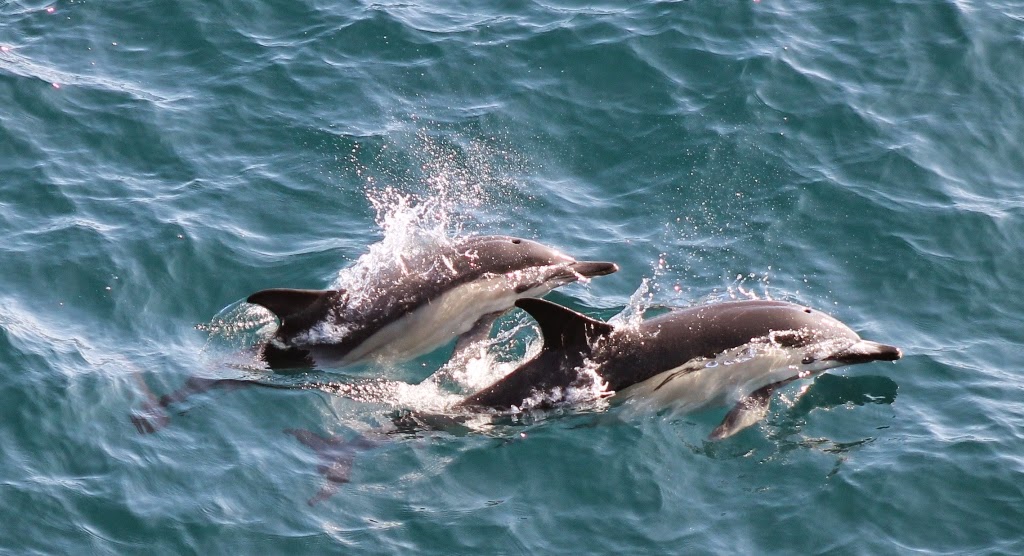 It was a great day for long-finned pilot whale sightings, with a group of about 10 or so in our wake at first light followed up by another group of 10 later on with a small calf, which came in for a good close look at us allowing for excellent photo opportunities. A fairly abundant species with a widespread distribution in the Irish offshore territory but tied to deep water habitats and rarely seen from land so always great to encounter and see well. A firm favourite with many on board. 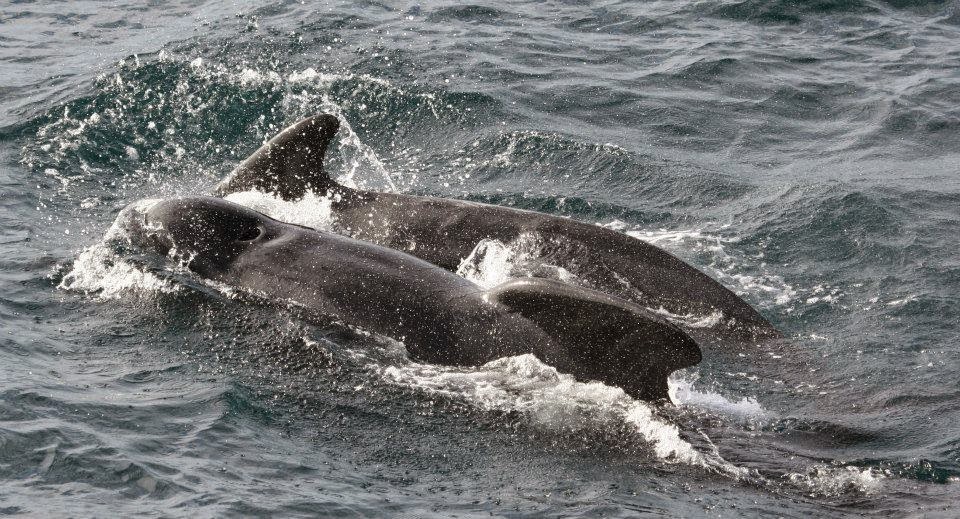 Some confusingly short, bushy blows from a baleen whale which refused to show well on several occasions this afternoon had our attention focused for quite some time as it moved ahead of us on our survey transects. After much searching it eventually made a pass of the bow, surfacing on three occasions at a range of about 100m… a truly stunning view of a small, juvenile fin whale! The full suite of ID features were on offer including the white right hand side of the lower jaw, prominent ‘splashguard’ around the blowhole and whispy, grey ‘chevrons’ along the back. The small size of this animal would account for the confusing blows we saw beforehand. 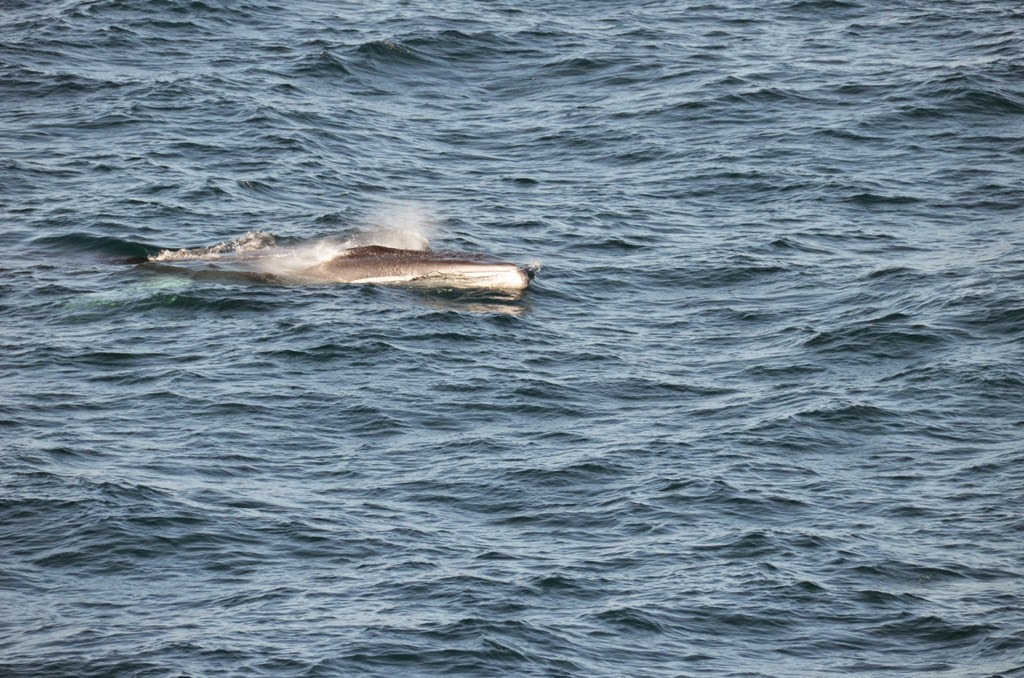 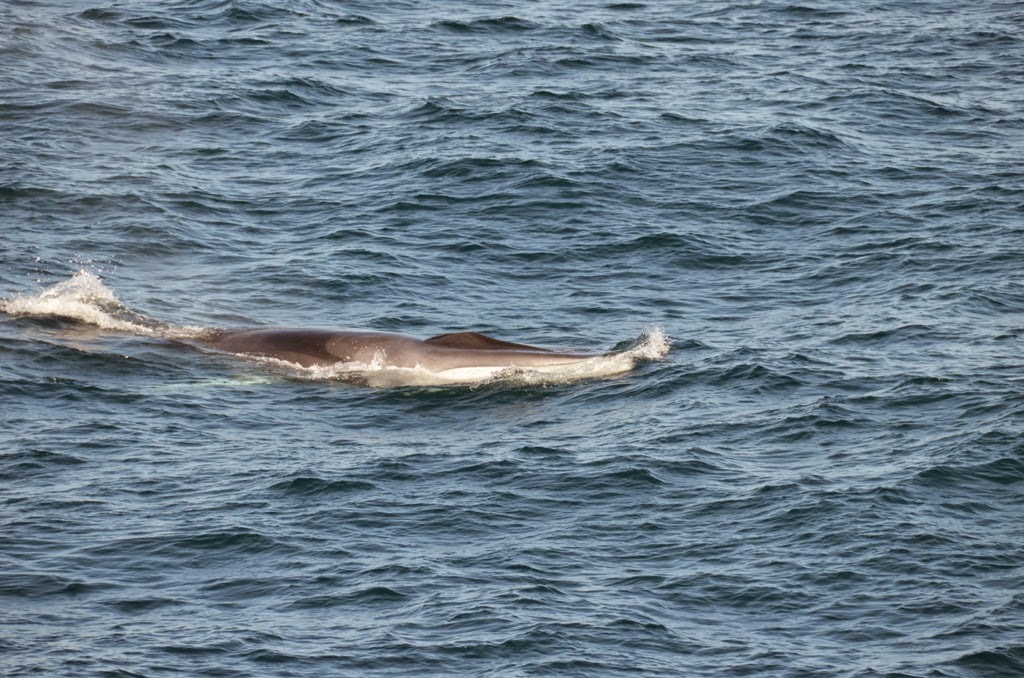 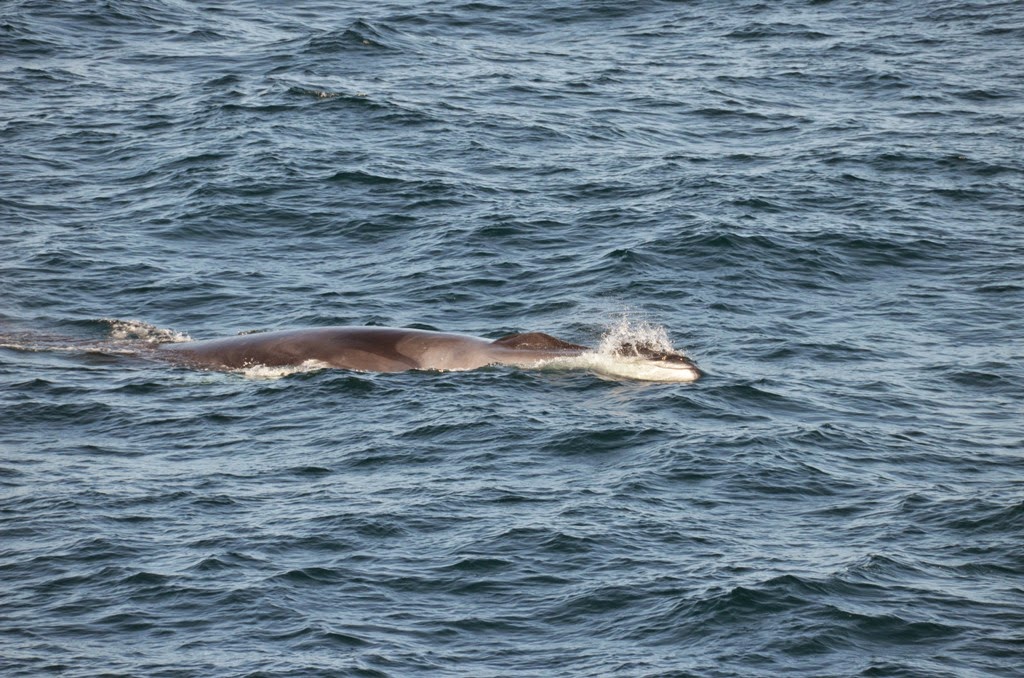 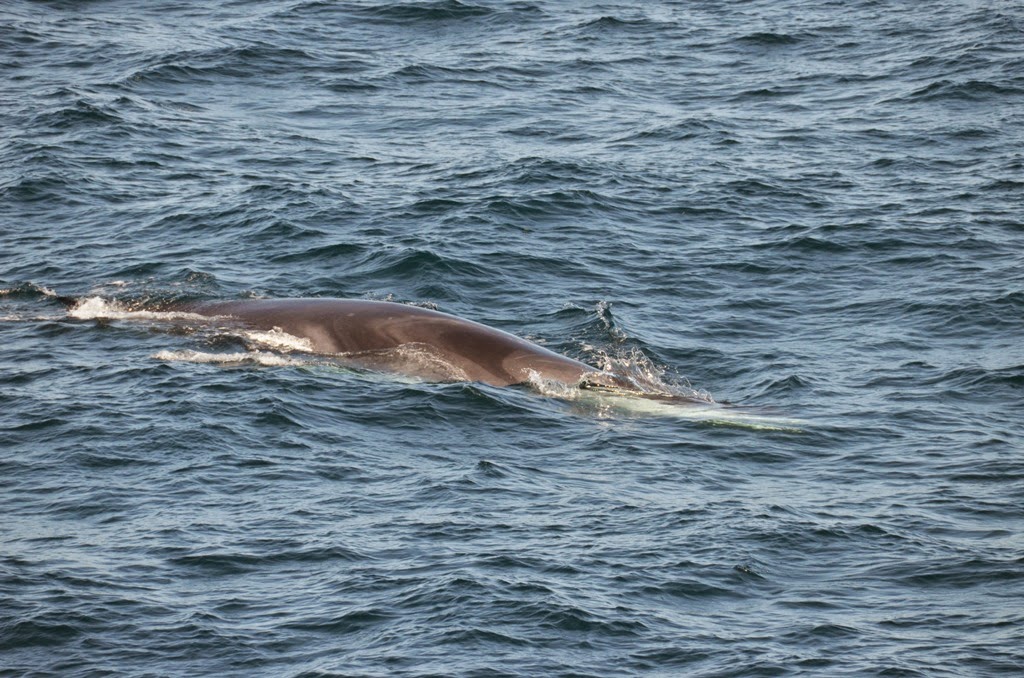 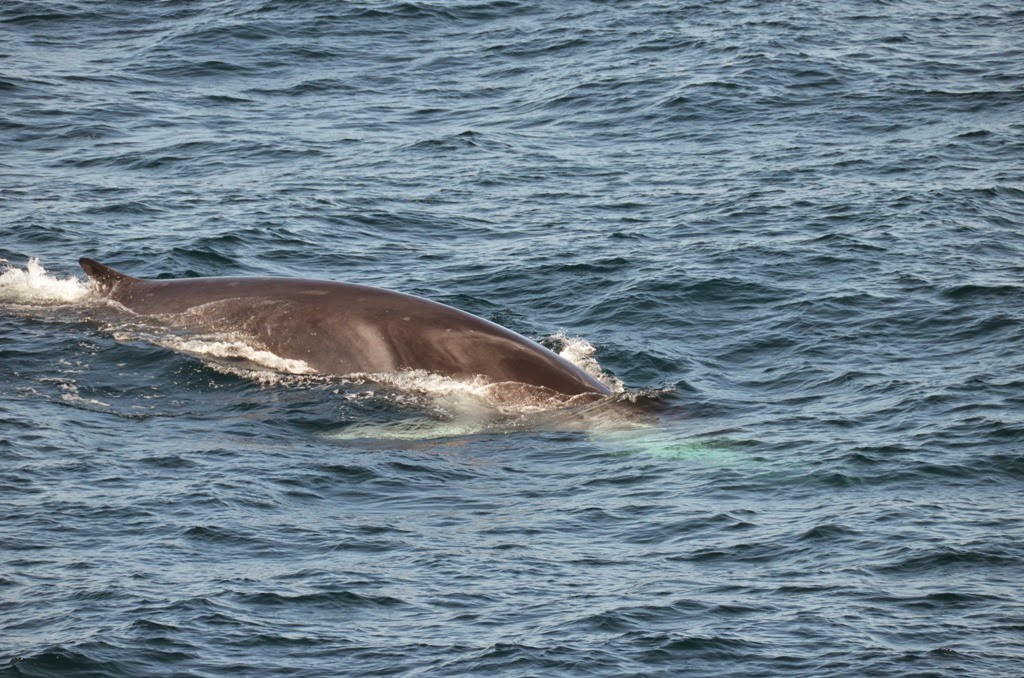 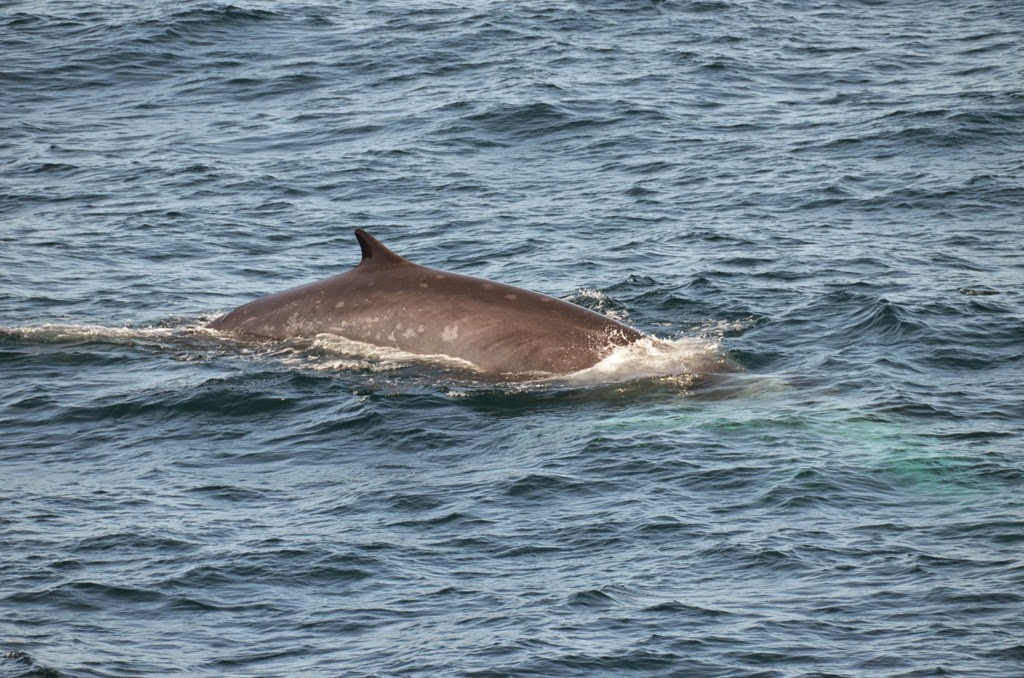 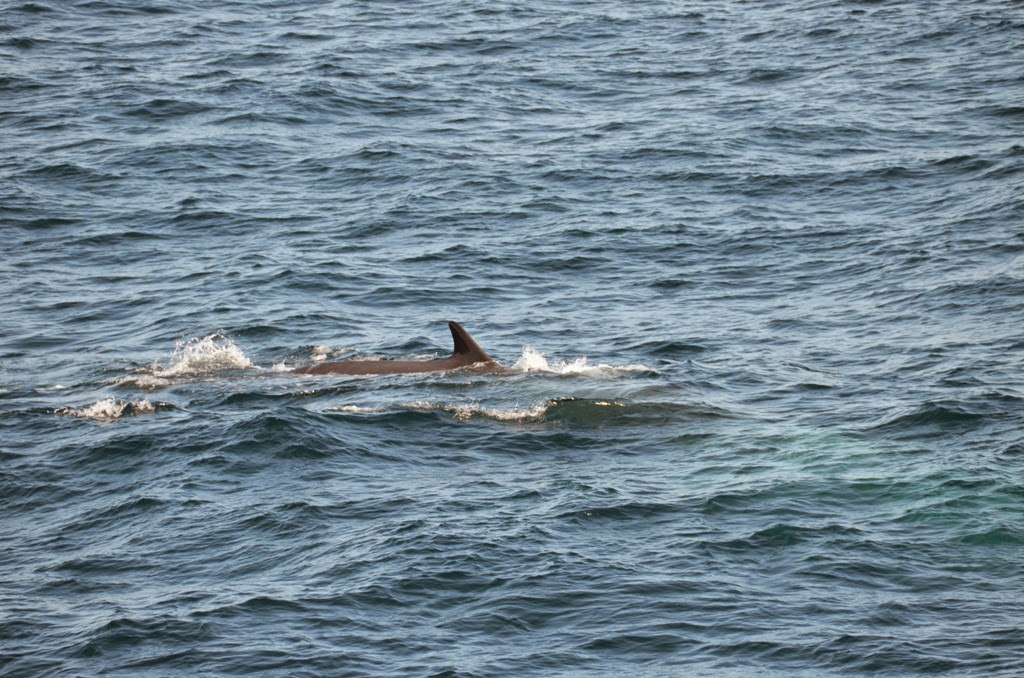 During this time, the Irish Air Corp Maritime Squadron Casa 253 joined by Patrick Lyne and Lucy Hunt of the Irish Whale and Dolphin Group were making their approach towards the R.V. Celtic Explorer for a flyby during a routine assessment of fisheries operations in the Porcupine Seabight area. The Irish Air Corps have provided IWDG surveyors a fantastic opportunity over the years for offshore surveying by facilitating them when possible on these trips where they target recording larger species such as baleen whales and sperm whales. 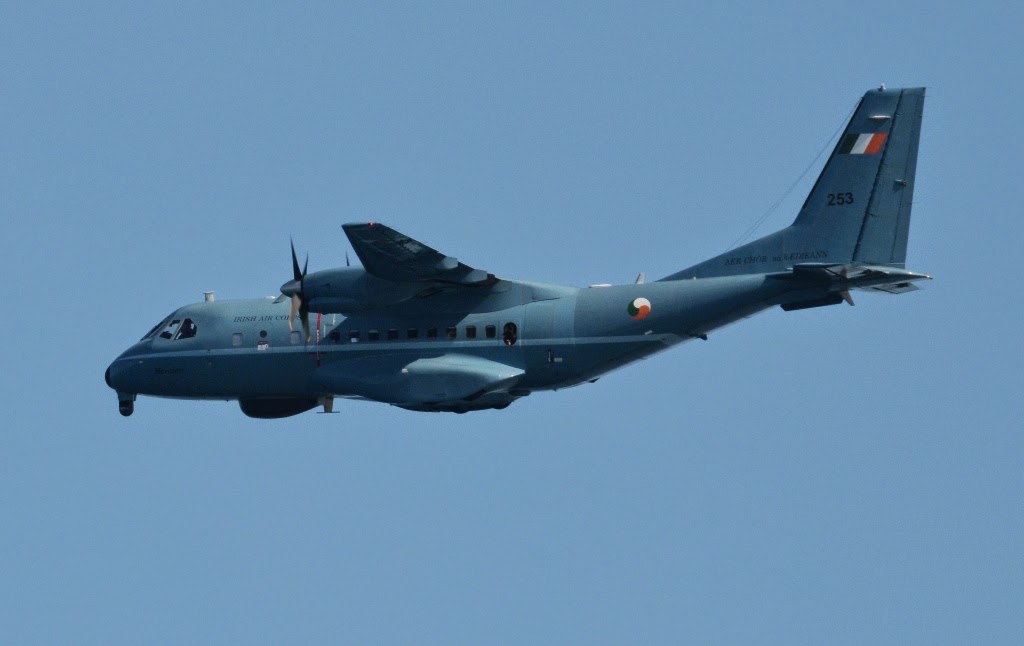 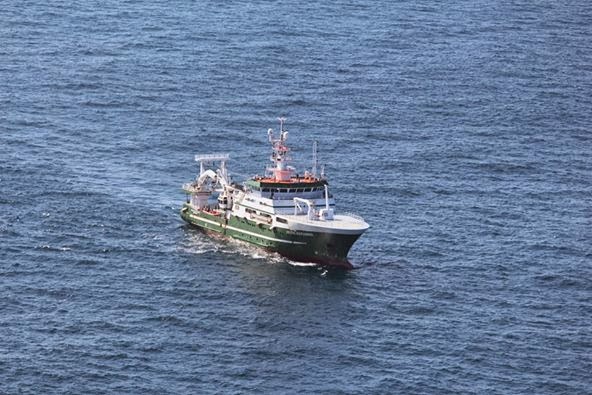 The juvenile fin whale had now made its way towards a second, larger individual so a decision was made to launch the IWDG RIB ‘Muc Mhara’ in order attempt a biopsy sample for genetic and stable isotope analysis. Simon and Joanne set off in the RIB accompanied by two crew members but the whales proved too quick for a safe biopsy to be taken. The sortie in the RIB did allow for some excellent photo opportunities of the R.V. Celtic Explorer from a sea level angle! 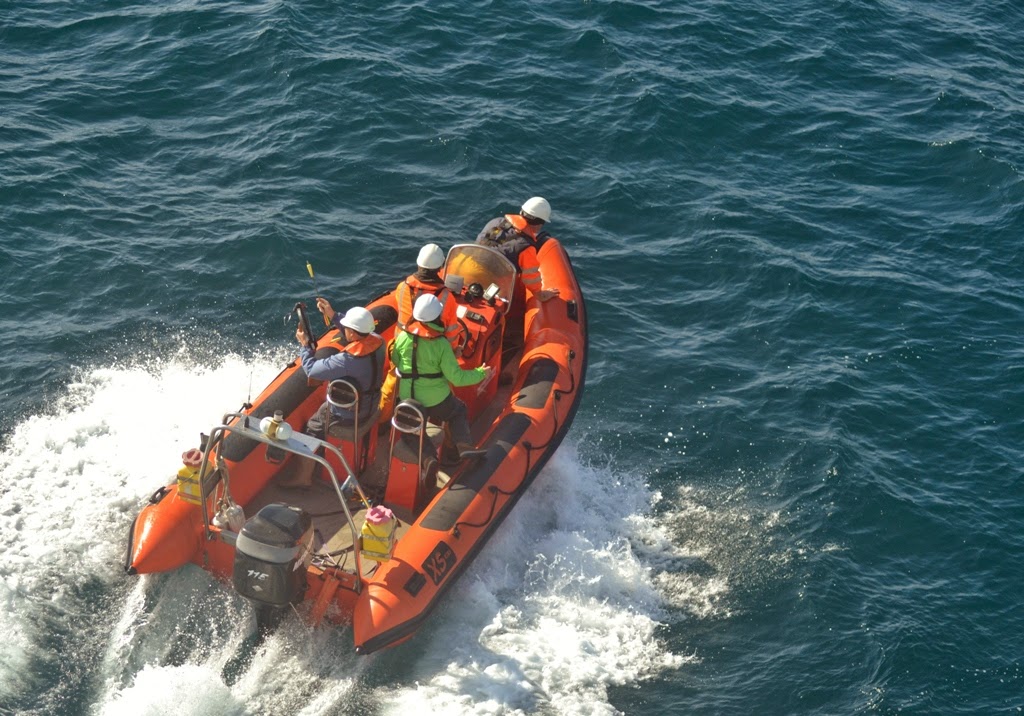 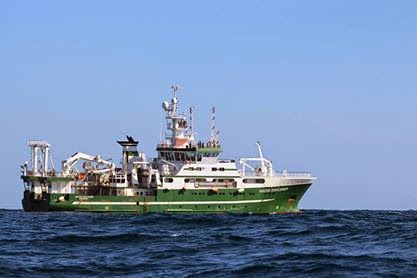 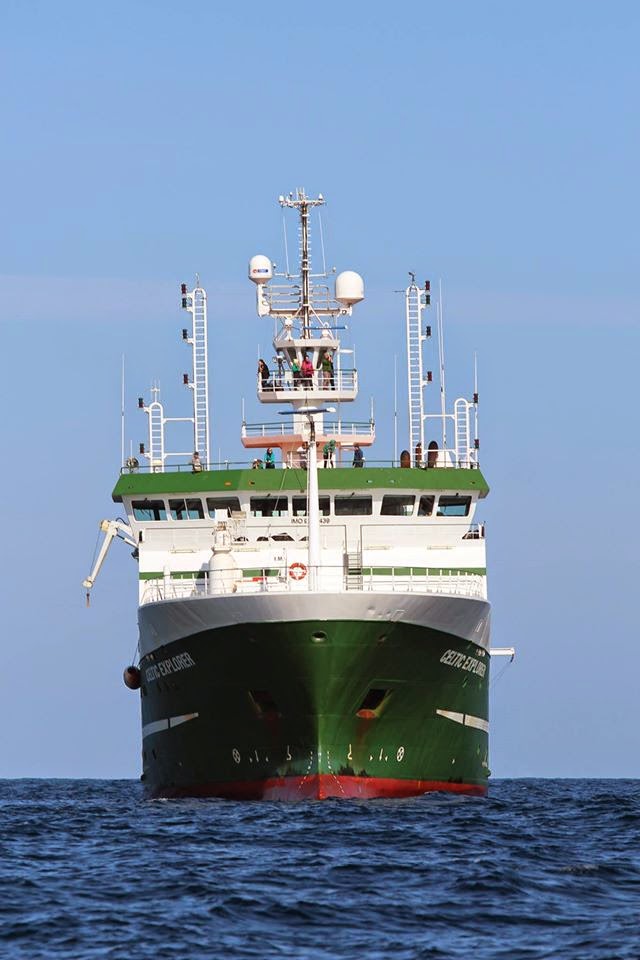 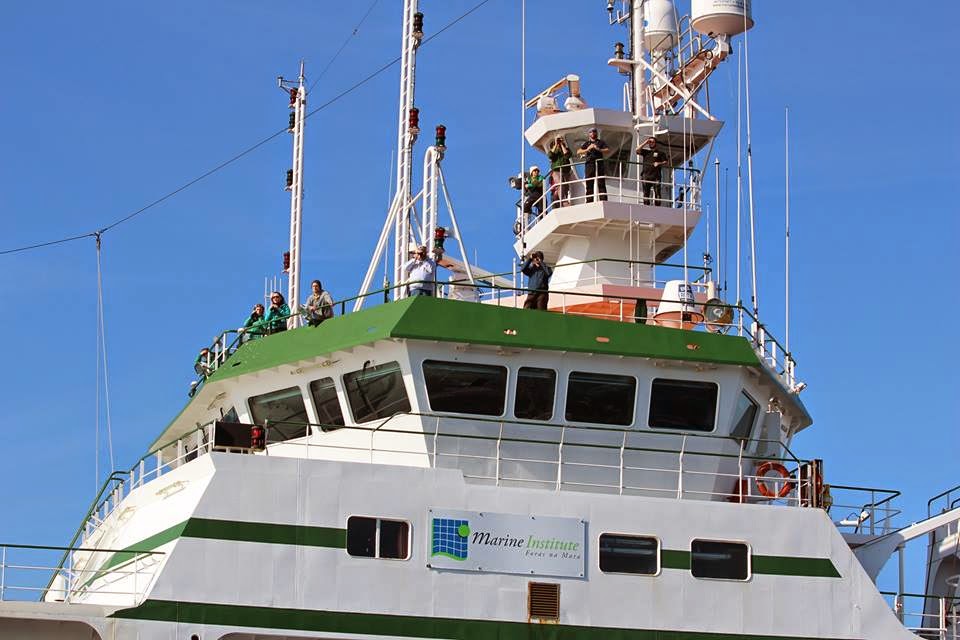 Other marine ‘megafauna’ got a good shout in today also with a distant sighting of what was most likely a breaching bluefin tuna, fantastic views of a multiple breaching ocean sunfish and one of the undoubted highlights of the week, a leatherback turtle which was picked up just under the water’s surface as we approached it, passing along the side of the ship at no more than 30m, followed by two superb views of it surfacing, head and ridged carapace (shell) right out the water! Leatherback turtles regularly occur in Irish waters with a widespread distribution right across the Atlantic frontier and even up into the Irish Sea. Views as good as the one we had today are hard to come by however as they often only spend brief periods at the surface so finding them in the first place is hardly an exact science. 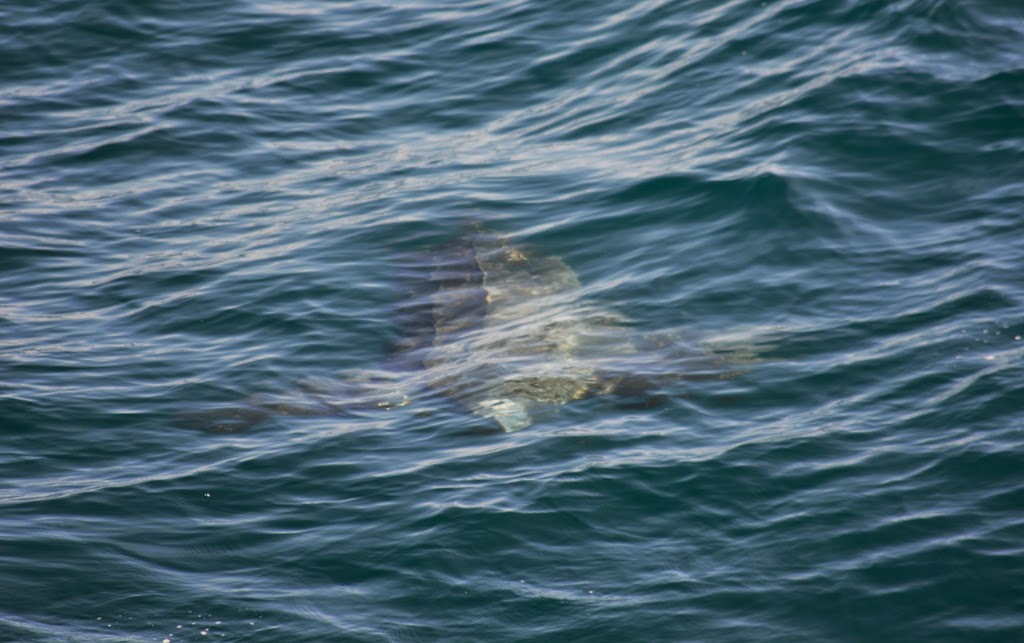 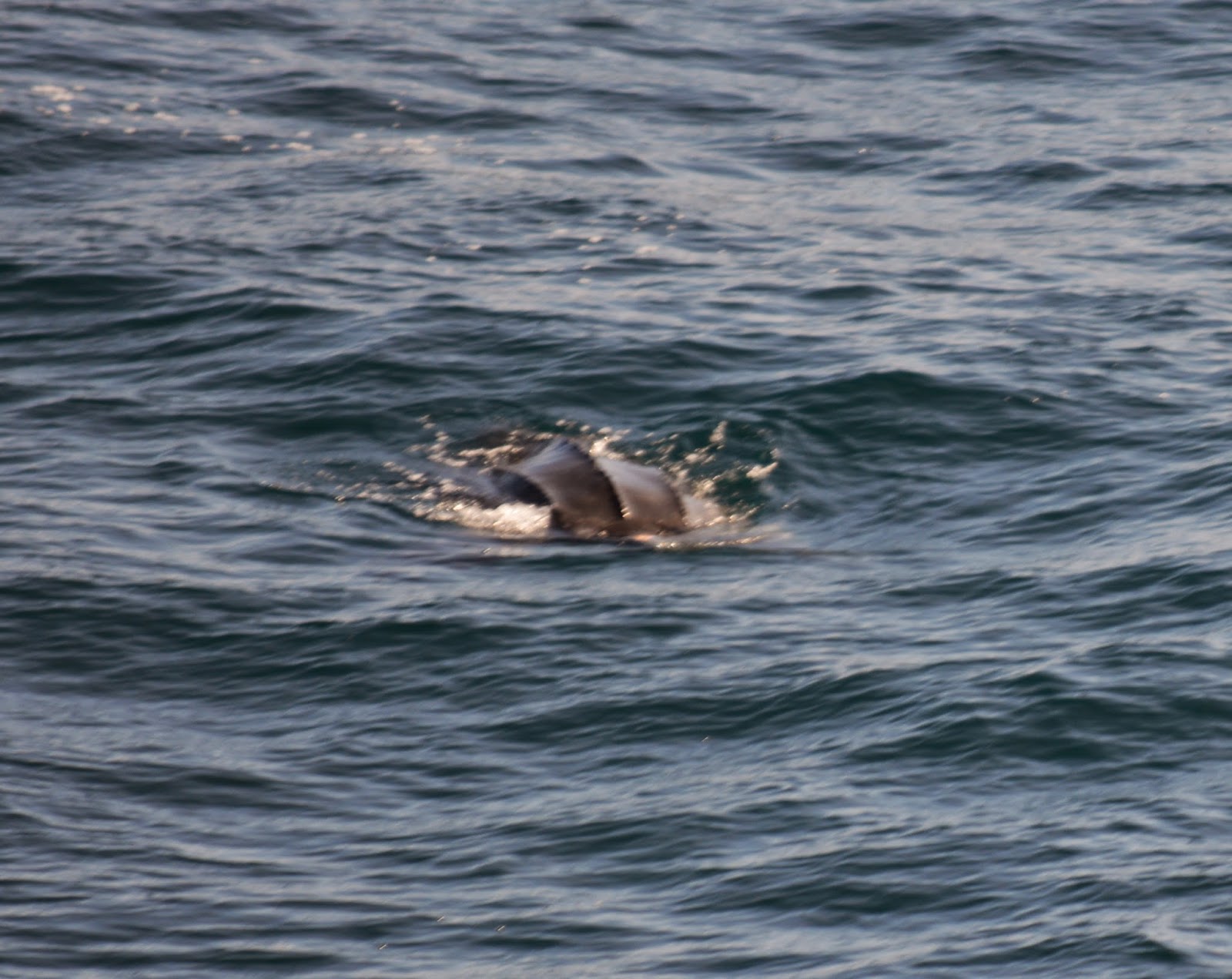 The seabird team had barely got started with their morning’s census (some 50 nautical miles West-Southwest of the Skellig islands) when a pair of shearwaters rose up ahead of the R.V. Celtic Explorer, one a Manx shearwater, the other a much smaller and rarer Barolo shearwater! The two birds continued ahead of the ship, moving away in a Northerly direction, heading off to our port side, allowing for a perfect comparison of both plumage features and flight style between these two somewhat similar looking species (at least according to the field guides, seeing them together in ‘the field’ however is a different story… like chalk and cheese!). Barolo shearwaters breed across the Macaronesian archipelago, specifically the Azores, Madeira and the Canaries. They are a rare, infrequently recorded species in Irish waters, most often from West coast headlands in late Summer or Autumn, with just 22 records documented up to the end of 2012 (per the Irish Rare Bird Committee reports). A most unexpected and welcome sighting, certainly one of the many avian highlights of the week.

New bird species added to the trip list today included a couple of grey phalaropes, a handful of guillemots and a migrant swift flying around the ship. Seabird numbers were generally low throughout the day, a few diving gannets and milling fulmars indicating some feeding opportunities were on the cards in this area. Two great shearwaters, 10 sooty shearwaters, 9 European storm-petrels and 9 great skuas were the best of the rest. One of the two kestrels which came aboard last night was seen again this morning, leaving the ship and heading off on its merry way. A few new meadow pipits joined us over night also, one of which ended up inside the bridge and took its place in the captain’s chair while everyone was off watching the match. Good to know somebody was steering us in the right direction! 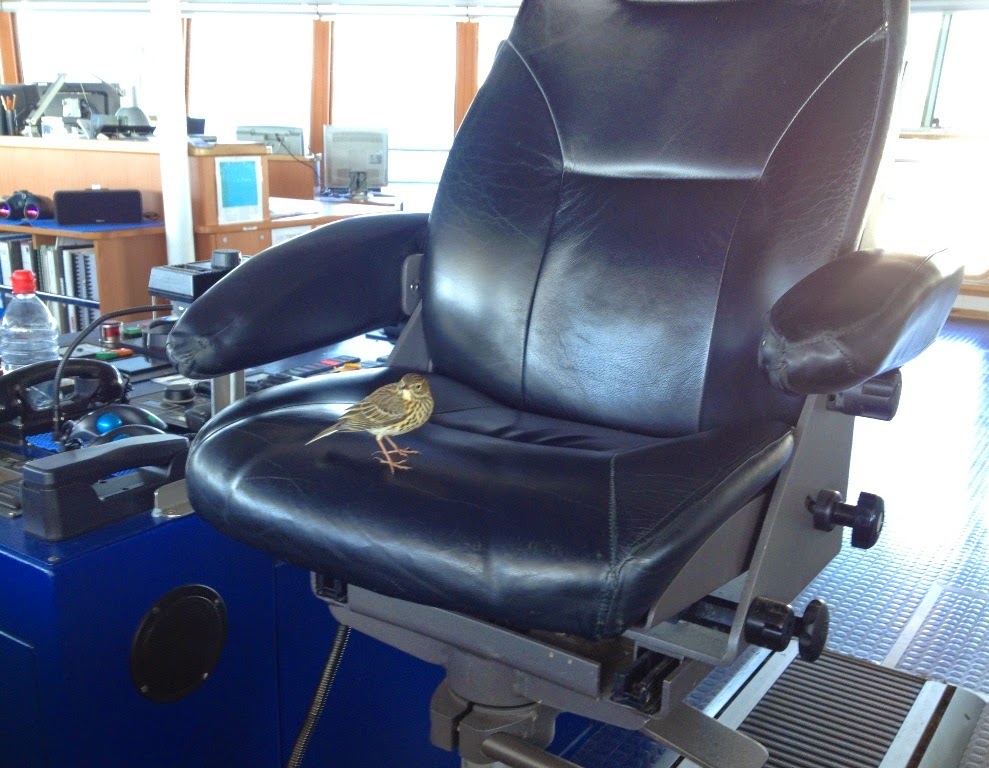 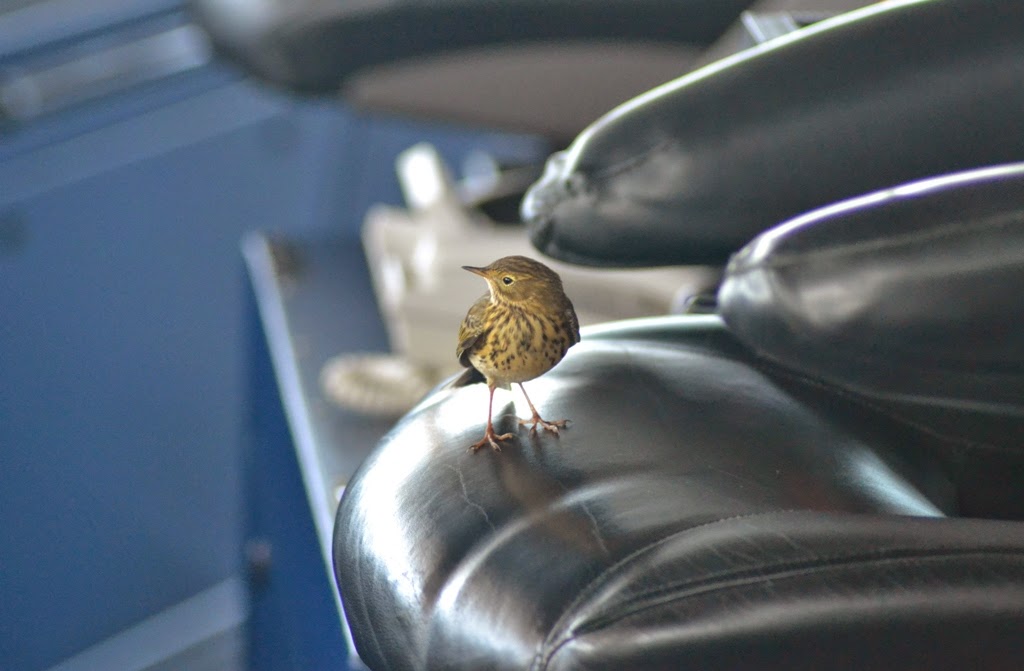 Tonight we will zig-zag North West along the Eastern Porcupine Seabight and cross North East over the Hovland Mound SAC once more in the morning while we make our way back towards Galway. The lads on the night time acoustic monitoring shift will continue in their endeavour to decipher what whale and dolphin calls they hear coming out of the depths. Enda reports that after some analysis, a series of clicks they picked up last night almost certainly came from a species of beaked whale, a group of enigmatic, poorly understood and rarely seen cetaceans which we know occur with some frequency in the Irish offshore territory but to date have given us the slip on many occasions, often showing only briefly when they do. Tantalising stuff, but it certainly keeps us motivated! 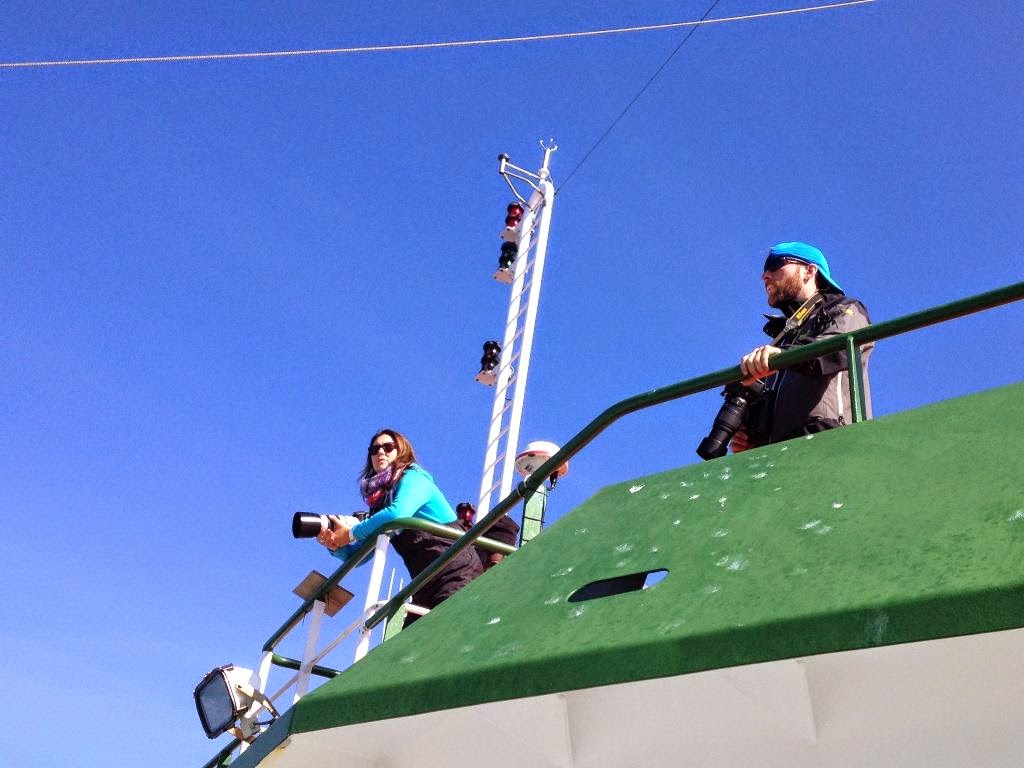