We found ourselves over the South West Porcupine SAC at 8am this morning in order to retrieve Static Acoustic Monitoring (SAM) devices which were moored back in May (supported by Woodside) in order to gather acoustic detections of cetaceans present there throughout the summer months. After the SAM devices were safely on board we steamed North East across the top of the Porcupine Seabight to the second SAM site of the day, conducting continuous visual surveys in between. 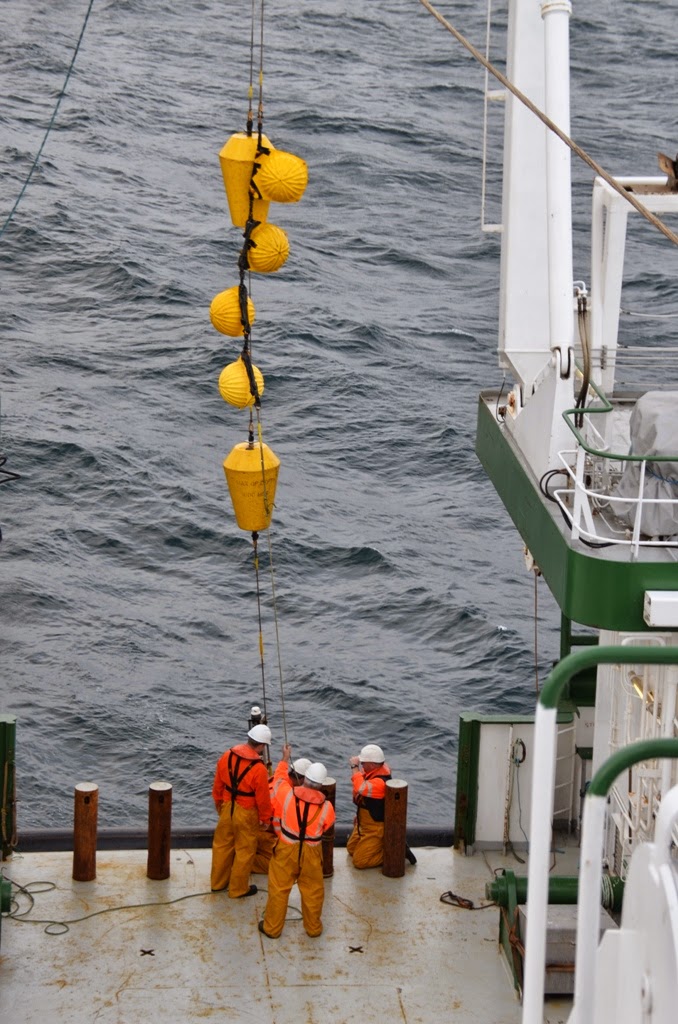 Frequent sightings of fin whale blows were present from the off, with at least three individuals confirmed in relatively quick succession. After that, baleen whale activity ceased for the day but the cetacean observation team was kept busy with frequent sightings of common dolphins with groups of up to 60 animals including calves coming in to inspect the vessel. Another two ocean sunfish were also logged today, drifting by at close range.

And so the day continued, with sightings tipping away at a fine pace. Nobody would have predicted the events that would unfold after lunch however when at 13:30 the call came over the walkie-talkies from Rossa and Róisín of “KILLER WHALES!!!”. Two enormous, black, triangular dorsal fins came looming out of the water together on our starboard side no more than 50m out! Needless to say our full attention was now focused on them! The ship was manoeuvred in order to attain photo-ID pics (which now became our top priority) but the whales did us a massive favour and made several passes alongside us at close range allowing for excellent views of the eye masks, dorsal fins and on some occasions, tail fluking! As the minutes ticked by at incredible speed our count increased from two to three to five to seven. A mix of large fins and medium to small fins were noted, indicating a family group. After 20 minutes or so of fantastic viewing with photo-ID images secured, the group of killer whales split off on their own track and we left them to it continuing back on our survey route. 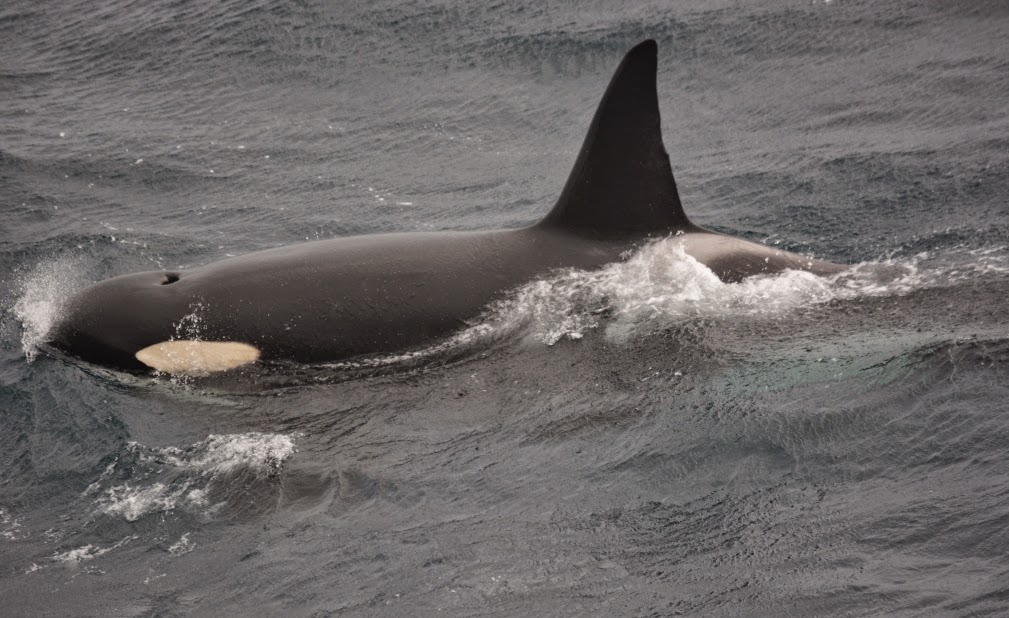 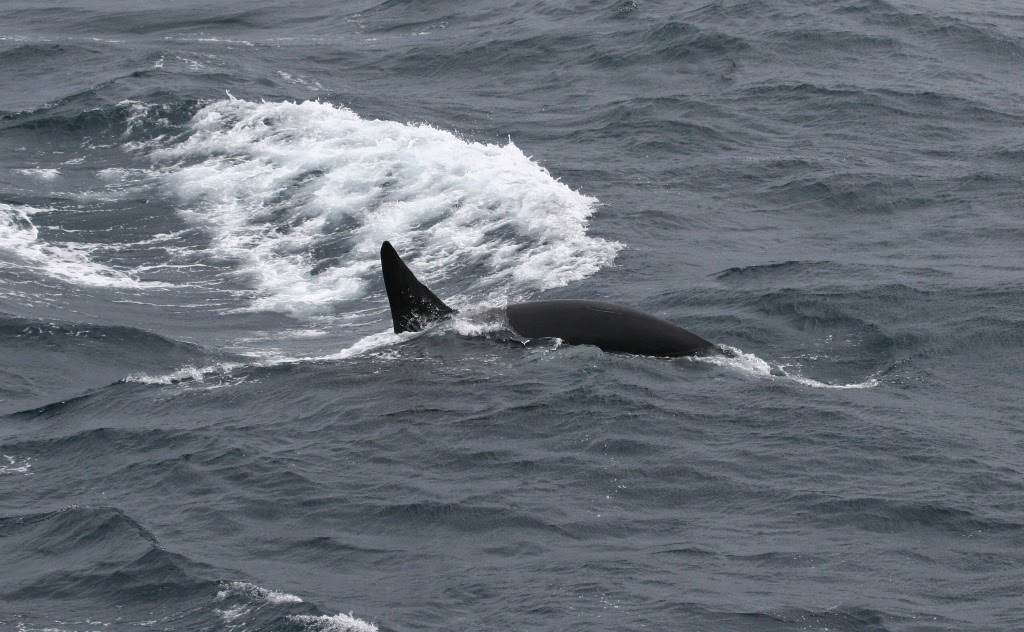 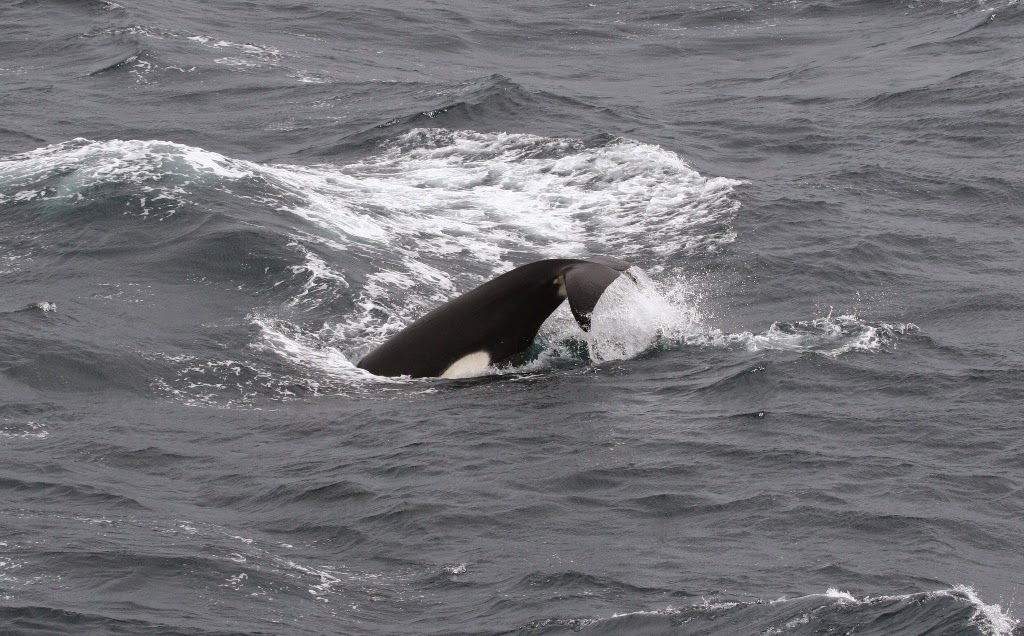 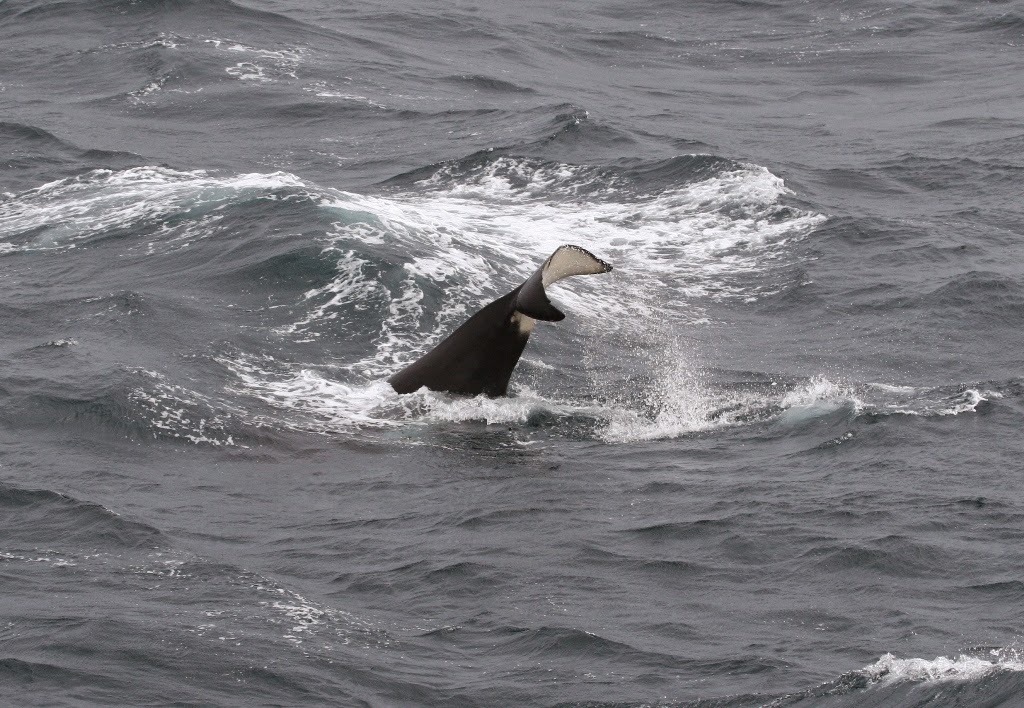 A superb encounter with one of the world’s most instantly recognisable and much loved cetaceans aside, the sighting of today’s killer whales was an important find for the Cetaceans on the Frontier survey. These offshore animals are infrequently seen so another ‘dot-on-the-map’ has been added to the distribution database which will build on a slowly increasing understanding of their pattern of occurrence and ecology. The photo-ID images secured today are quite simply priceless and will be catalogued and compared to an international database of killer whale images, hopefully coming up with a match or providing some baseline data to work with should future sightings be made.

Killer whales in Irish waters seem to have a real element of unpredictability about them. Some of the Marine Mammal Observers present today have many hundreds of observation hours and thousands of at-seas miles under their belt without having encountered killer whales before today, whist for some of the students joining us on the trip for their first time offshore, things could not have worked out better! Whether informed planning or blind luck had anything to do with it still does not detract from how absolutely amazing the 20 minutes we had with these animals this afternoon was. Smiles all round! 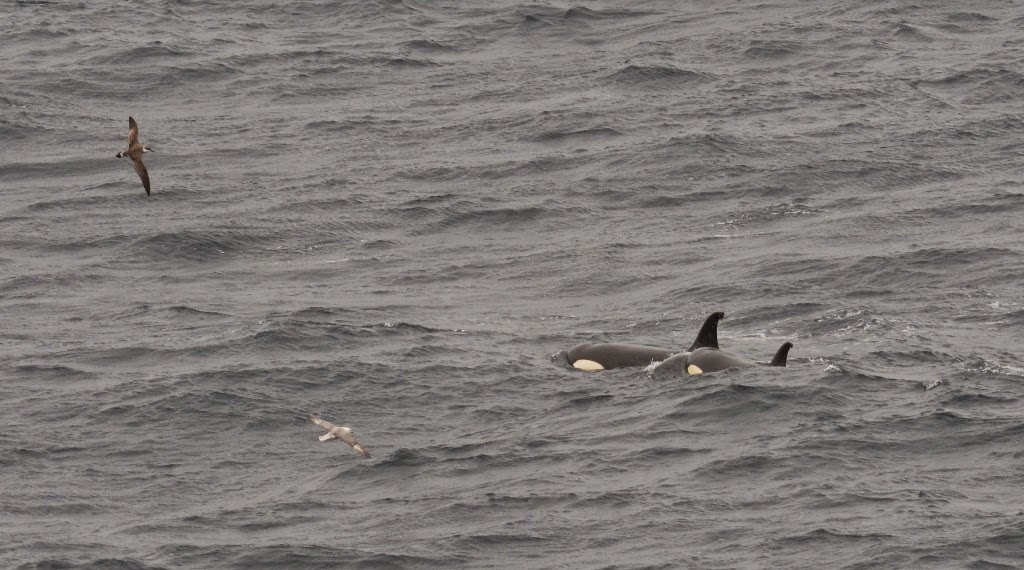 The seabird team had a busier day all round compared to yesterday with a mixed species flock off the stern throughout. The avian highlight was undoubtedly the continuous presence of trailing great shearwaters, frequently coming along our port side showing down to 50m at times! Birds seemed to be joining and leaving this group every few hours or so, making a final tally hard to conjure up but the single highest count we had was of 31 birds in one flock. Several sooty shearwaters were mixed in with the greats, the single highest count of those being four, otherwise the associating flock was made up of your usual gannets, fulmars and lesser black-backed gulls. Amid the commotion of killer whale activity, a nice mixed species group of seabirds followed their every move, with great skuas and gannets tracking from the air. Great shearwaters and European storm-petrels skirted over the killer whales on surfacing and with them the second Wilson’s storm-petrel of the trip. A serious combo of rare marine fauna in one field of view! The remaining species of note observed today included a single adult Sabine’s gull, a dark morph pomarine skua, a juvenile kittiwake, four great skuas, 11 Manx shearwaters and 40+ European storm-petrels. 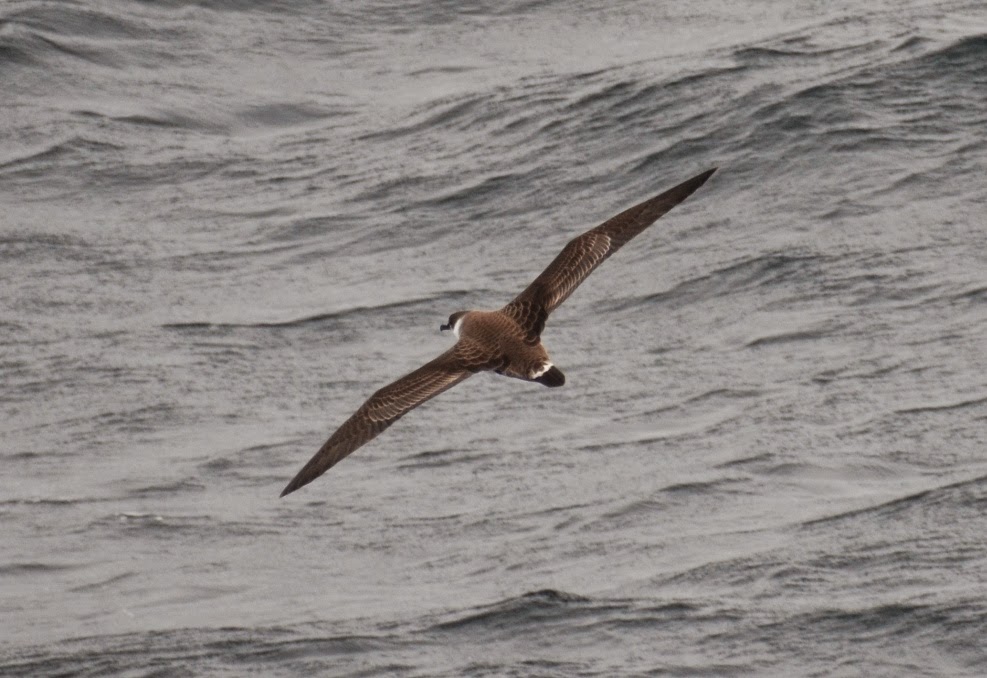 This evening we arrived at the Hovland Mound SAC where the crew of the R.V Celtic Explorer retrieved the second lot of SAM devices of the day. Tonight we head South East towards the Belgica Mound SAC for the third and final batch of SAM devices after which we will zig-zag our way along the Eastern edge of the Porcupine Seabight, hoping for something big and blue.

And we better not let tonight’s blog post go by without highlighting the steadfast dedication of Donegal supporters on board the R.V. Celtic Explorer… 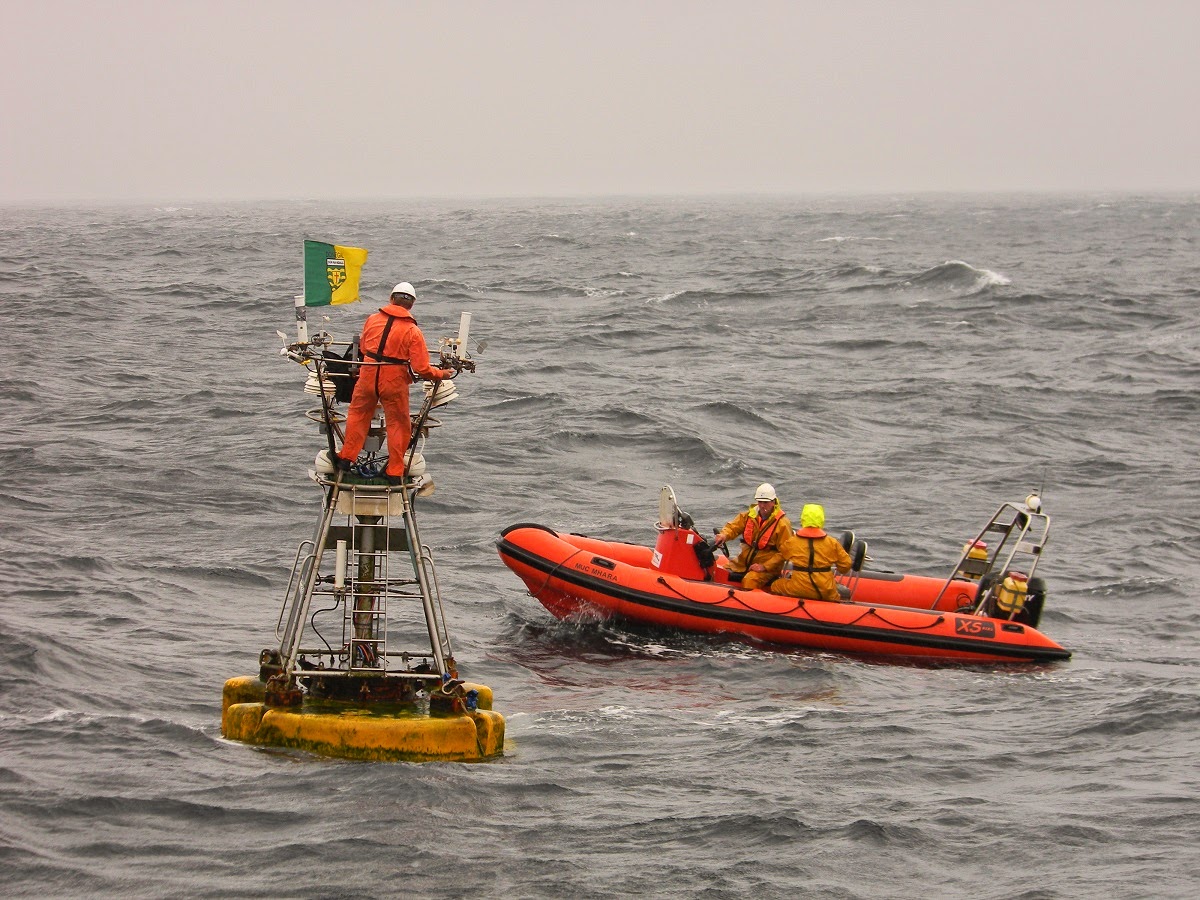