Cetaceans on the Frontier 6: An Undergraduates View

Five lucky 4th Year students studying in the Galway-Mayo Institute of Technology were given the opportunity to go on a voyage with the Cetaceans on the Frontier scientific crew and we happen to be those lucky five! We will provide you with a brief description of our daily routine and exciting escapades.

Day 1: After attending a safety briefing, a quick intro with the crew and a look at our luxury pads, we departed from Galway Bay at 11 o’clock Wednesday morning to the promise of a beautiful sunny day. We headed west for the M6 weather buoy 200 miles from the Irish coast, which needed a quick replace of wind sensors. 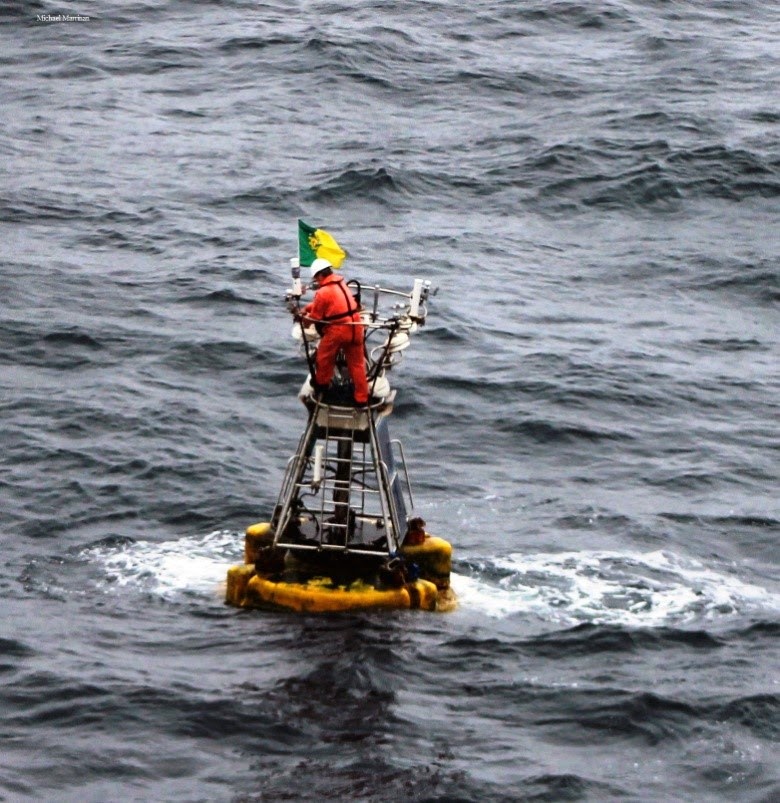 Some people will do anything for tickets! (c) Mick Marrinan

On this particular survey we were tasked with three main roles; the first of these was as tracking observers. This entailed climbing to a platform 17m above the deck (the crow's nest) and keeping a keen eye out for any cetaceans. The second task was to man logger, a piece of software that helps to compile the sightings into a database along with GPS positioning. And finally, thermal imaging (predator vision), to try and spot the heat of the blows from the larger cetaceans.

Although the weather was almost perfect, there were very few sightings to mention. The first sighting was of some bottlenose dolphins followed by the aptly called common dolphins bow riding at the front of the vessel and later in the evening a minke whale put in an appearance. Good times! 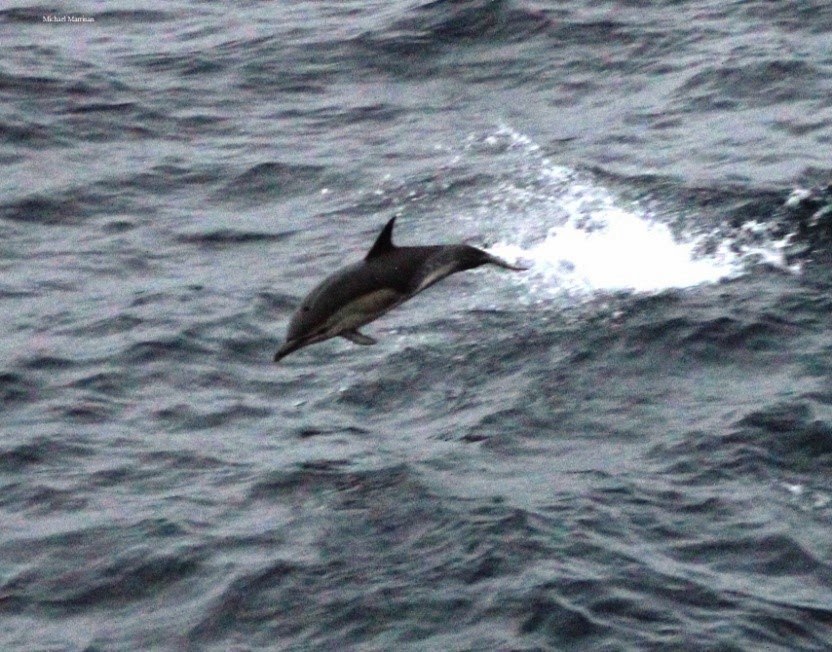 Day 2: If day one, weather wise, was near perfect conditions for carrying out a cetacean survey, despite the wind and rain, day 2 managed to have some fantastic sightings. With the frequent visits of common dolphins to begin the day it quickly lead to greater (bigger) things! Beginning with a visit from 5 white-sided dolphins, our next encounter was with one of the oceans giants, the sperm whale which was also recorded on a towed hydrophone. We also had the pleasure of seeing striped dolphins which are rarely sighted in Irish waters, next we stumbled upon the second largest animal in the world, the fin whale. In total we saw four individual fin whales. Amongst these sightings we had the privilege of watching a pair swimming in sync and possibly feeding. To round off the day we were entertained by an army of common dolphins which was at least 50 strong. 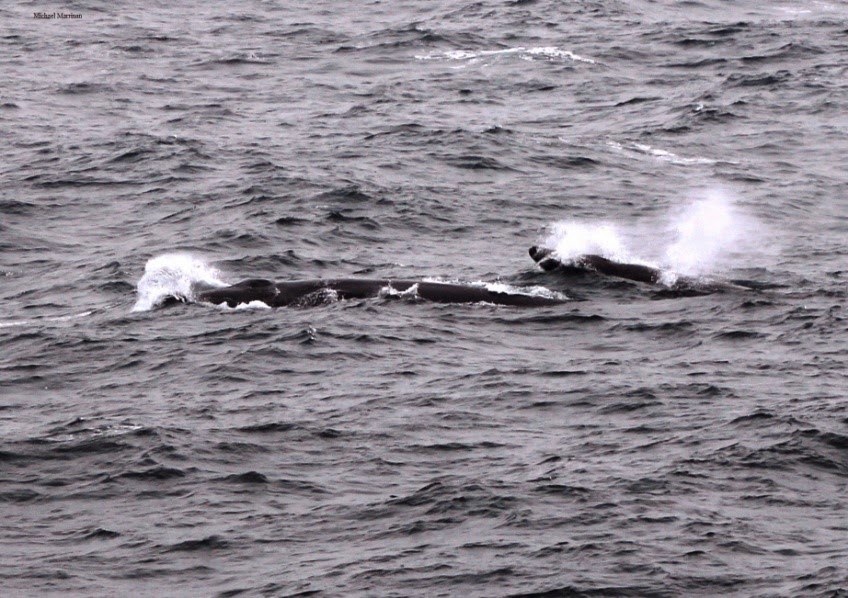 This being our first voyage, to see so many different species in the one day was truly awesome! Lets hope for more of the same tomorrow. 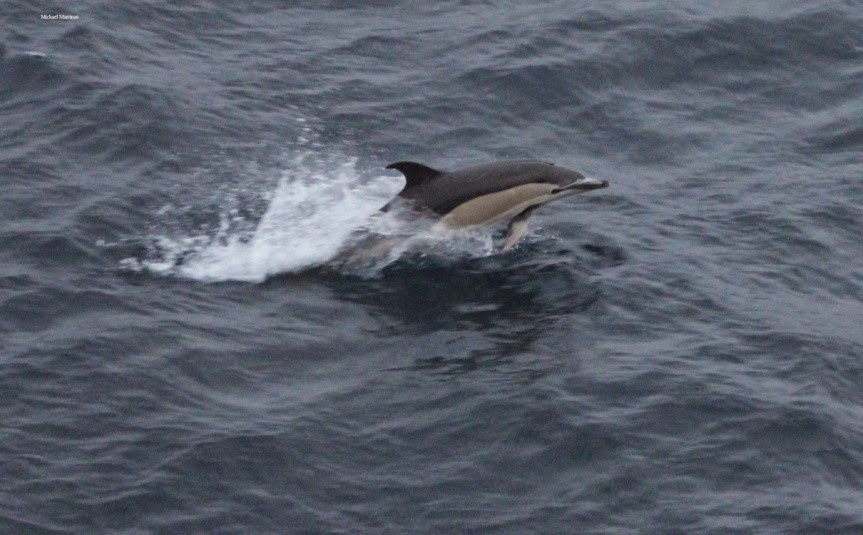 Day 3: Today provided us with a killer opportunity we never expected!!  We began the day with a visit from a few fin whales, one of which was keen to stay nearby for around 45 minutes, a real treat.  Frequent visits from common dolphins, including some lively calves, kept us on our toes until we came in counter with one of the most intelligent and social able creatures in the sea! Shortly after lunch, a pod of seven killer whales gracefully swam past our view. It included two adult females, four calves and a burley adult male. We managed to get some awesome pictures and a memory we will never forget!! 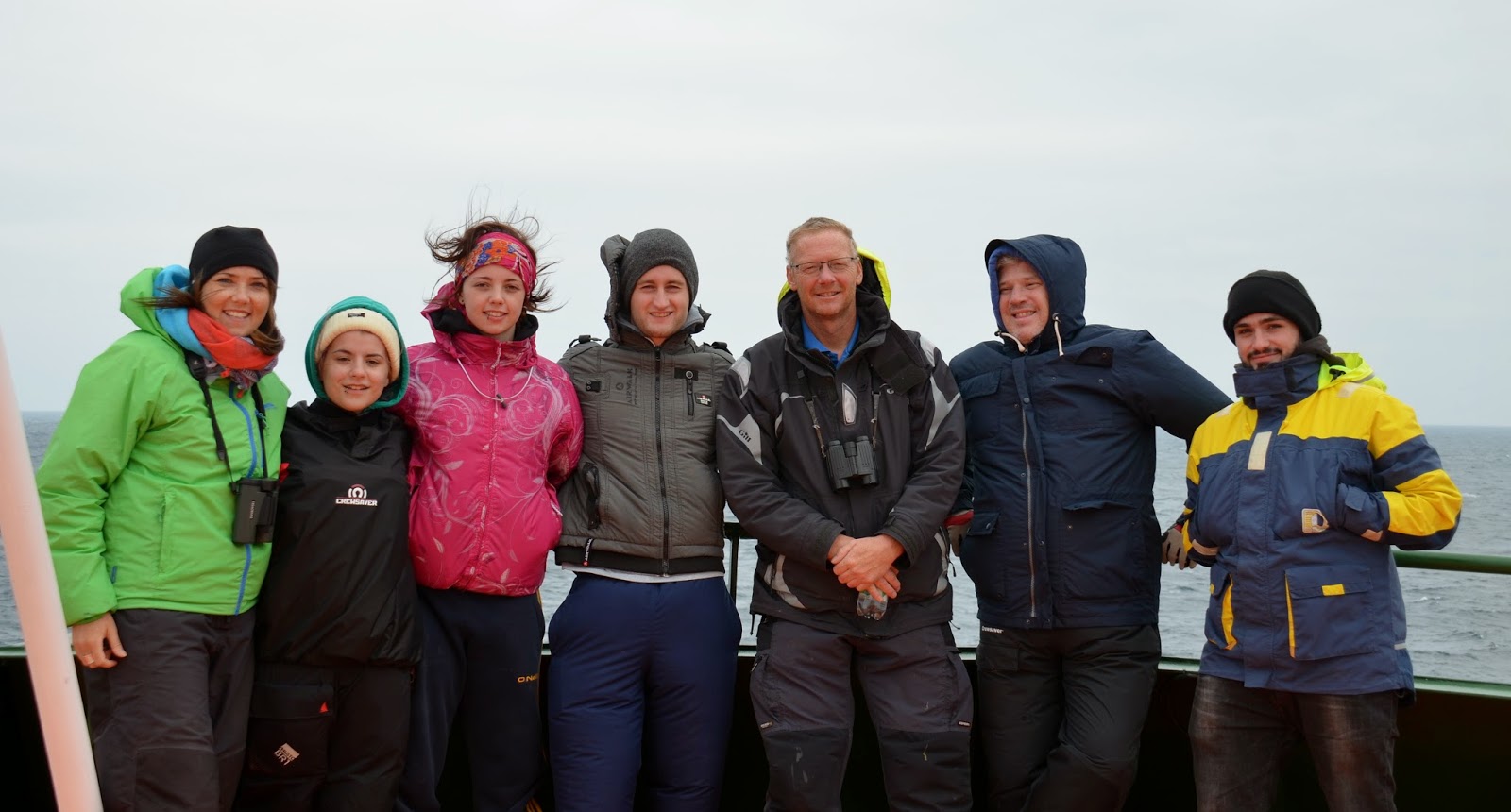