The team mobilised onboard the R.V. Celtic Explorer at 9am this morning in Galway and after sorting out our equipment for the week we set sail by 11am, steaming West through Galway Bay with a backing wind, warm weather and a relatively calm sea state. It was a real treat and a novelty to be out surveying on deck in a t-shirt! 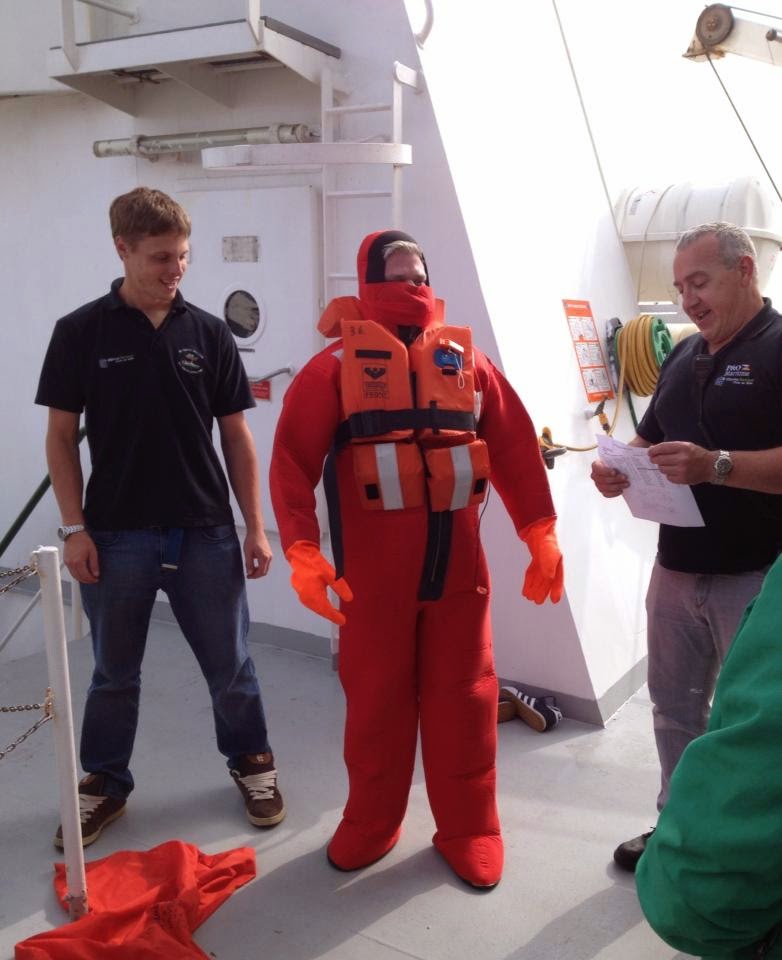 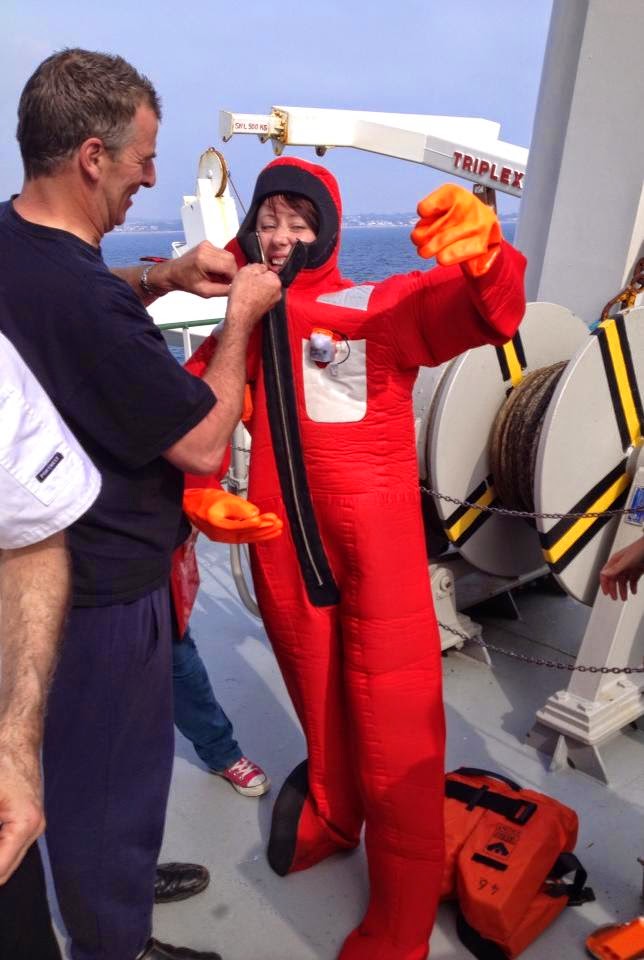 Getting the survival suits on during the safety drill! (c) Niall Keogh 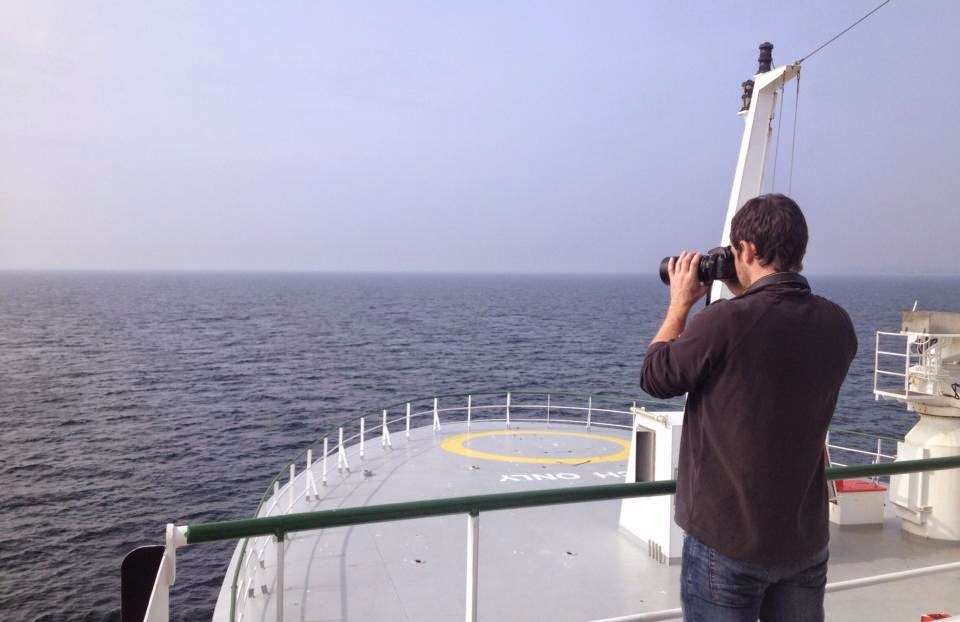 After clearing the Aran Islands and West Connemara we hit the Atlantic proper and it wasn’t long before our first cetacean sighting of the trip was logged – a group of three common dolphins. Several more groups of 3-5 animals at a time were recorded throughout the afternoon, showing well to all present as they came in to bow ride. Late this evening a minke whale put in a typically brief appearance as it surfaced once quite close off the bow. For those who were lucky to clap eyes on it, the first baleen whale sighting of the trip was safely ‘under the belt’ whilst the rest of us who weren’t so quick off the mark were left nothing more than a view of the surfacing  ‘footprint’ left after it slinked back under. Hopefully we’ll be observing some of their larger relatives further offshore in the coming days. 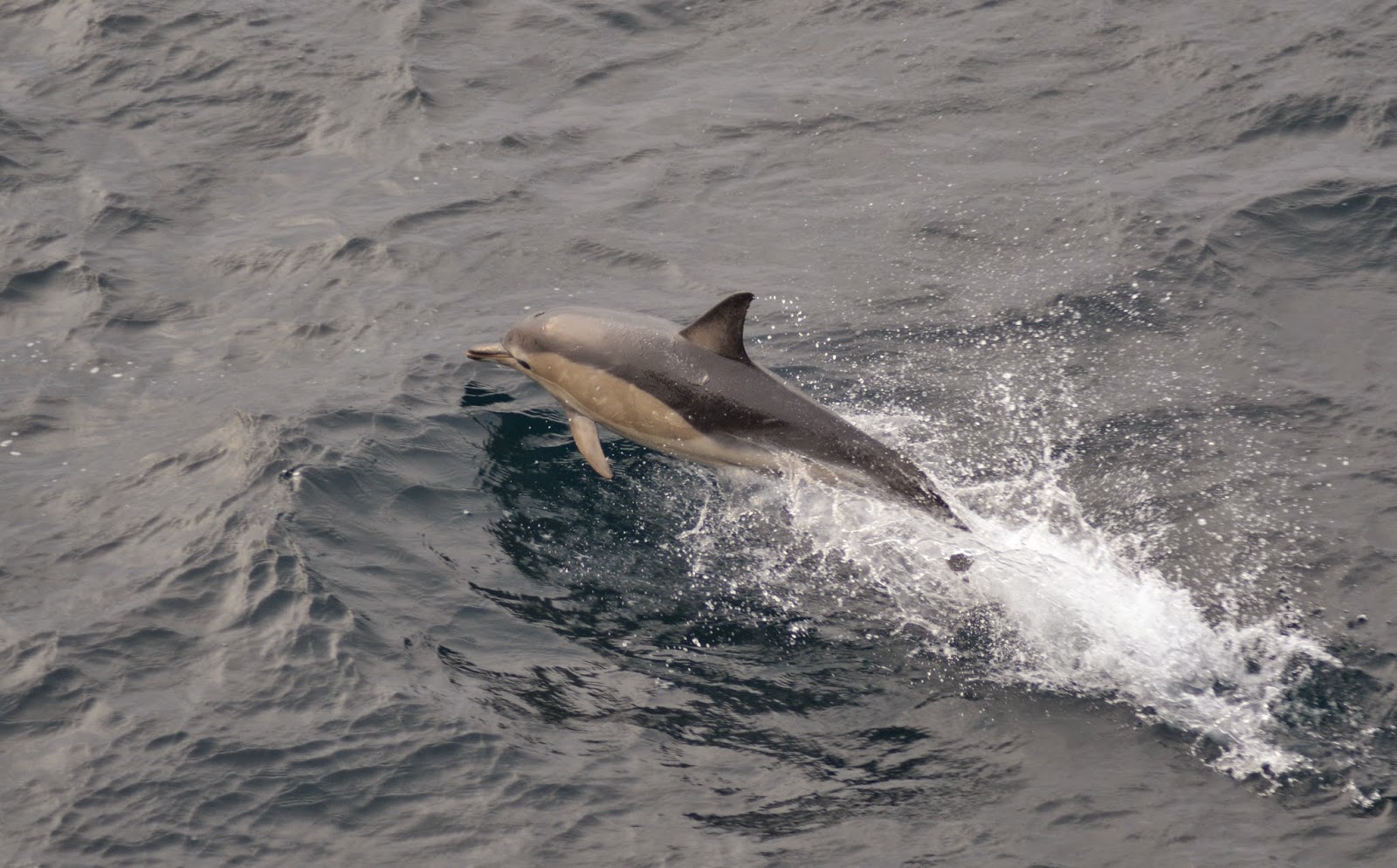 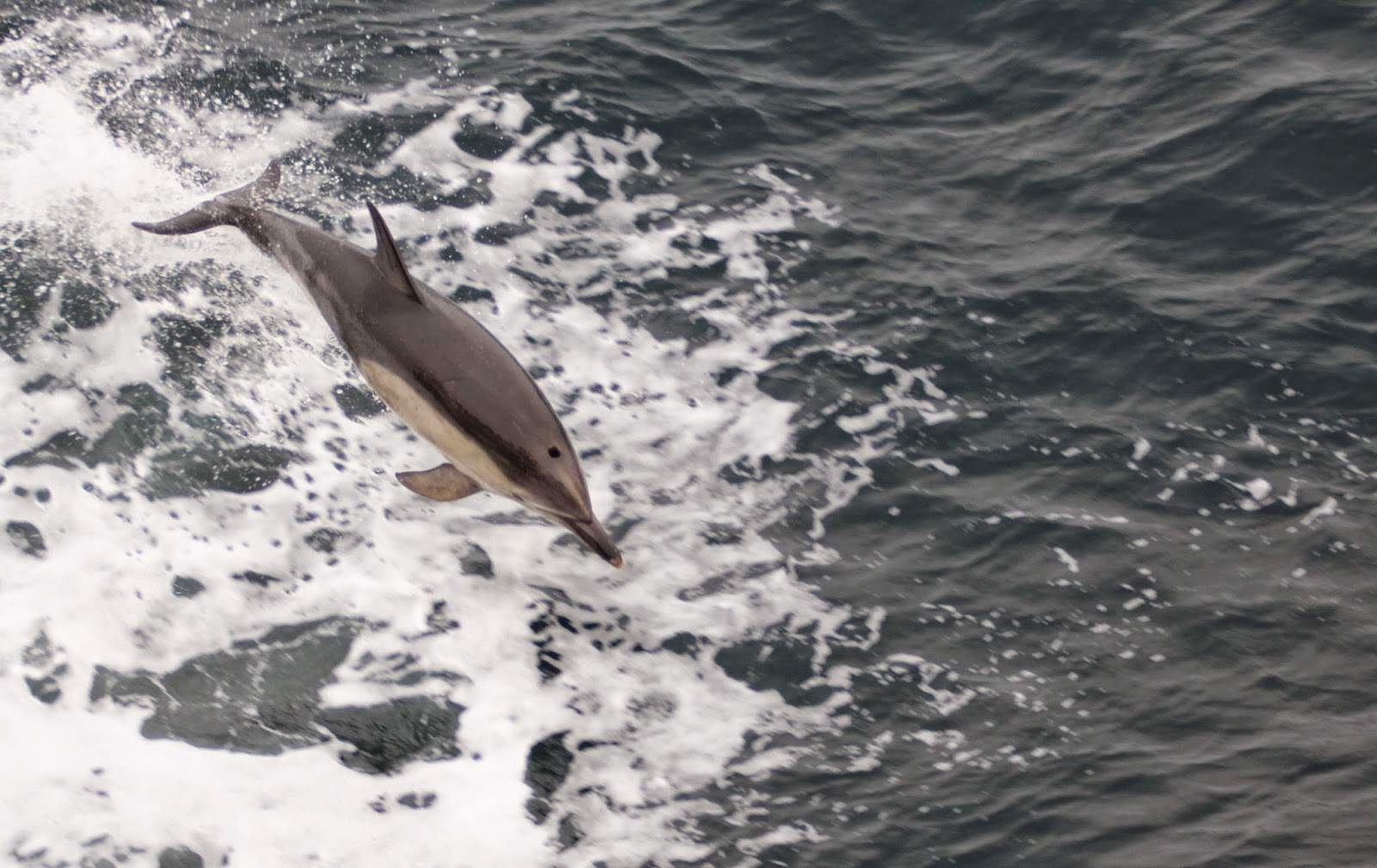 The seabird team kicked off their efforts with nine species of seabird with the highlights including good numbers of manx shearwaters, 35+ European storm-petrels and 6 great skuas (aka bonxies). Three meadow pipits also spent most of the afternoon circling the vessel, frequently landing on the deck and a turnstone also made several passes of the bow. These migrants were presumably disorientated by today’s slightly foggy sea conditions and lost their bearings momentarily, coming in to the ship to take a break before heading off again once conditions cleared. 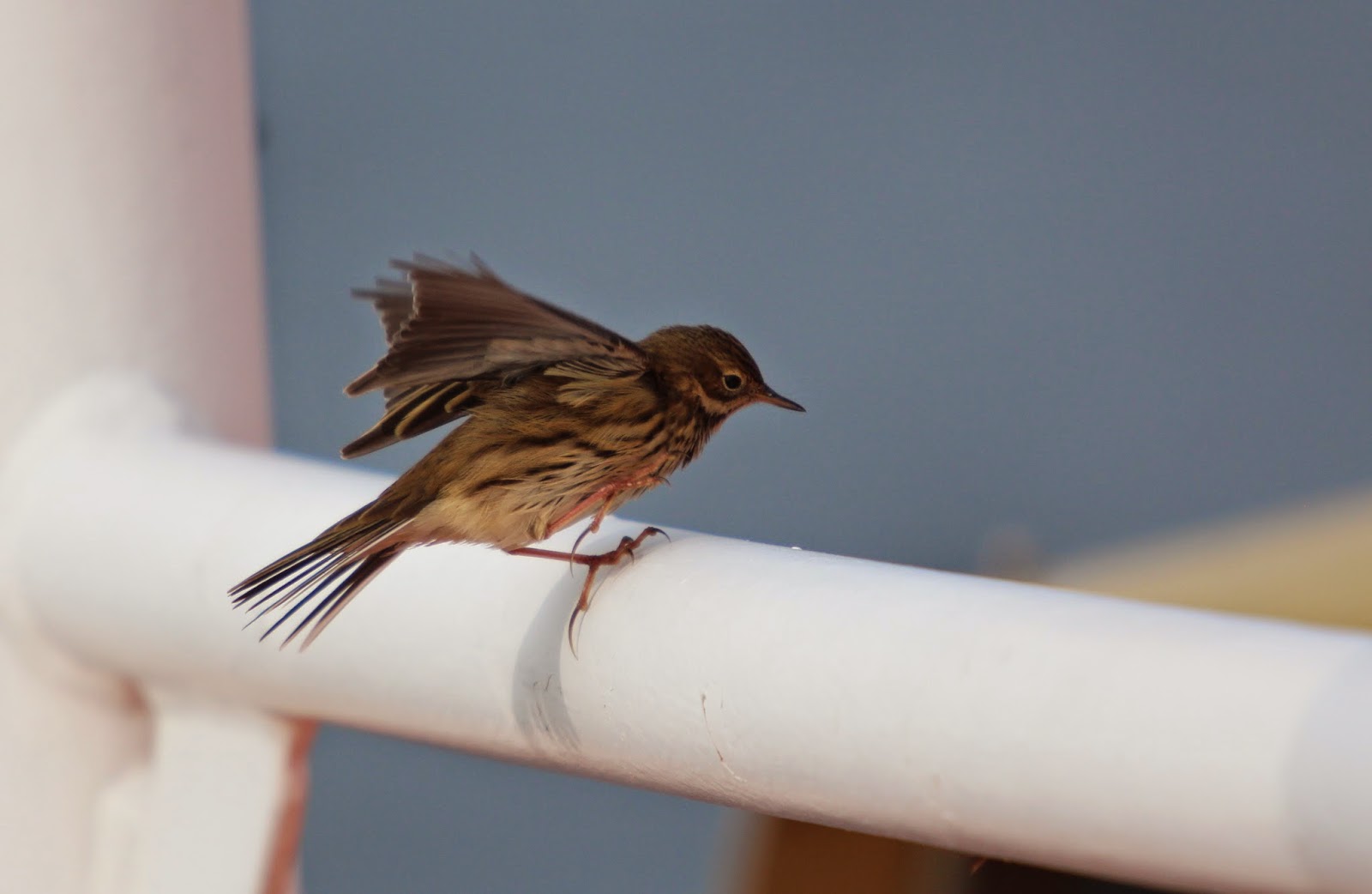 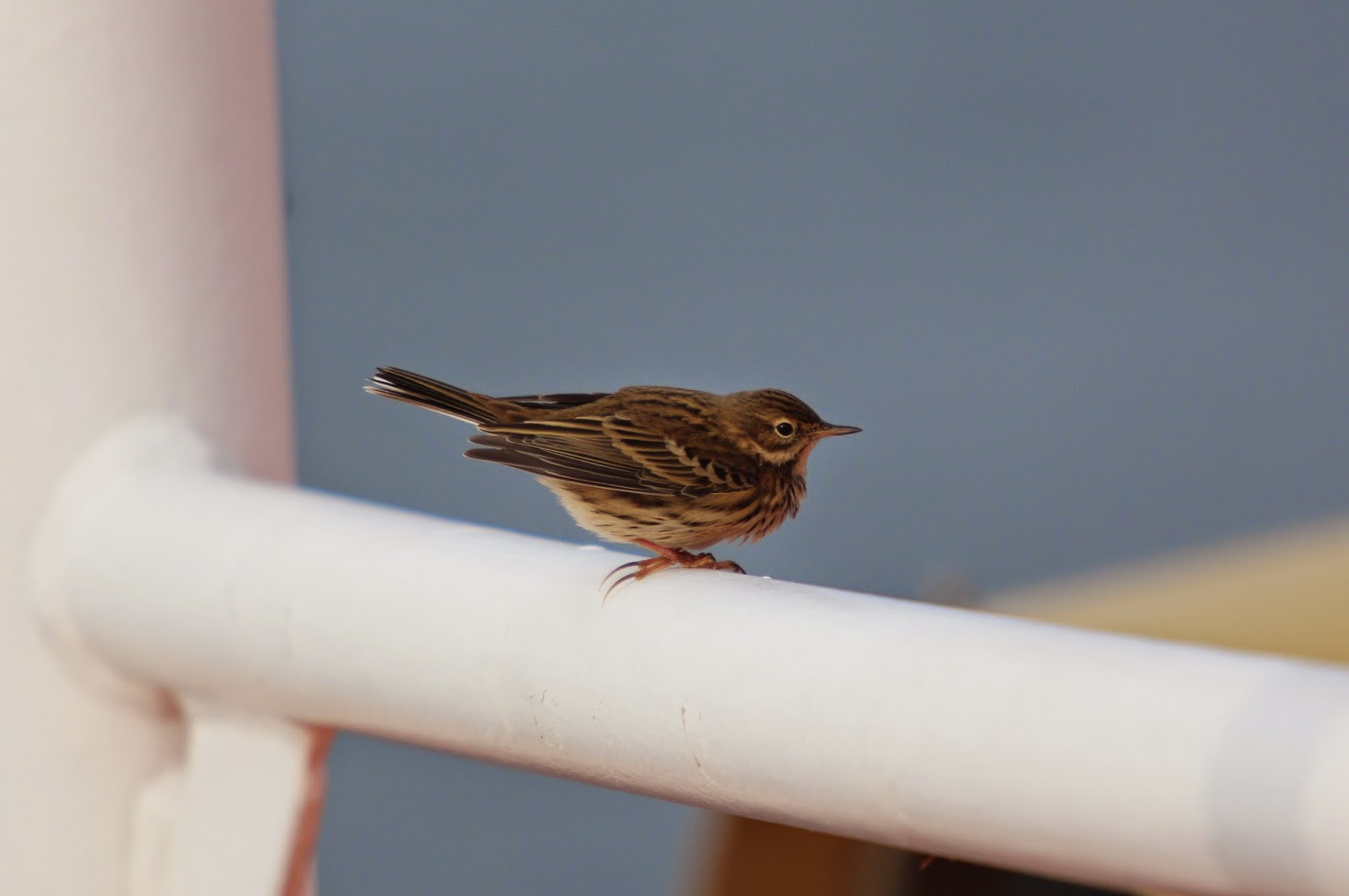 Tonight we make our way towards the M6 weather buoy on the Western edge of the Porcupine Bank where the ship’s crew will carry out some maintenance work. From there we will continue South to the Porcupine Seabight over the coming days, continuing our surveys.


Please ‘Like’ our new COTF Facebook page to keep up to speed with more pictures and sightings from the trip.
Posted by COTF Survey at 23:14