Cetaceans were thin on the ground for most of today and yesterday, however those few sightings that we did have were quite exciting. Towards yesterday evening, we encountered yet another group of Bottlenose Dolphins, about 30 strong with plenty of juveniles. We broke track to attempt some photo IDs from the ship as it was too choppy to safely launch the RIB. These dolphins were associating with 17 Pilot Whales. Unfortunately, they were not very approachable - a recurring theme with bottlenose dolphins in offshore waters it seems. The day finished off nicely with close views of a large whale, most likely a Fin Whale, traveling steadily southward. The increasing swell and fading light made species ID impossible, but Sperm Whale and Humpback were discounted with confidence.

Today we saw our first probable beaked whale sighting. Conditions were tricky when a large cetacean was seen lob-tailing and breaching amongst some Common Dolphins. The unidentified whale had a creamish-yellow tinge and was far too large to be any of the dolphin species. The sighting was recorded as probable beaked whale. Just 2 hours earlier, the ship broke track to pull alongside a floating whale carcass. On close inspection we were confident that this was a Cuvier's Beaked Whale (and very evidently a male...), sporting fist-sized cluster of stalked barnacles on each tooth. A biopsy dart lashed to a boat hook served as a handy sampling device and a skin sample was taken for genetics. 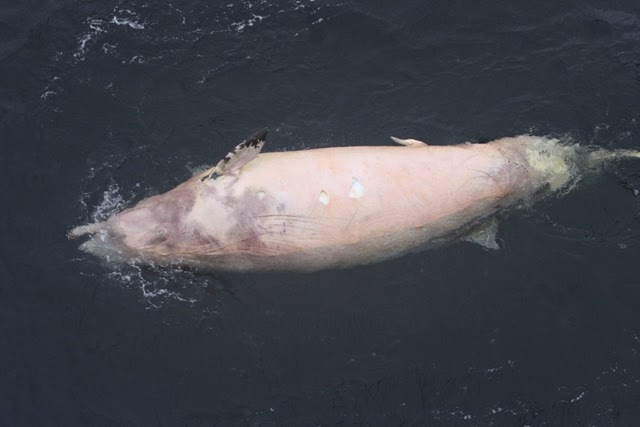 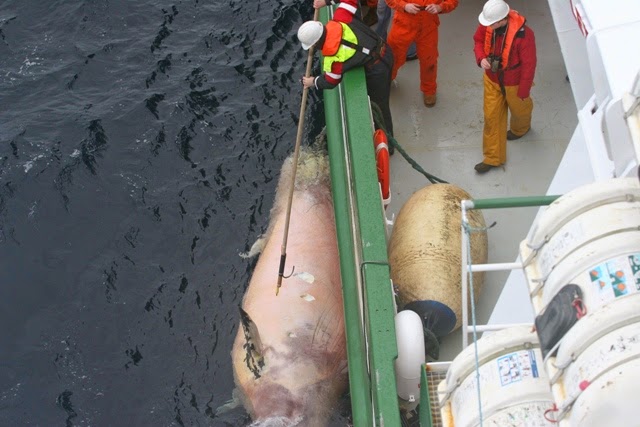 Bird activity slowed right down today for the most part with very few Gannets & just a steady trickle of Kittiwakes. Small numbers of Great Skuas were still to be found however & 2 Puffins provided further interest. A group of c.60 Fulmars seen scavenging on the Cuvier's Beaked Whale carcass was the largest single total of that species recorded on the trip to date whilst 4 'Blue' birds were also noted throughout the day.

This increase in Fulmar action might have been the ornithological highlight of the day if it wasn't for the sighting of an immature BLACK-BROWED ALBATROSS that made a pass in front of the bow of the R.V. Celtic Explorer at 11:40am before tearing off West (our position at the time of sighting was approx. 160 nautical miles SW of Mizen Head, along the northern edge of the Goban Spur).

For those of us that were below deck during the initial sighting, some tantalising views were had as it arced high over the horizon at a distance of over 1km away. Fortunately the bird re-appeared close in (at tremendous speed!) and made another venture right alongside the vessel for all to see at no more than 100m!!! After trailing for a few minutes it departed once again & slinked off into the distance.

Black-browed Albatross is an extremely rare vagrant in the North Atlantic & are normally found cruising around the sub-Antarctic seas. There have only been 14 previous records of this species from Ireland, most of which were seen passing west coast headlands in autumn. Truely a once in a life time experience...unless you're Conor, who has now seen two in this area! 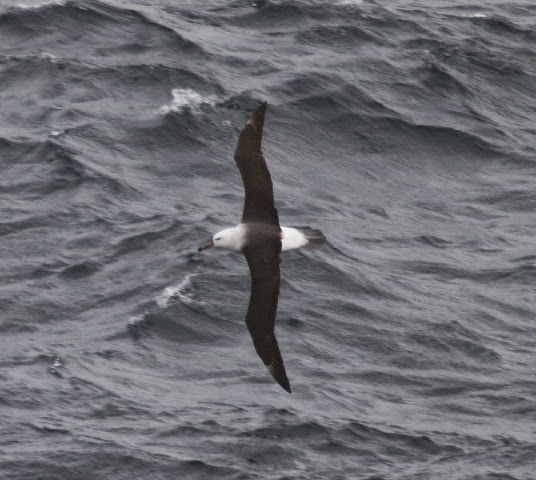 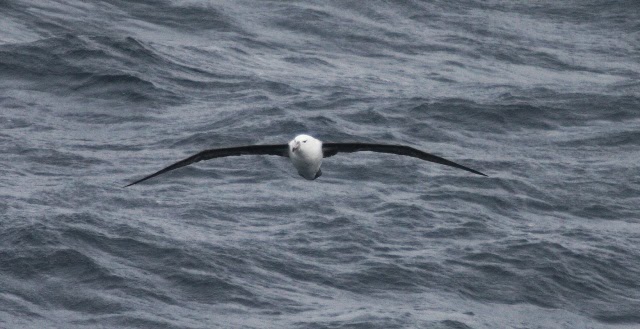 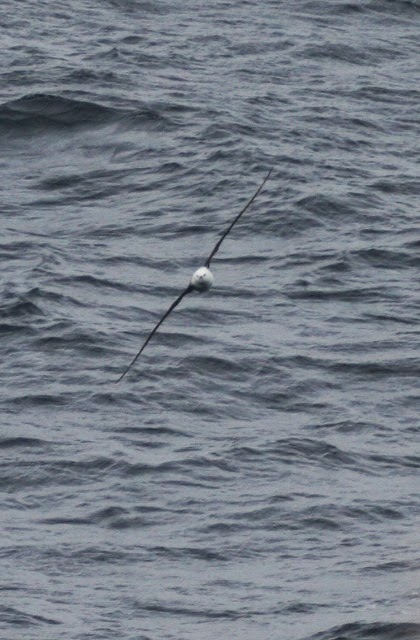 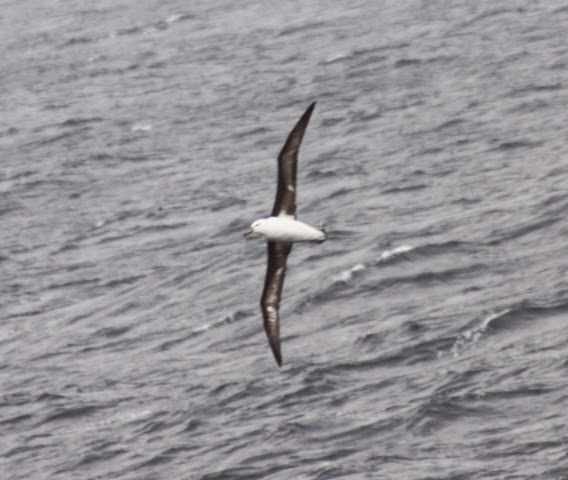 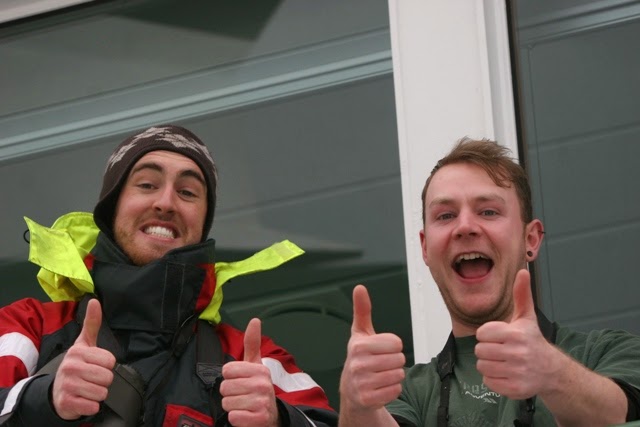 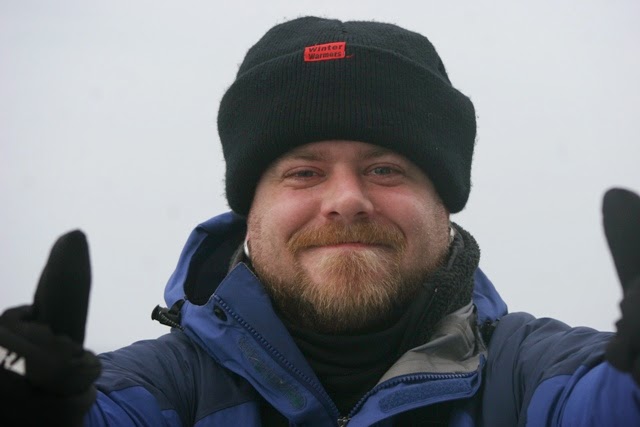