The weather conditions started off as overcast but later the sun came out to shine with a sea state of 4 and swell height of 2m+. The seabird team had quite a successful day with over 600 individual sightings recorded. These included 2 blue fulmars, approximately 87 great skuas, numerous gannets (including first winter birds, unusually far north for the time of year), kittiwakes, fulmars and lesser black-headed gulls. Last night the zooplankton team covered 5 stations with the deepest CTD launched to 2,187m. They reported a spectacular light show from a sample of deep-sea zooplankton biomluminescing in a dark room in the wetlab. They also saw 50+ garfish and a very large (as opposed to Giant) squid, estimated at 1 metre at the surface while hauling their nets - attracted by the ship's flood lights. The mauve stinger (Pelagia notciluca) remains elusive. Tonight the team hopes to conduct 4 more stations and reach the depth of 3,000m.

It was a relatively quiet morning for the cetacean team with only a few sightings of common dolphins, although one of these was of 60 individuals. These sightings were also acoustically detected by the PAM (passive acoustic monitioring) team.

Excitement picked up big time later in the afternoon when Randal and Roisin spotted a large group of bottlenose dolphins at the shelf break. 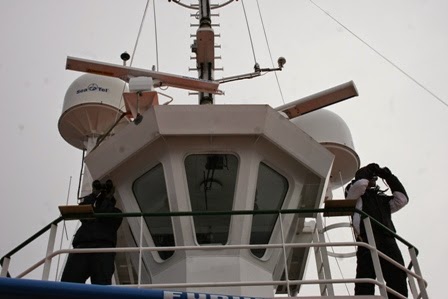 
A quick decision was made to launch the RIB to attempt to obtain biopsy samples, one of the primary aims of the cruise.  Despite the swell, sharp eyes and clear direction from the mother-ship successfully led the RIB to the dolphins and the team managed to take the first ever bottlenose dolphin biopsy samples in Irish offshore waters (indeed to our knowledge, of any species). 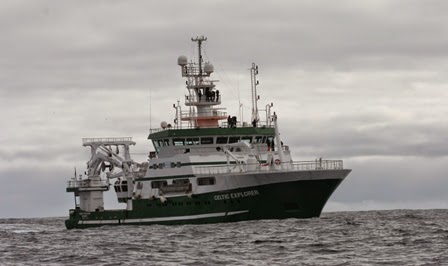 Additionally, 10 new individuals were added to the Irish bottlenose dolphin catalogue. This is a great accomplishment and shows that biopsy and photo-id using a rib launched from a research vessel in offshore waters is feasible in Ireland, even in February! The Marine Institute annual shiptime fund enables us to continue this research which helps Ireland to meet requirments under the EU Habitats Directive. 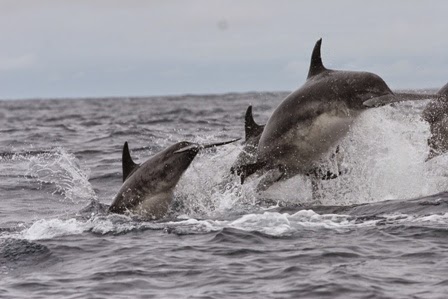 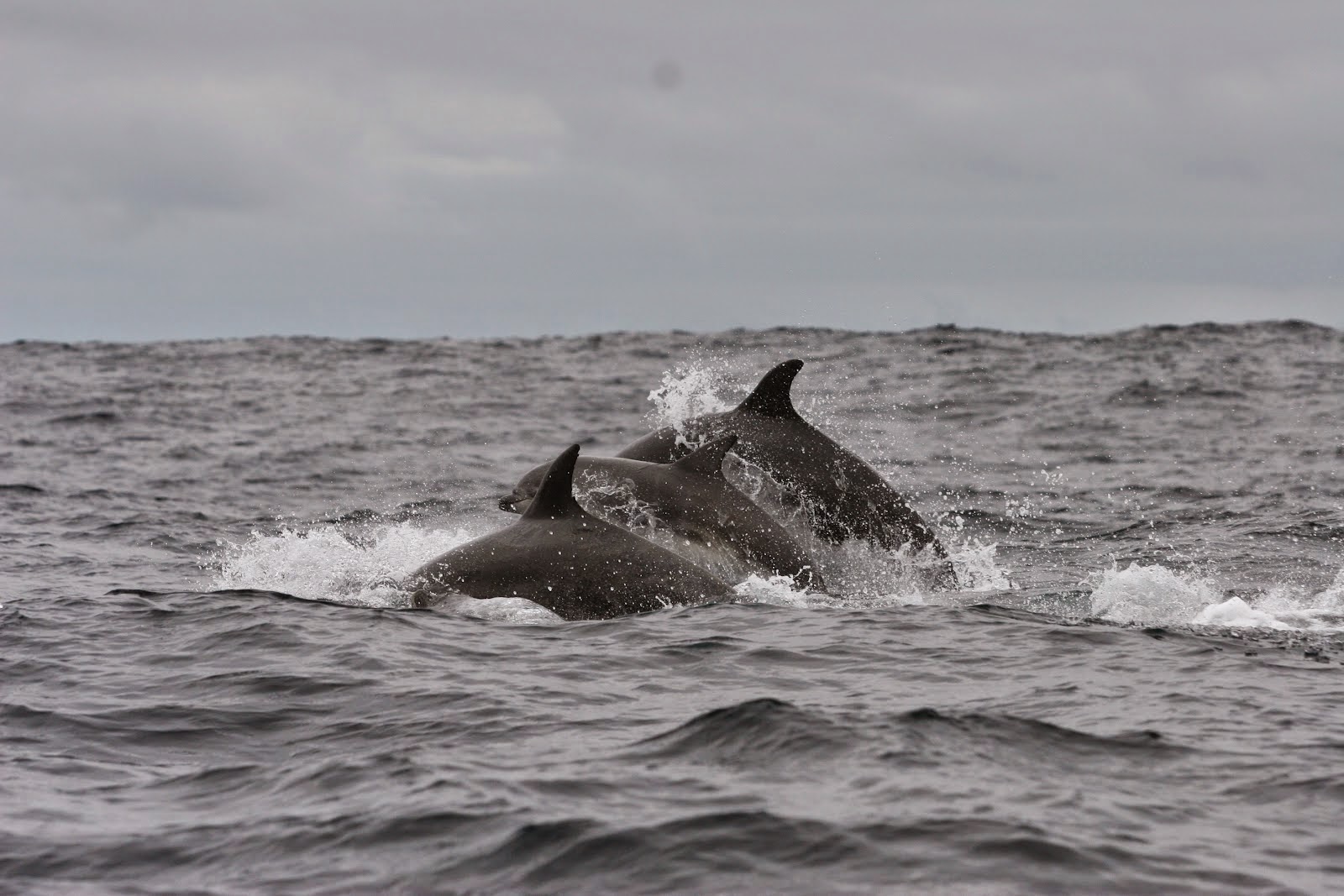 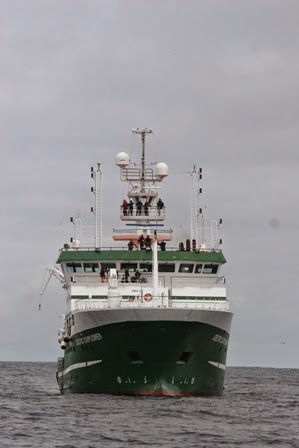