A basking shark, the second largest shark in the world, was spotted today just 50m off the Celtic Explorer's bow at 11.30 in the morning (approx. 330km SW of Ireland)! This early in the season, a basking shark sighting this far offshore is rather unusual and provides invaluable data on basking shark distribution patterns. From archival tracking studies we know that basking sharks show extensive migrations across the Northeast Atlantic, thereby frequently moving along the Continental shelf edge. However, being a seasonal visitor to coastal waters around the British and Irish coasts (Irish Sea, Clyde Sea, Hebridean Sea, Celtic Sea and the English Channel)  in late spring, surface sightings are usually not reported until the sharks move closer to shore. 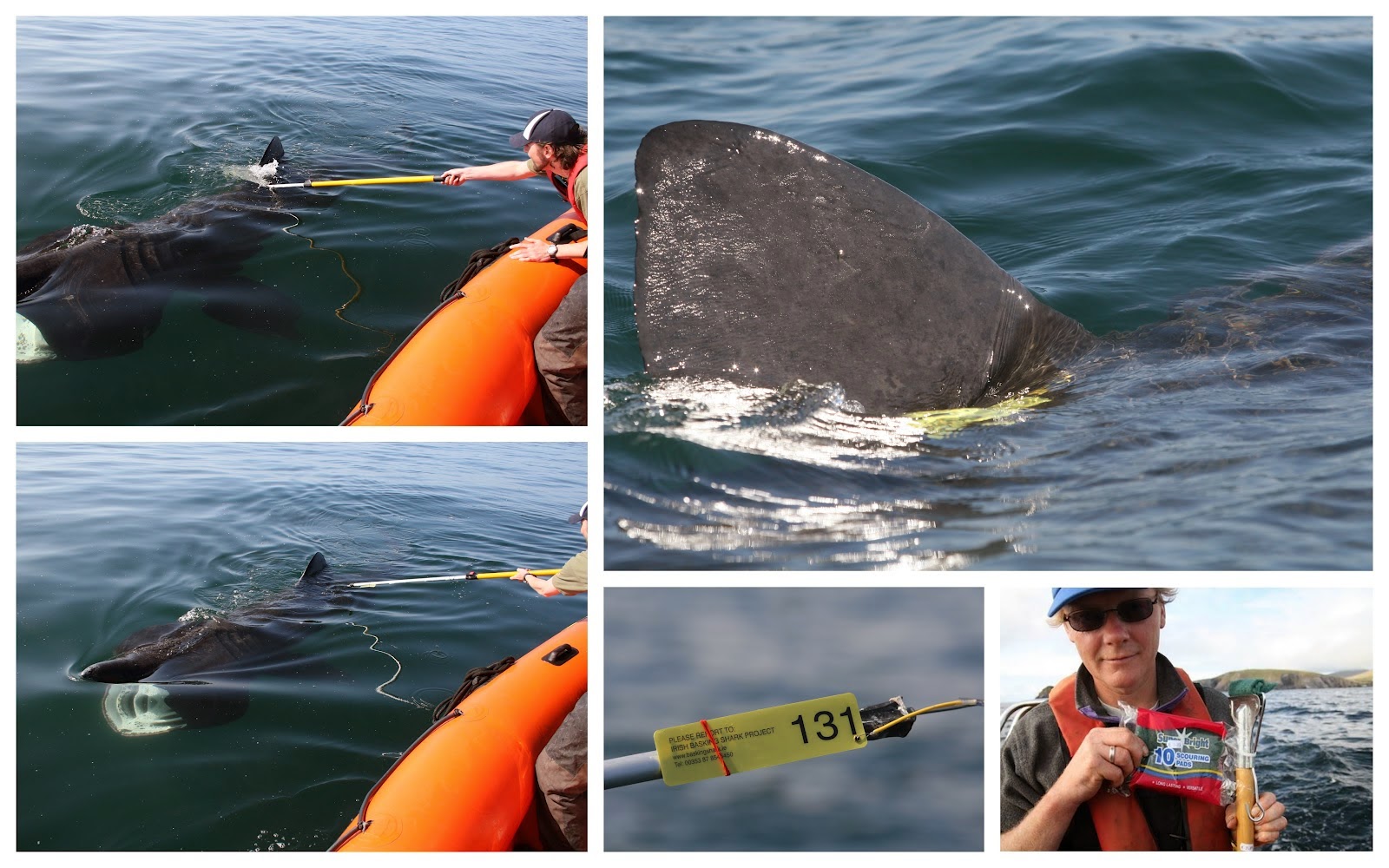 Basking sharks are filter feeders and often surface-feed when plankton is brought up to the upper water column, therefore, a basking shark out here is great news and we are now hoping to come across more sharks to deploy number tags to monitor movement, and to collect mucus scrapings for seascape genomics of this highly mobile shark.