We are well underway now :)

The R.V. Celtic Explorer disembarked from Horgan's Quay at 16:00 hours and made the trip down to Cork Harbour. Once in Cobh the crew launched the IWDG rib for a test run. We are now steaming SW to Labadie Bank where we will be deploying 2 C-Pods for acoustic detections of bottlenose dolphins.

The first mammal sighting of the day was of a few curious grey seals just coming into Cork Harbour. The journey to Cobh kept the bird team quite occupied with sightings of kestrels, black guillemots, gannets, kittiwakes, 2 Mediterranean gulls, 27 great crested grebes, black and bar tailed godwits. There was even a unusual sighting of a first winter ringed-billed gull spotted passing close by the bow of the ship near Cobh. These birds breed in North America and are a scarce but regular visitor to Irish shores.

We have also had a couple cetacean sightings with the first being 5 bottlenose dolphins - one of which was a juvenile, who came and enjoyed a brief bow ride just before dinner. These dolphins are most likely part of the resident pod here in Cork. A single common dolphin was spotted just after sunset and enjoyed some quality time with the wake being created by the stern propellers a few kilometers off the coast.

The last cetacean sightings tonight were 3 common dolphins chasing the aft light of the ship surfing the waves on a clear starry night. Our location at 22:30 hours is + 20 nautical miles offshore.

Here are some of today's pics: 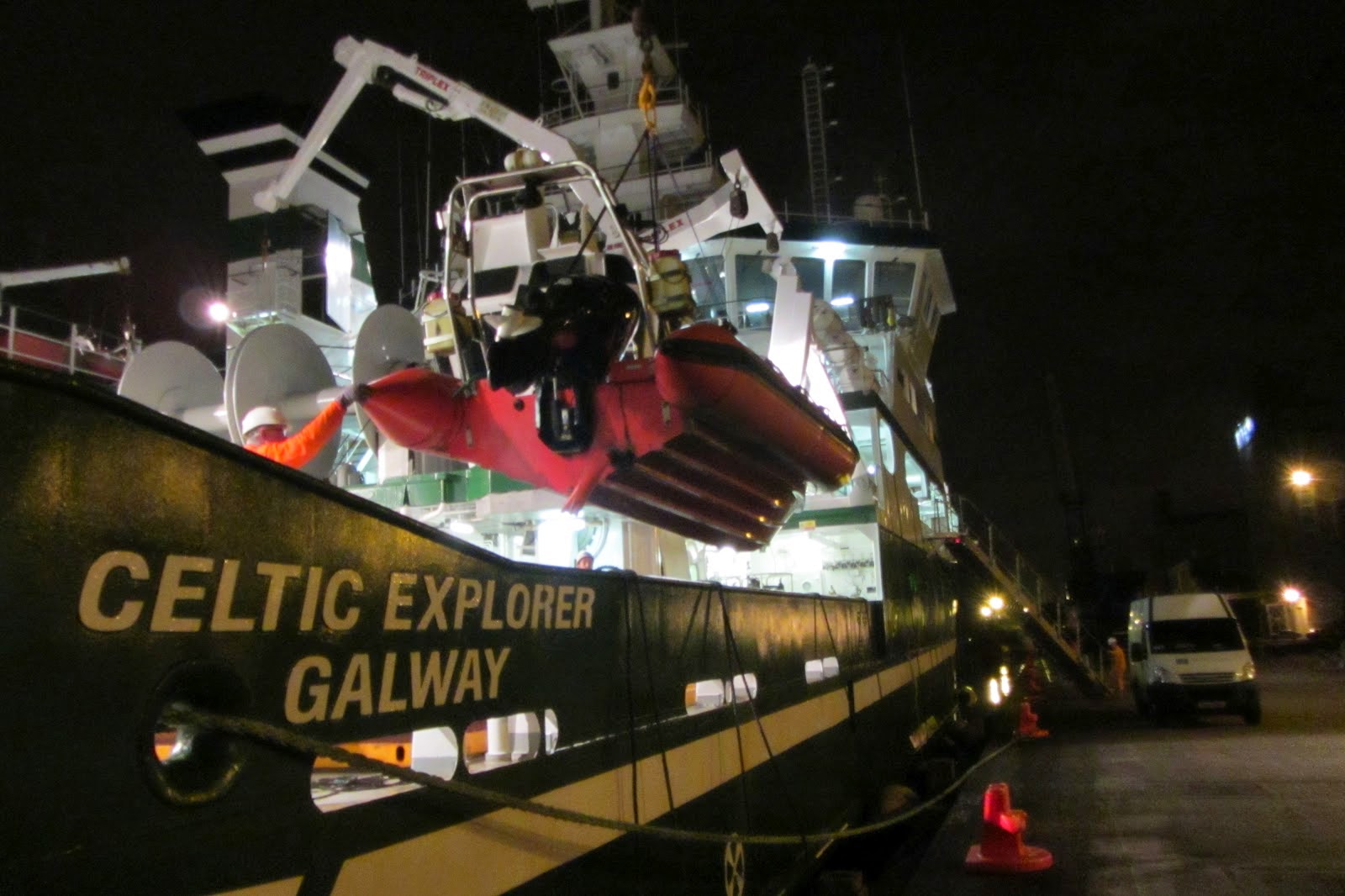 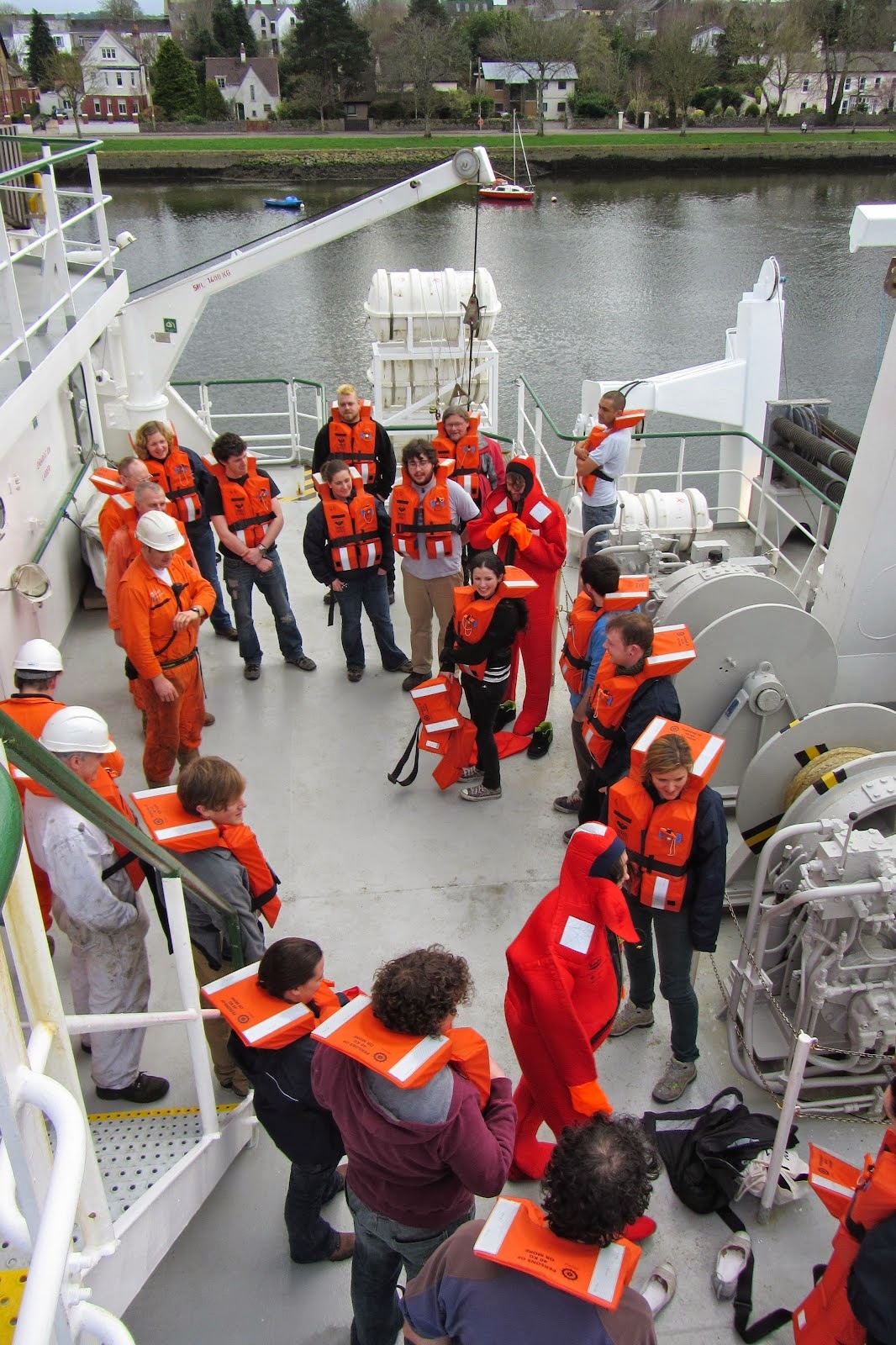 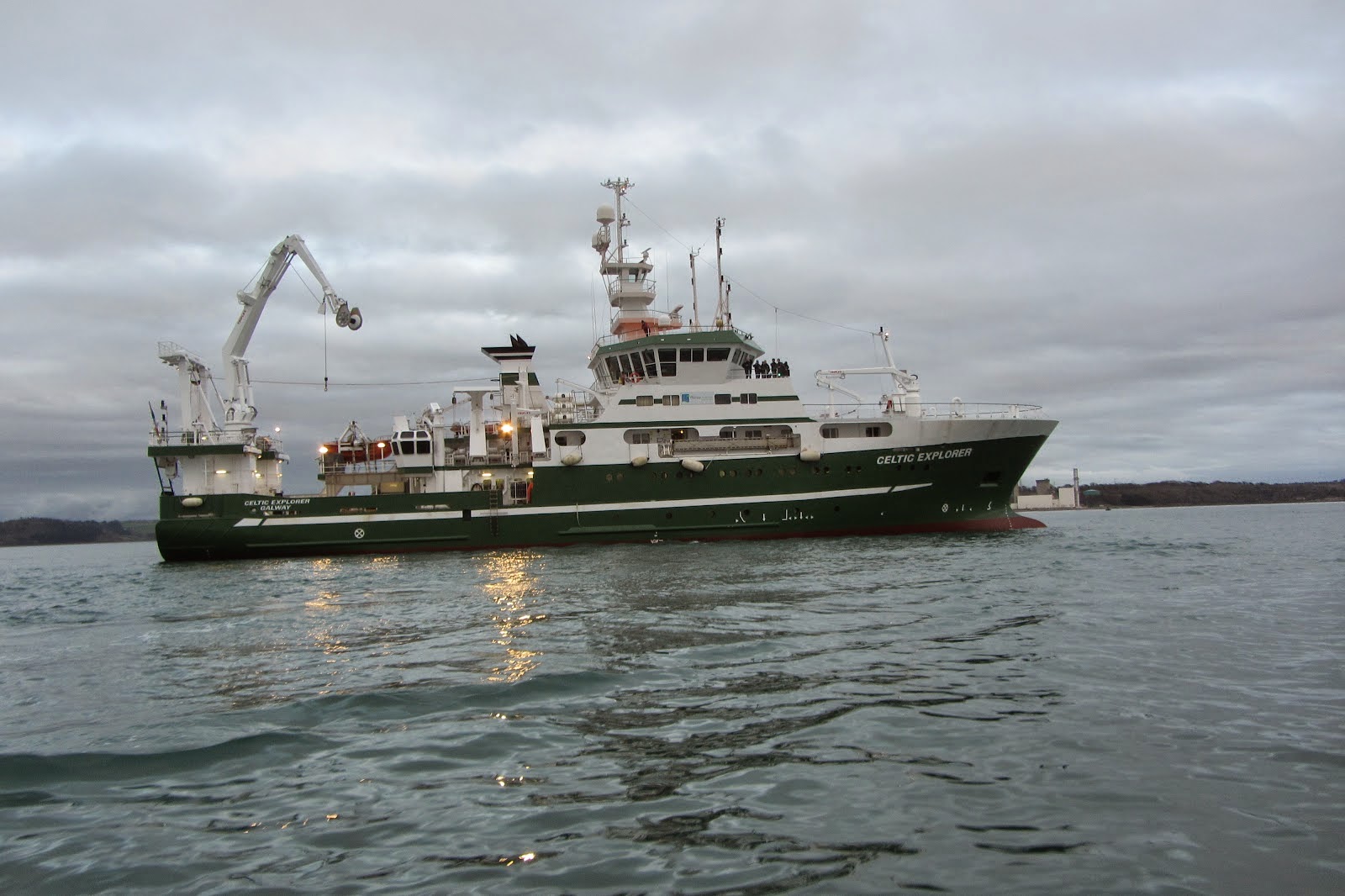 R.V. Celtic Explorer as seen from the IWDG RIB during it's test run in Cork Harbour (c) Conor Ryan 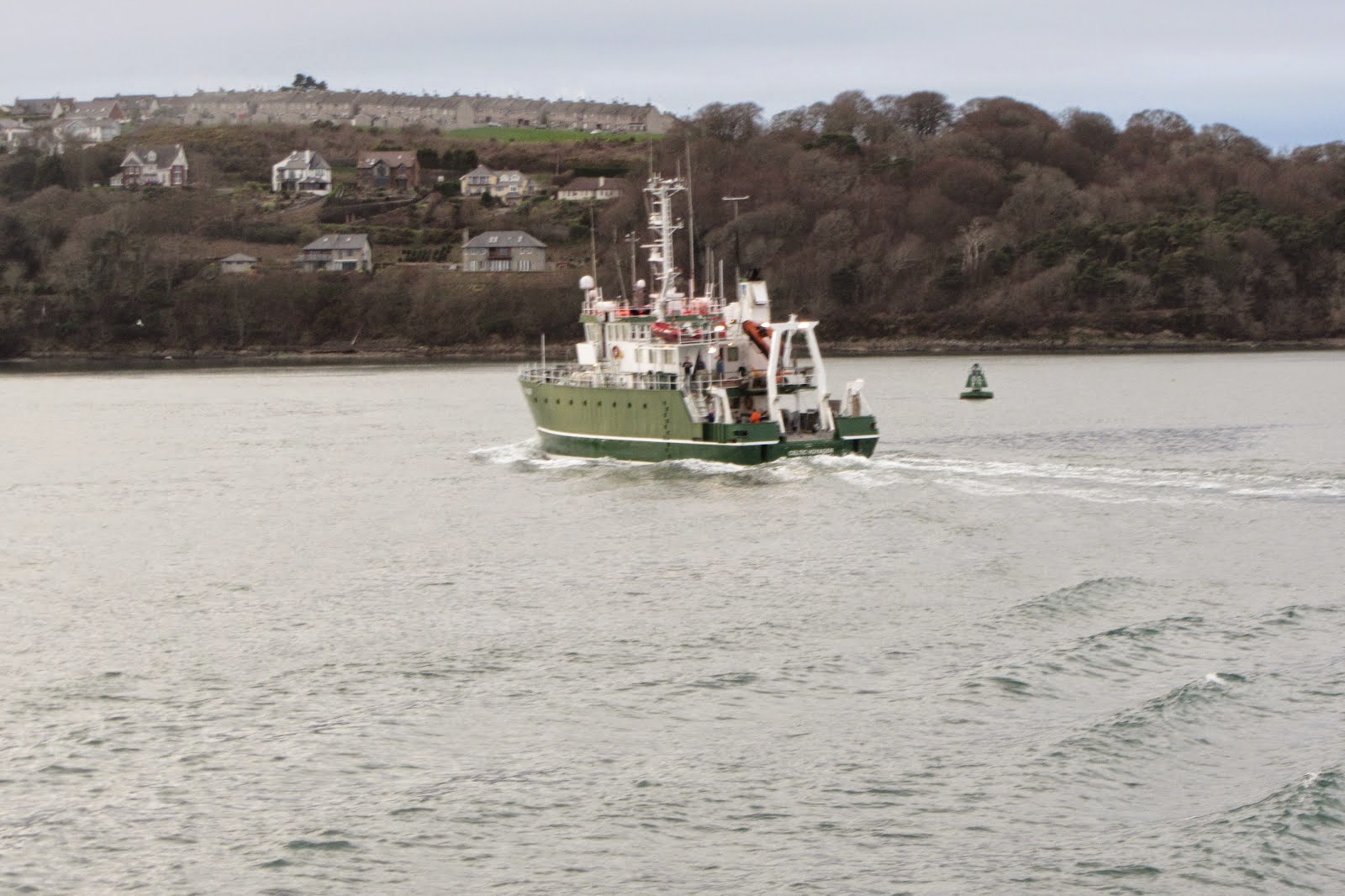 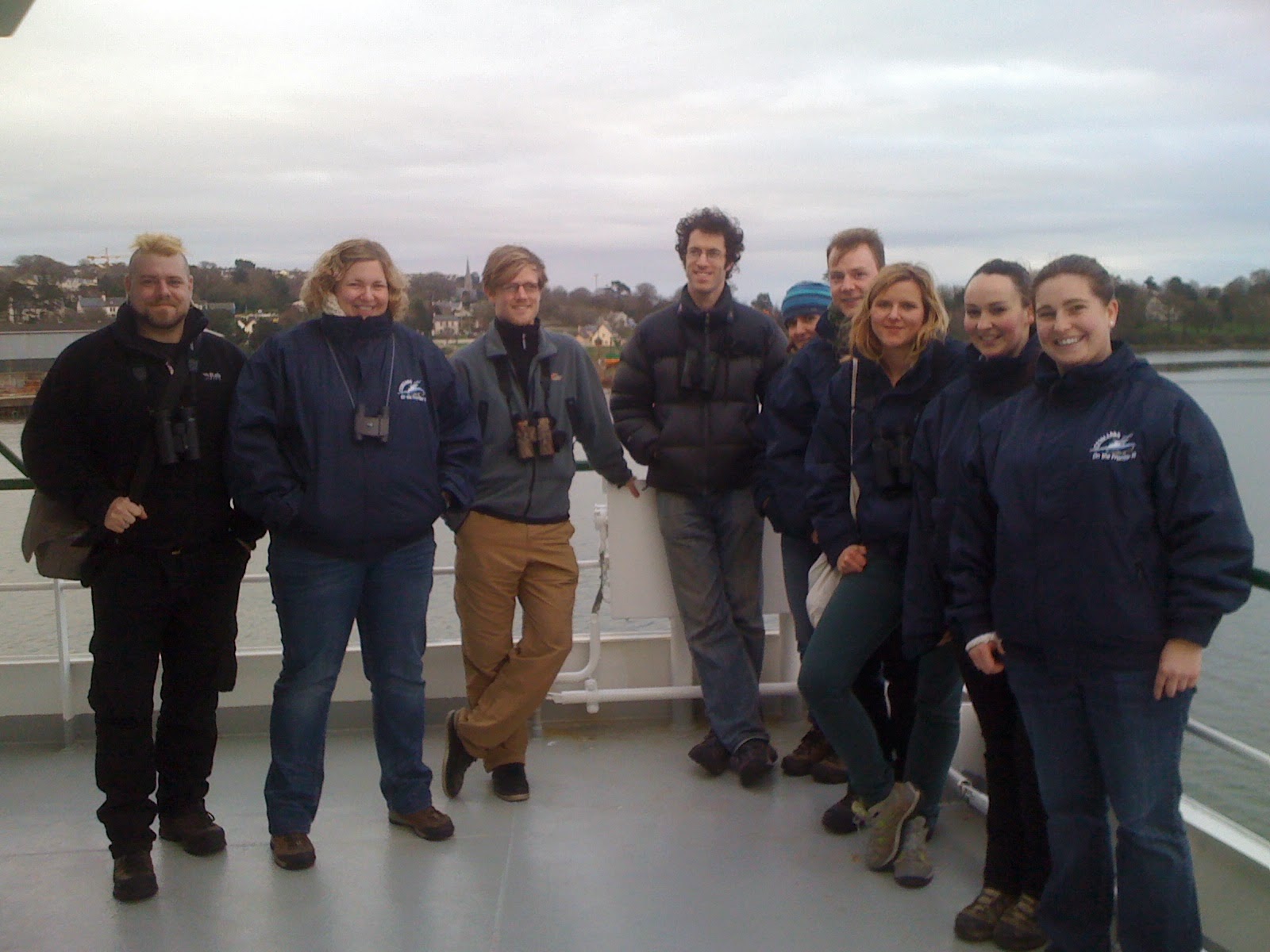 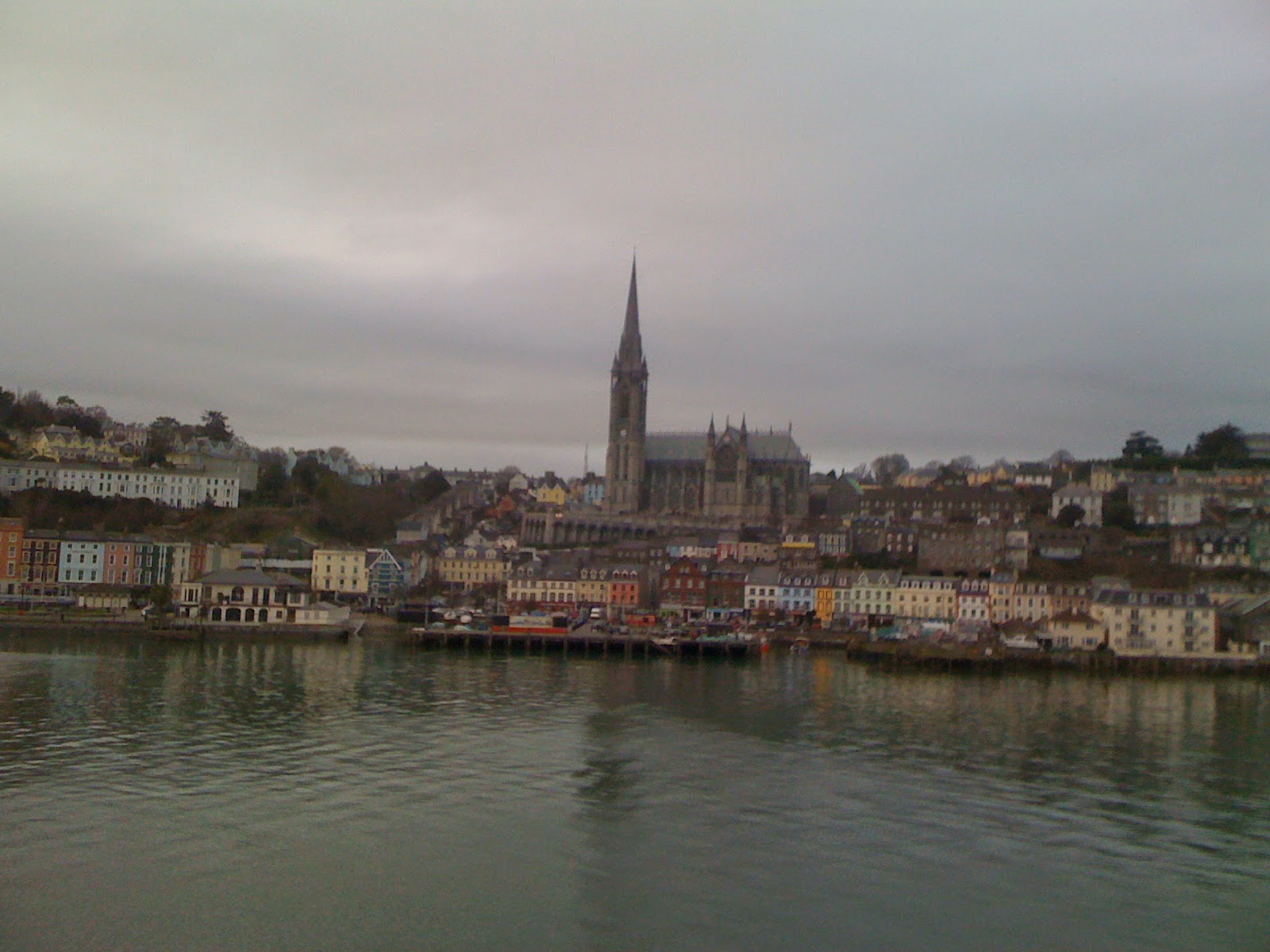 ** Check back tomorrow for position updates and expedition highlights. **