We were going to tweet on our progress so far, but after a flying start, things have taken a tern for the worse...

Here's a brief overview of the trip:

Of the seven seabird species recorded, Gannet and Kittiwake have been the most abundant, as expected. The greatest concentrations appear to occur at the top of the shelf edge where upwellings create productive feeding zones. At some of these points we have been lucky enough to observe the birds associating with groups of Common Dolphins, Bottlenose Dolphins & Pilot Whales. 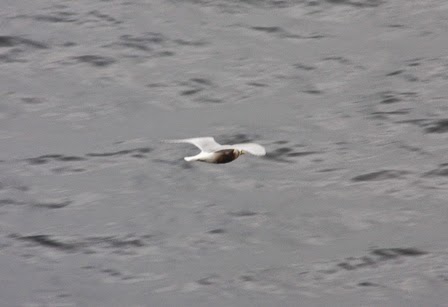 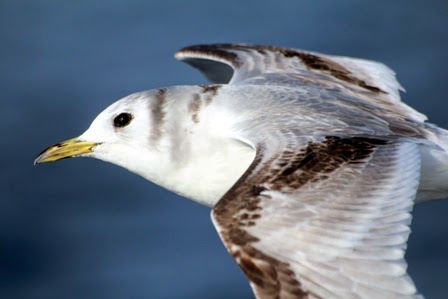 All this activity has not gone unnoticed, with Great Skuas making themselves surprisingly well known. Up to 185 of these pelagic pirates have been ever present & have been noted chasing unsuspecting Kittiwakes. Although this is the first survey in the general area, densities of Great Skuas are a lot higher than expected. Additional survey detections of particular note were a single early-season Manx Shearwater & several young (1st-winter) Gannets, both of which would normally be associated with warmer climes at this time of year. 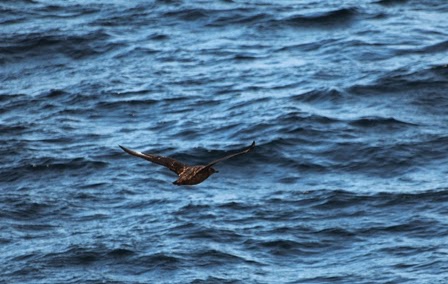 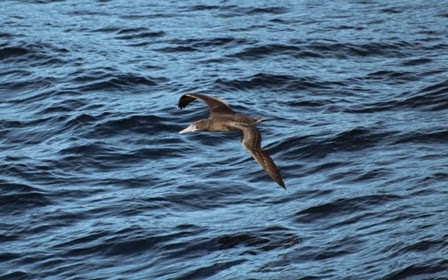 Fulmars have been rather scarce so far but the inclusion of 5 'Blue' birds from populations breeding in northern latitudes have been a welcome sight. Lesser Black-backed Gulls are currently making their way north from wintering grounds in The Mediterranean and a small number of adult birds have been recorded trailing the R.V. Celtic Explorer. Survey conditions have been exceptionally calm for February in the North Atlantic, allowing the perfect opportunity to detect Puffins, of which we have recorded 18 individuals. 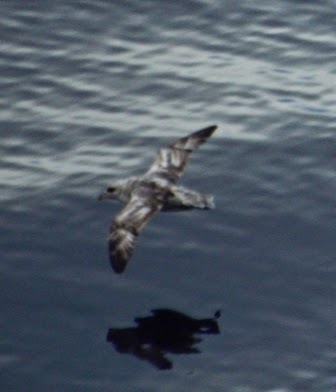 The aim of the seabird element of the Cetaceans of the Frontier III expedition is to characterise seabird populations at the most southern part of Ireland's national territory & contribute towards the Irish national biological database. However, at almost 350km offshore & 3km deep, the call of aSkylark was certainly not expected. Two larks appeared alongside the vessel as well as a singleStarling & 2 Lapwing, all of which looked slightly out of their depth...migration in action! 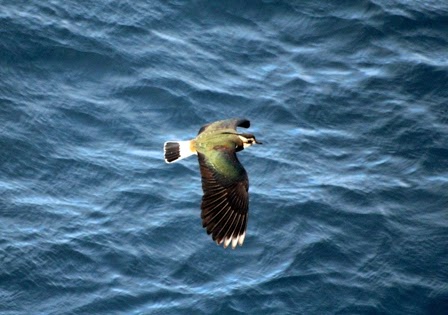 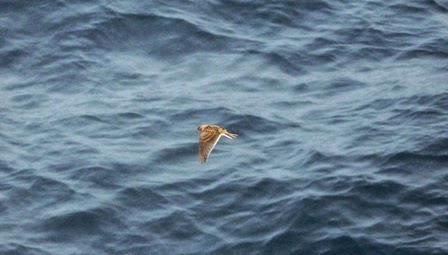