COTF4: Microplastics in the Sea

While everyone else on the ship (apart from those on the graveyard shift) is primarily interested in the macrofauna found in Irish waters, I am using the opportunity to sample the water for microplastics.

Microplastics are small pieces of plastic generally up to 5 mm in size that are found in almost every habitat in the world, from populated urban areas to remote beaches. Sources of microplastics can be raw plastic pellets (called nurdles) used in the production of user plastics; grains and beads used as exfoliants in cosmetics, and powders used for air blasting. Microplastics also make their way into the sea as larger debris which breaks down into smaller fragments and fibres. There is a rapidly increasing concern about the input of synthetic fibres from washing machines into the sea.

So I guess that plastics don’t really fit under the banner of marine biology, however their presence, occurrence and interactions with organisms in the marine environment does.  Research into microplastics in the sea has gained more and more attention over the past 10 years. One effect of microplastic interaction is ingestion by wild fish, birds and invertebrates. It is likely that a number of other species interact with microplastics due to their distribution in the water column but further research is needed. Other effects of microplastic can include physical blockages, leaching of chemicals and accumulation of chemicals within organisms’ tissues. There could be an effect between trophic levels but this is still unknown. 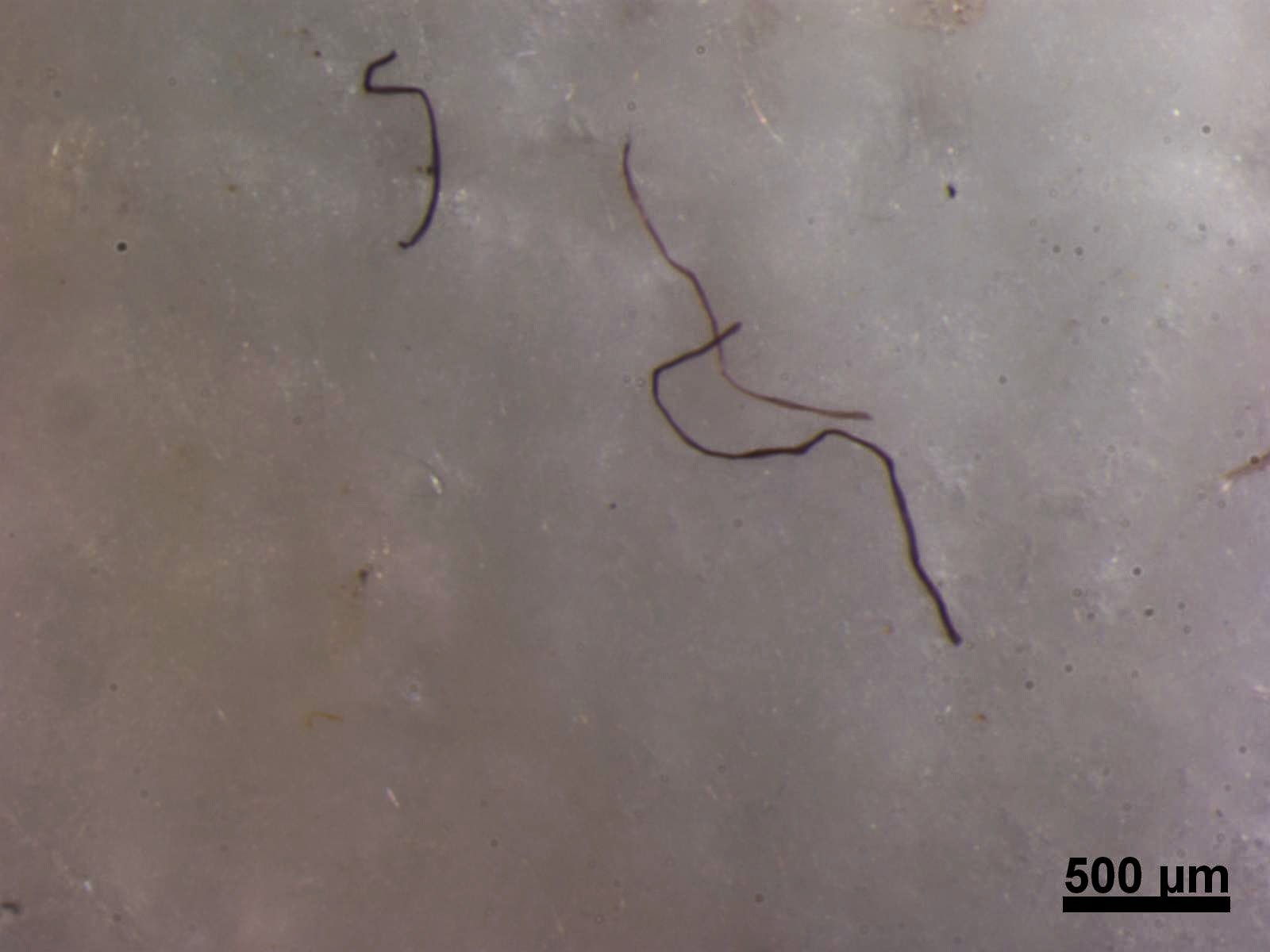 Microplastic sample collected during the COTF4 cruise, as seen under the microscope (c) Amy Lusher

In regards to the Irish marine environment there are no specific studies focusing on microplastics in the sea.  To do this we first need to identify whether microplastics are in the water, and in what quantity. Microplastics are generally buoyant and found in the top few meters of water, if they are fouled by organisms they can sink to the sea floor, however the purpose of this work focuses on the surface water. We are sampling the water for microplastics along our transect, I change my filters every 1.30 hour and the plankton team help by taking samples overnight for me. This is providing a continuous dataset to look at. 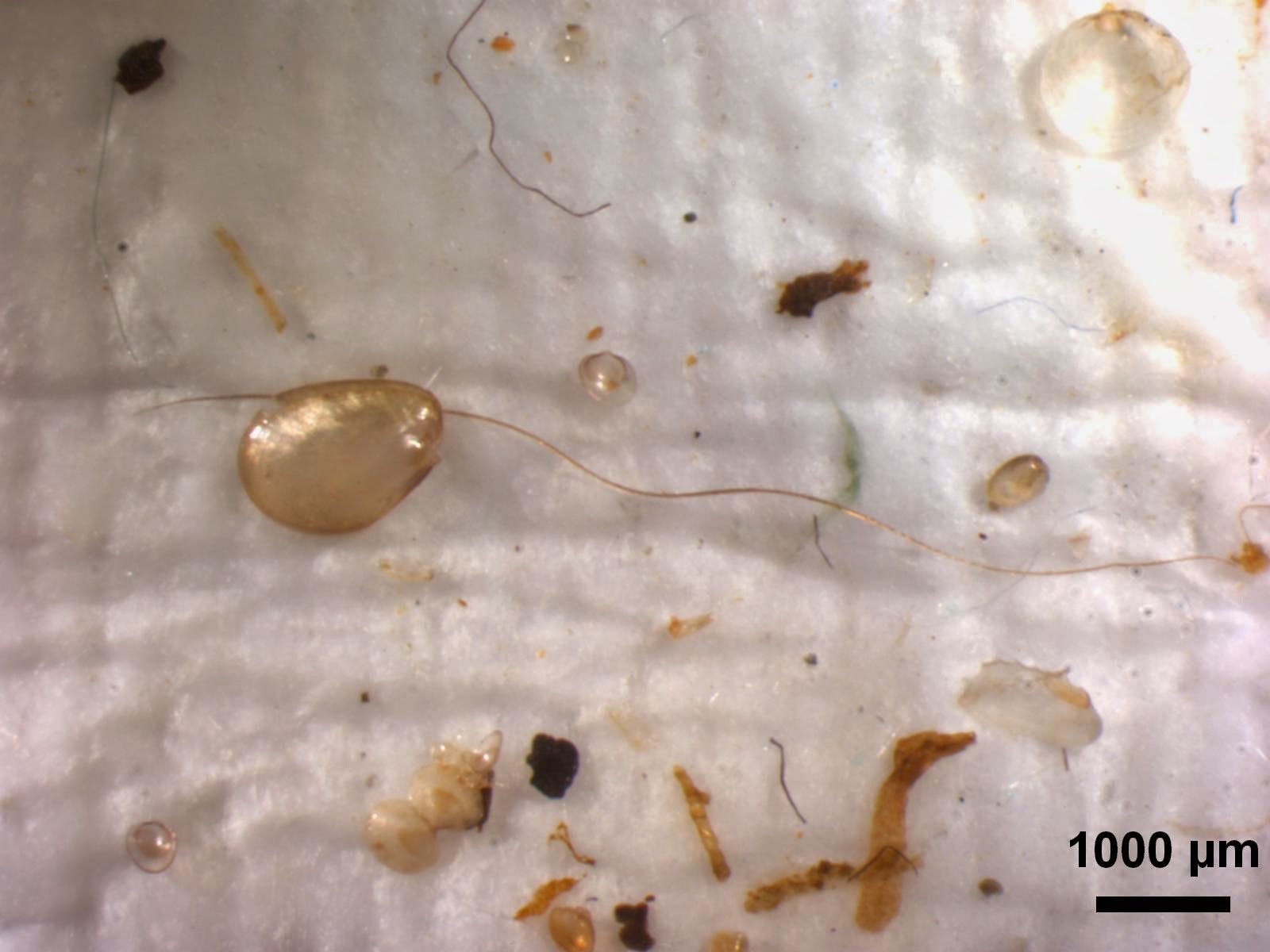 Microplastic sample collected during the COTF4 cruise, as seen under the microscope (c) Amy Lusher

During the few days we have been back in Galway I have worked out some of the samples. EVERY sample collected appears to have microplastics. Fibres are the most common, and I have found some fragments and films. It is going to take a while to work up the sizes and number of particles over given areas, but I’m pretty confident that the method we have developed can be used on future cruises and we could compile a picture of microplastics in the marine environment.