After deploying a new PAP buoy out over the Porcupine Abyssal Plain this morning, we steamed north by north east for the rest of the day as we make our way inshore to take shelter from the pending storm (Donegal Bay seems a likely spot for a lovely weekend break!). We hope to continue our surveys along the northern half of our proposed track once it passes.

Swell & sea state were more conducive to surveying today but a thick sea fog reduced visibility to 300m at times. Saying that, we got our long-finned pilot whales! Two groups, of 8+ and c.5, were seen in the morning and afternoon respectively. As is typical for this species, the first group took a great interest in our presence and spent some time surfacing not far from the bow, allowing for photo-ID opportunities. Rarely seen from land so a great chance to catch up with this offshore speciality. 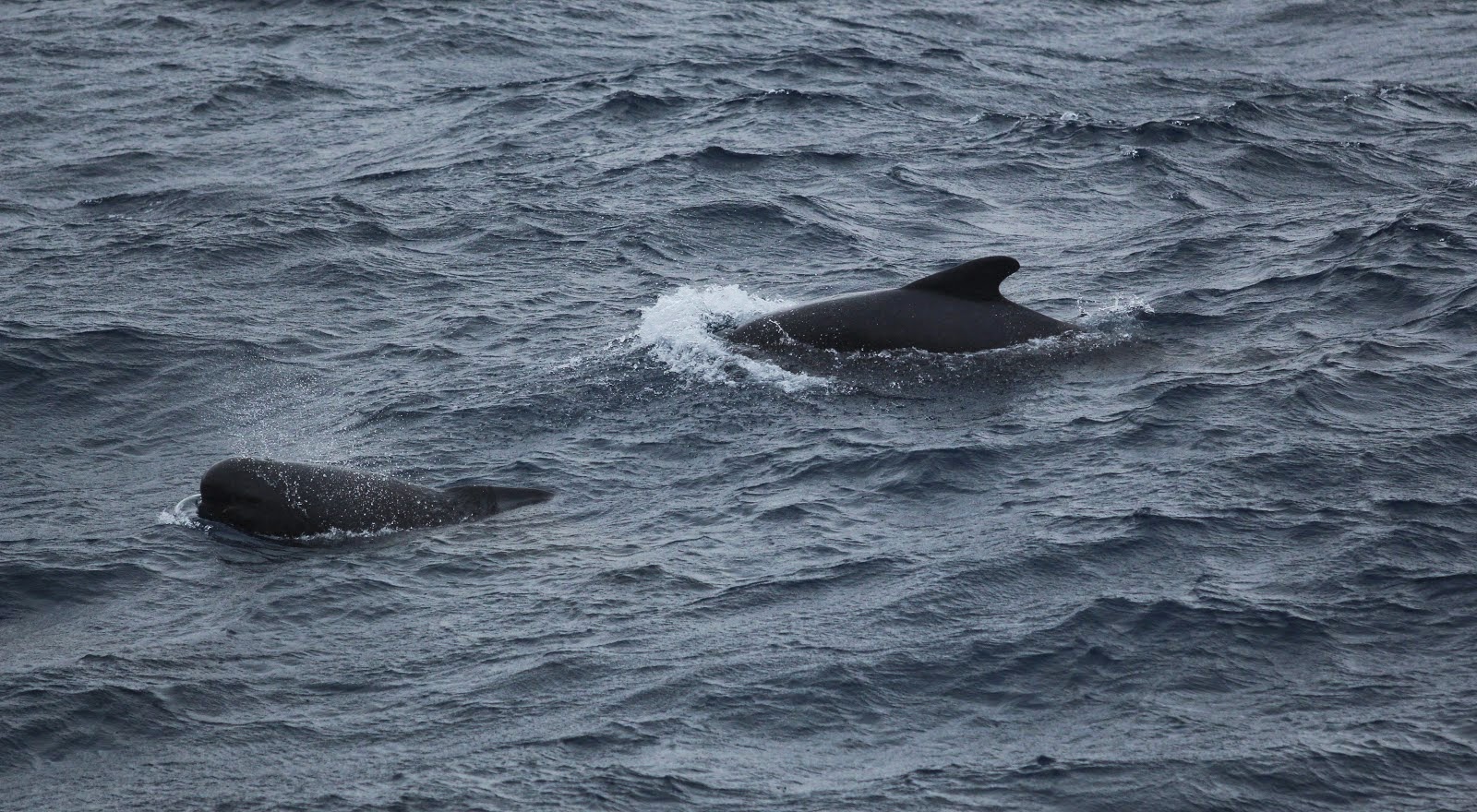 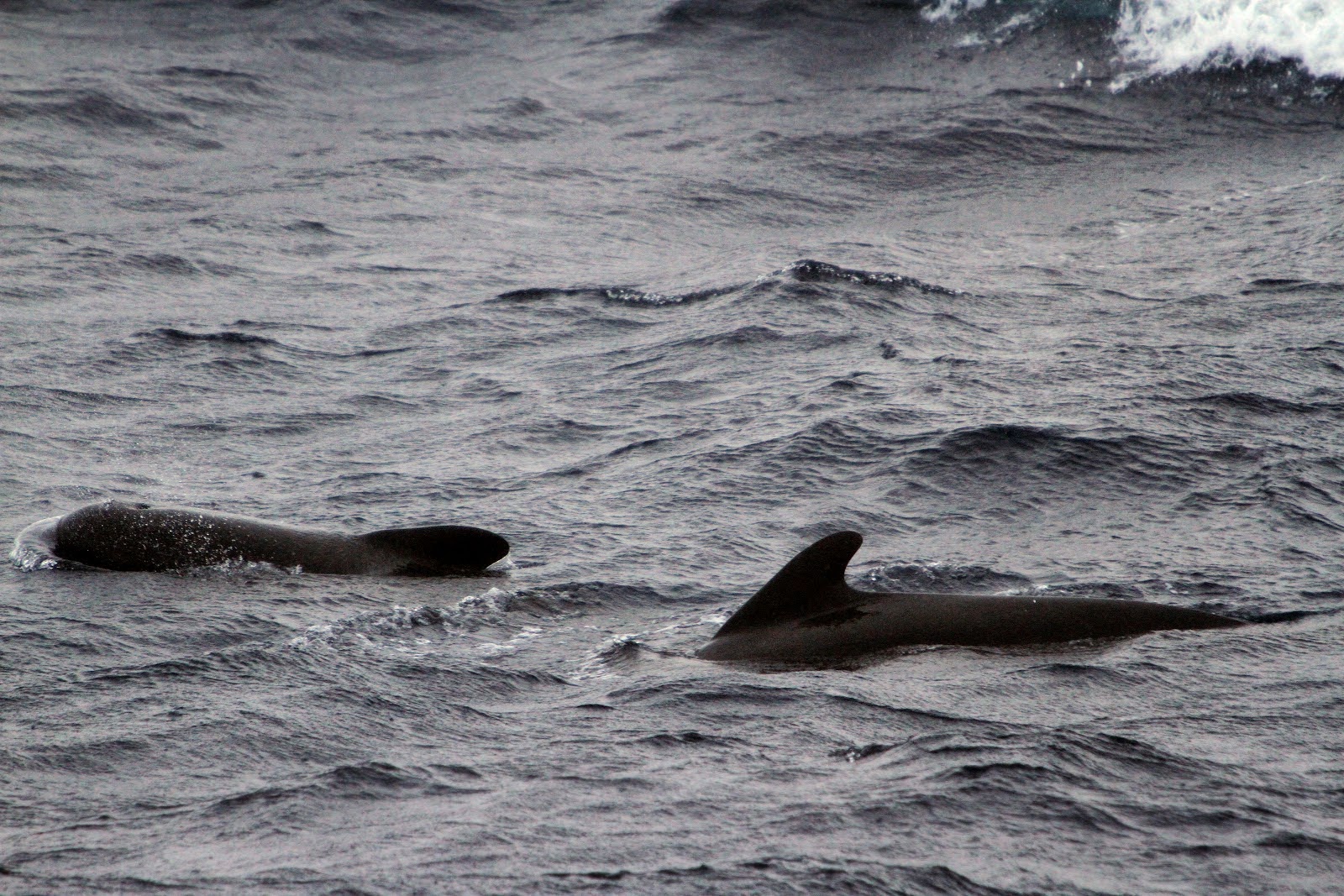 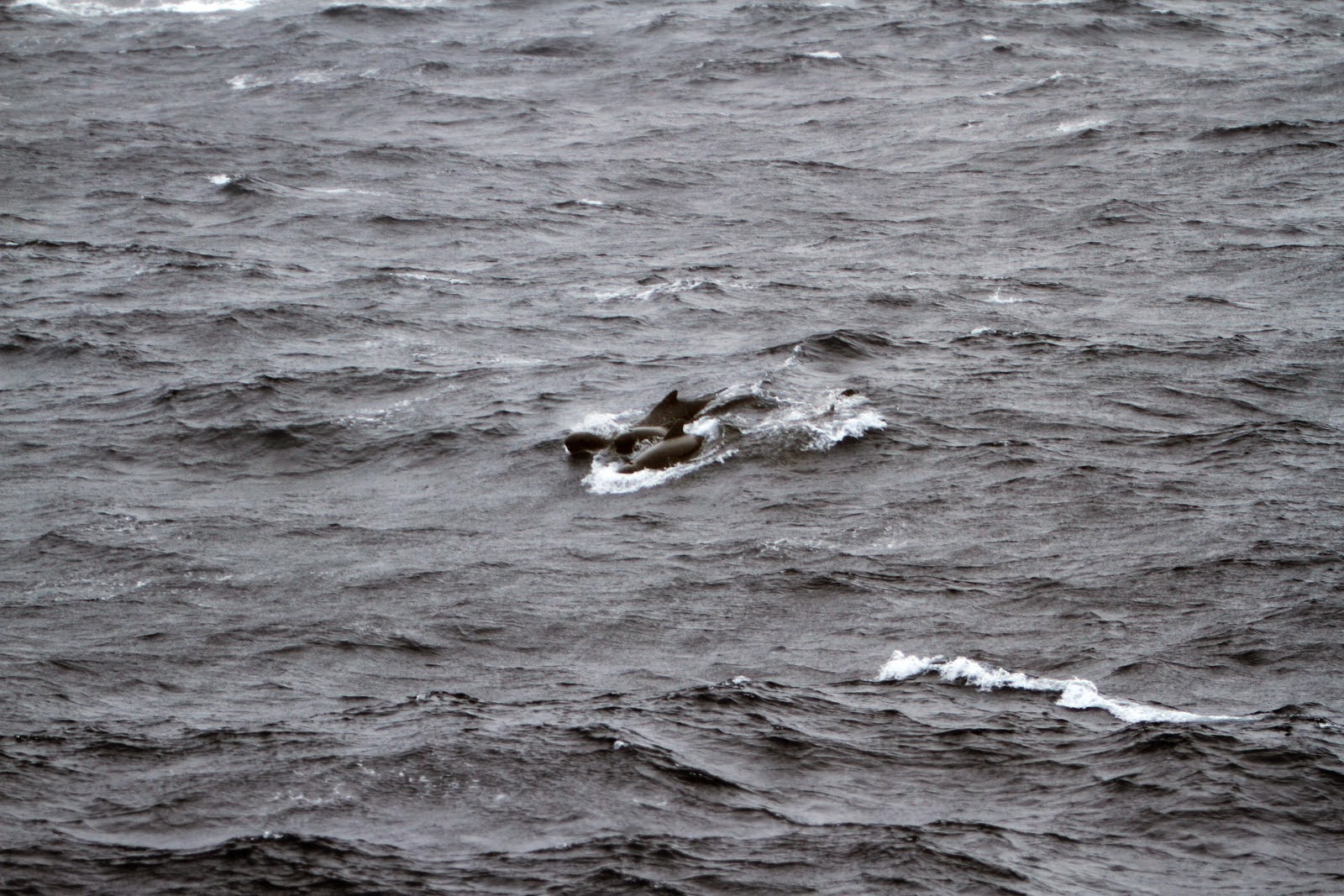 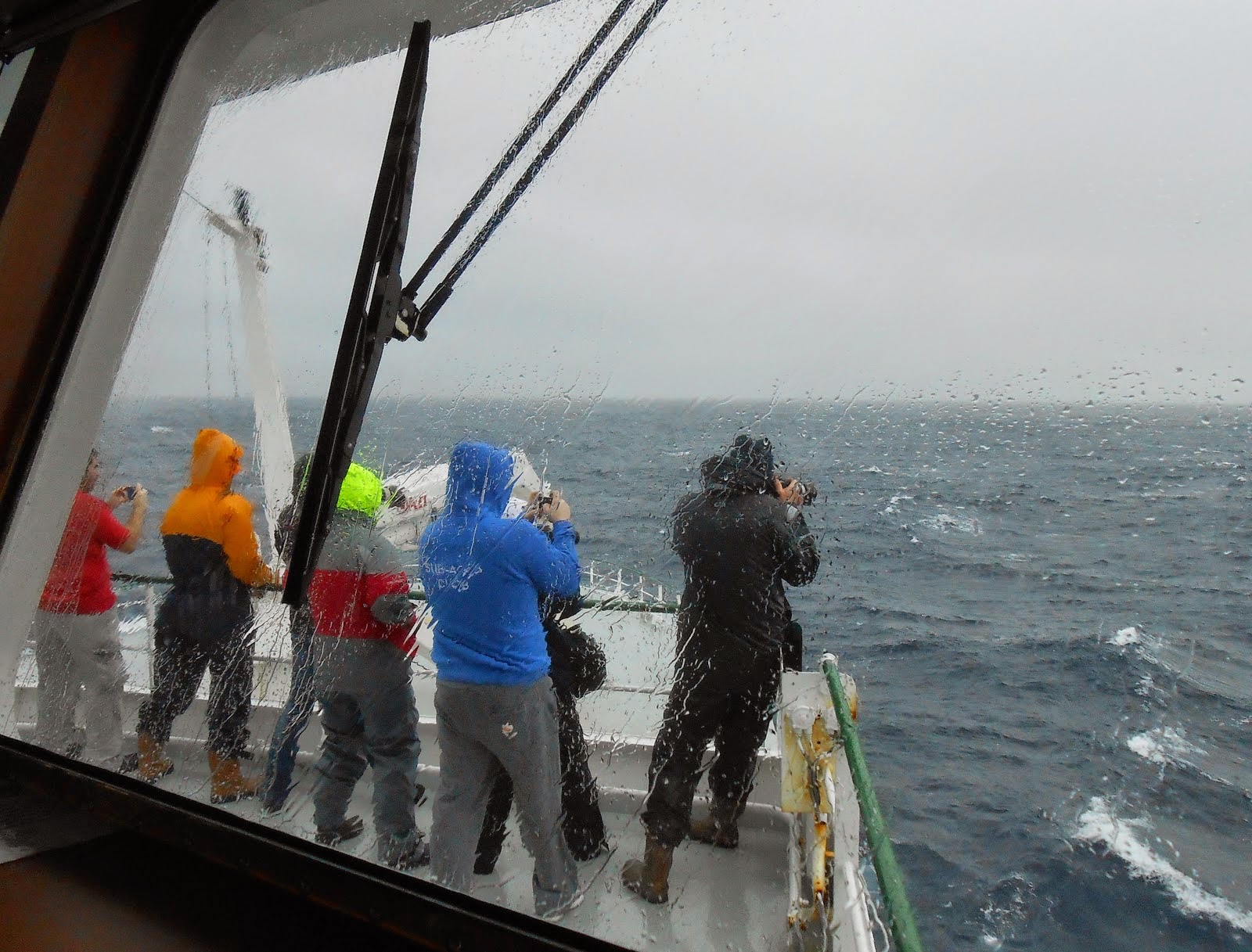 Two puffins were the highlight of the day for the seabird team. These charismatic auks spend the winter far out in the Atlantic before coming in to breed on our sea cliffs and islands from April onwards. Otherwise, a smattering of kittiwakes per hour and a handful of fulmars were the best we could filter out of the fog. Yet another gannet-less day! 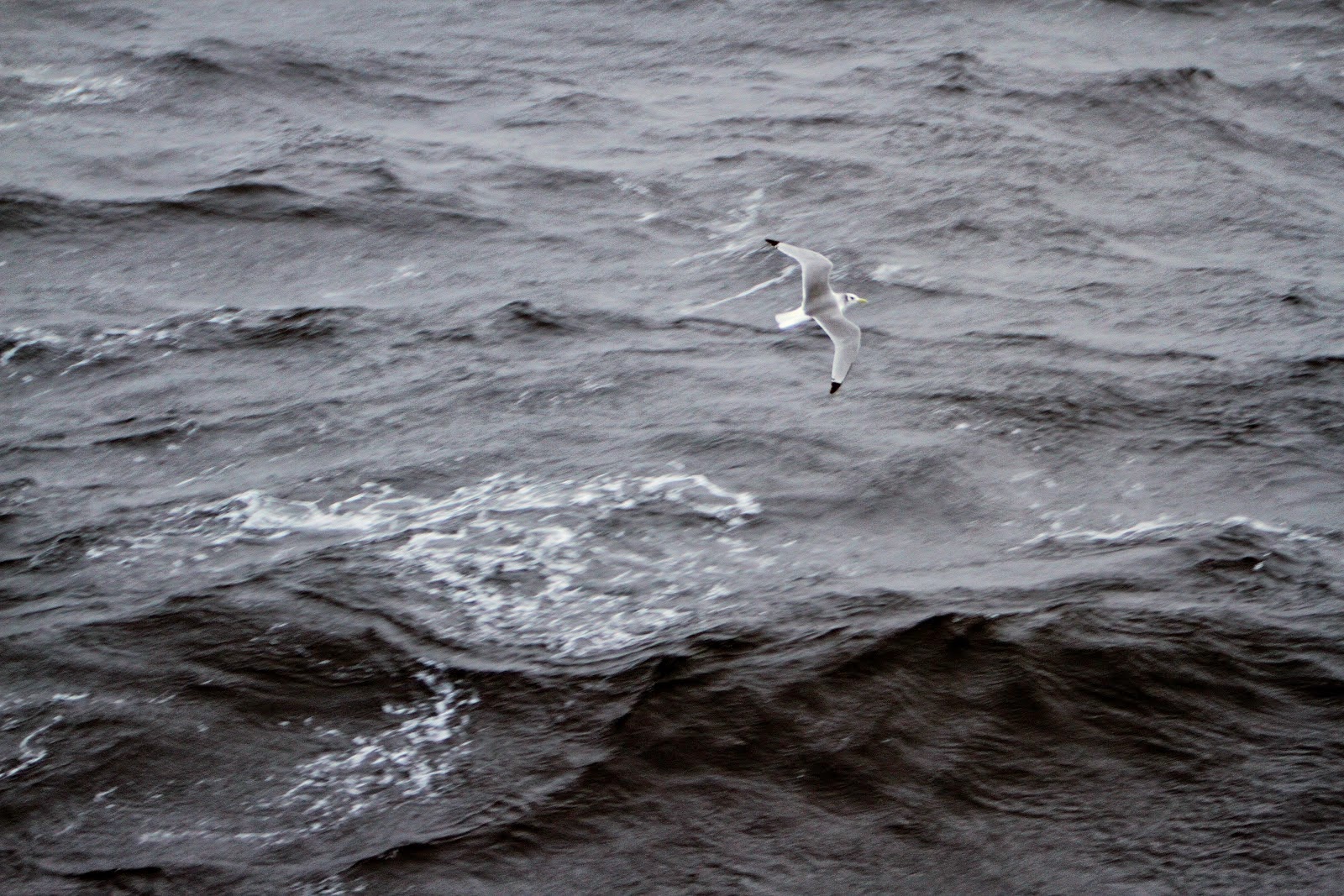 A nice, atmospheric pic of a kittiwake (c) Alex Borawska 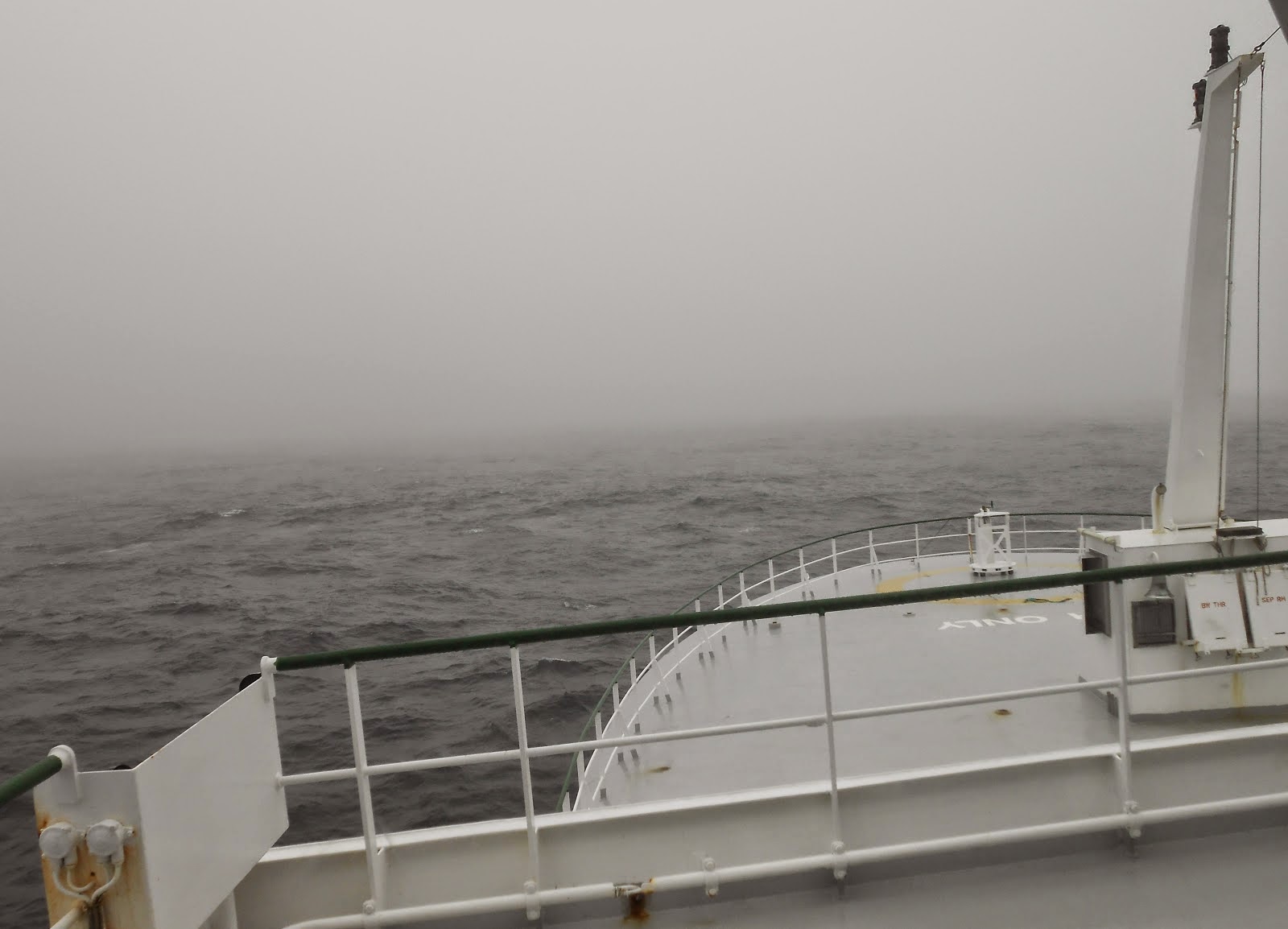 Not much of a view from the bridge (c) Niall Keogh
Posted by COTF Survey at 23:45