Survey tracklines over the past week have been focusing on the deep waters of the Rockall Trough and also along the continental shelf edge that borders it to the east, between Mayo and off West Scotland.

The seabird survey team from the Marine and Freshwater Research Centre, GMIT have been making the most of the good weather in recent days, with just one 'no survey' day so far due to heavy seas and strong winds (not bad for March!). Some long survey periods from the bridge deck have resulted in a total of fifteen species of seabird recorded up to the end of March: gannet, cormorant, fulmar, great shearwater, sooty shearwater, Manx shearwater, great skua, kittiwake, lesser black-backed gull, great black-backed gull, glaucous gull, little auk, puffin, guillemot and razorbill.

Gannets, fulmars, kittiwakes, large gulls and great skuas are ever present around the ship, waiting for us to haul in a net full of blue whiting. Fulmars have been the most abundant species at sea over the deep Rockall Trough waters, nearly all of which are recorded as the 'double light morph' plumage which is typical for this latitude. A handful of the darker morph, High Arctic breeding 'blue' fulmars have also been seen, although perhaps fewer than have been noted during BWAS trips in recent years.

The first guillemots and razorbills of the trip were recorded along the top of the continental shelf edge and over shallow waters along with plenty of puffins. While west of Scotland it was noted that both 'black' and 'brown' guillemots were present, probably representing birds of different subspecies (Uria aalge aalge and U. aalge albionis respectively). The only little auks noted so far have been from the deep water region near the Anton Dohrn Seamount (a total of five birds in breeding-type plumage).

A great shearwater following RV Celtic Explorer over the deep waters to the north of the Porcupine Bank on 26th March was a real highlight. These southern hemisphere breeders (from the Tristan da Cunha island group) are typically found in Irish waters between July and October so a spring sighting is noteworthy although one was seen out on Rockall Bank during BWAS last year so perhaps a few more are to be expected out here at this time of year than previously thought?

Perhaps the most surprising sighting so far was that of two adult cormorants flying north (with intent!) over the northern side of the Porcupine Bank some 75 nautical miles west of Achill Island, Co. Mayo! In five years of surveying offshore Irish waters, this is the first time the MFRC GMIT team have seen cormorants this far away from land (their at sea distribution is quite inshore/coastal). It is tempting to speculate that they were migrants on their way to Iceland for the breeding season? (although it seems that there are no ringing recoveries of cormorants moving between Iceland and Ireland/Britain) 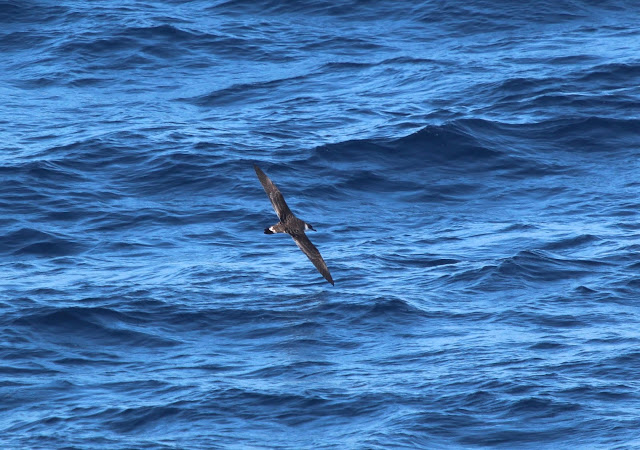 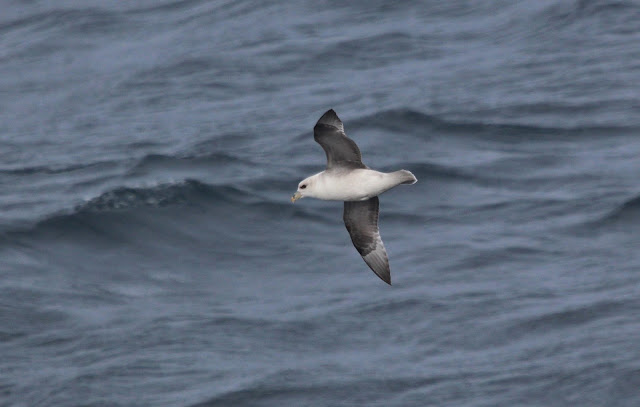 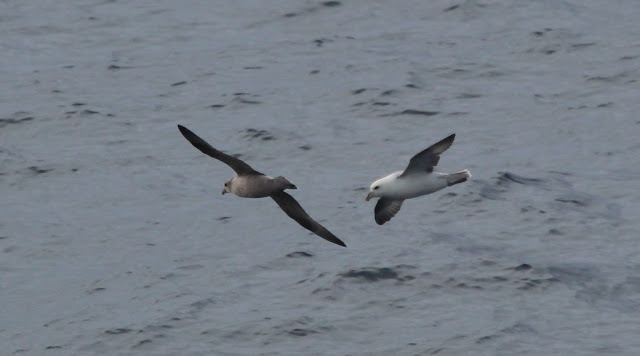 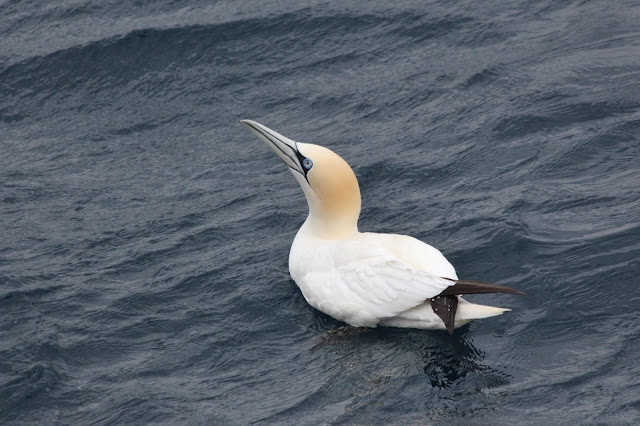 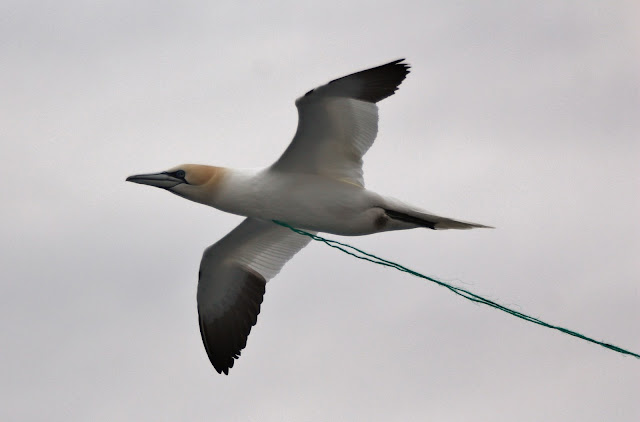 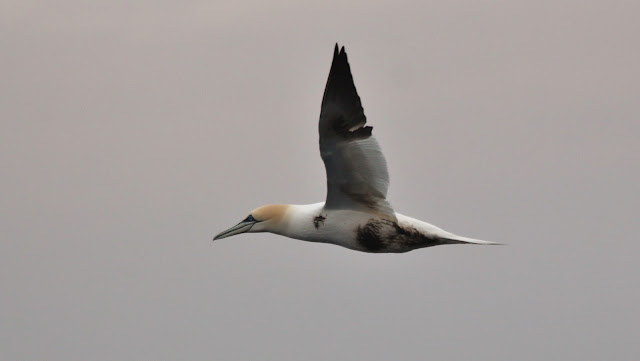 Pristine looking adult gannets are always a treat to watch up close but unfortunately we usually also see several birds per trip which are either entangled in rope/line or oiled such as those depicted here (c) Niall T. Keogh 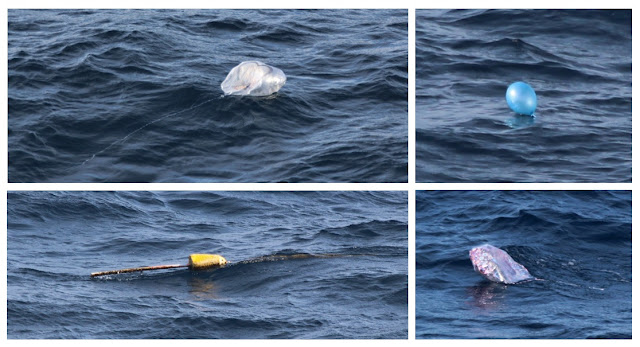 It's not just entangled or oiled seabirds that we make an effort to record, surface marine litter surveys continue during our research trips (c) Niall T. Keogh 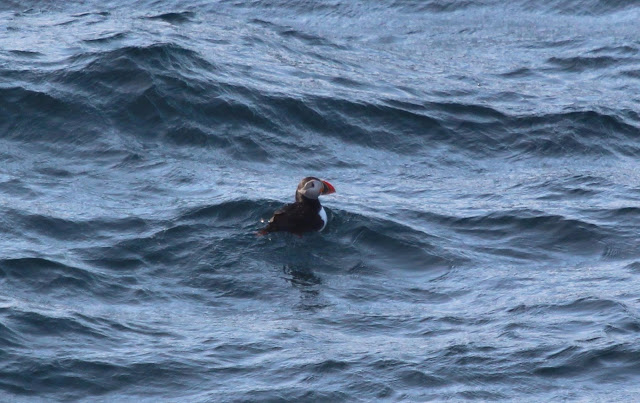 The always popular Atlantic puffin! Most of the birds we see at this time of year are adults in breeding plumage (like this one) but we have also seen a handful of non-breeding plumage / first-year type birds with dusky faces and smaller, dark bills (c) Niall T. Keogh 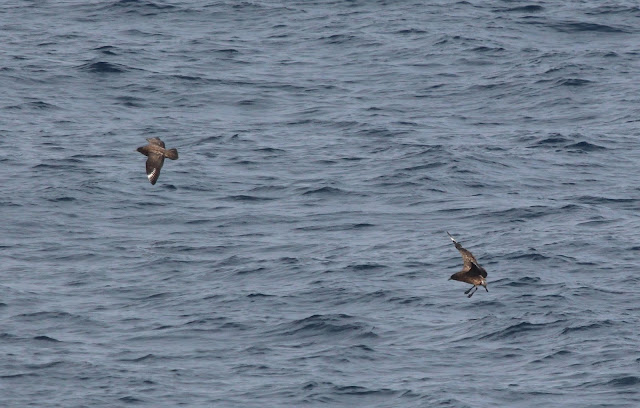 Great skuas are a constant presence around the ship, keeping an eye on the flocks of gulls following us. Small numbers of 'Bonxies' have been seen every day so far (c) Niall T. Keogh 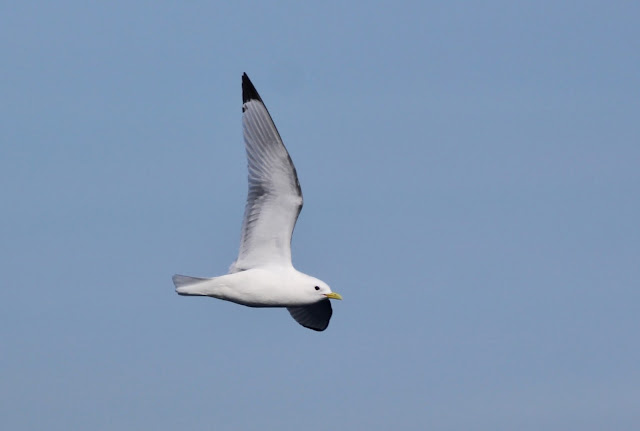 Breeding plumage adult kittiwakes like this one have been engaging in courtship display and calling over the ship in recent days. Sounds like a seabird colony at times! (c) Niall T. Keogh 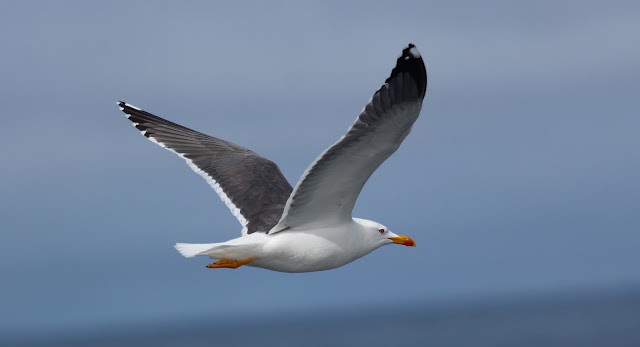 The first spring migrant of the year. Adult lesser black-backed gulls are making their way north through the Rockall Trough at the moment, having left their wintering grounds located as far south as West Africa and now heading for breeding grounds as far north as Iceland or perhaps even Greenland (c) Niall T. Keogh

Unfortunately we were unable to make out the full code on this ringed lesser black-backed gull. Wonder where it came from?! (c) Niall T. Keogh 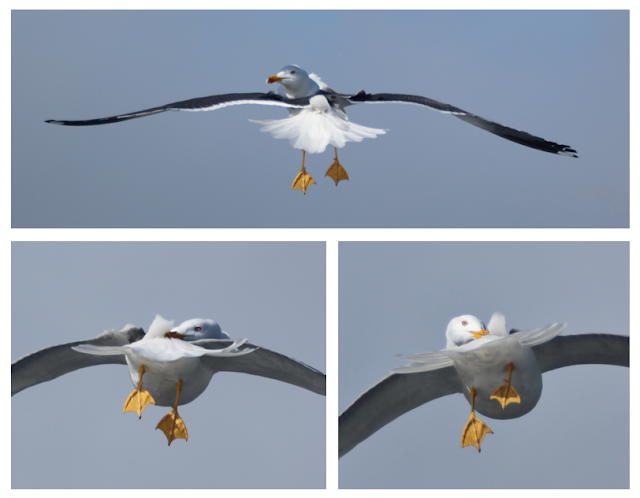 Lesser black-backed gull preening while in mid-air. You can see it accessing the uropygial gland at the base of the tail in order to get at the preen oil needed for keeping those feathers in tip-top condition (c) Niall T. Keogh 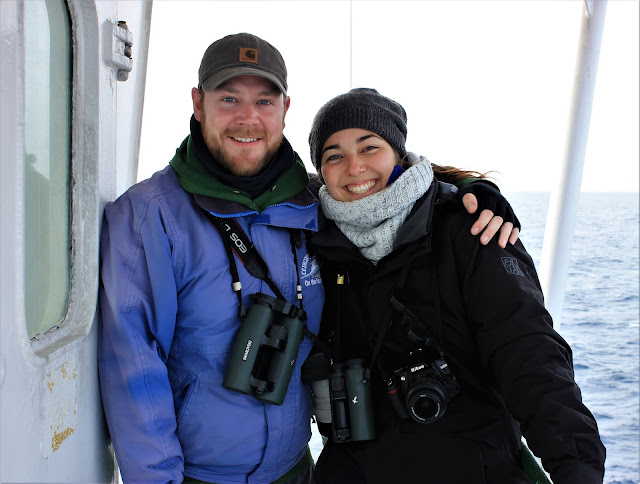 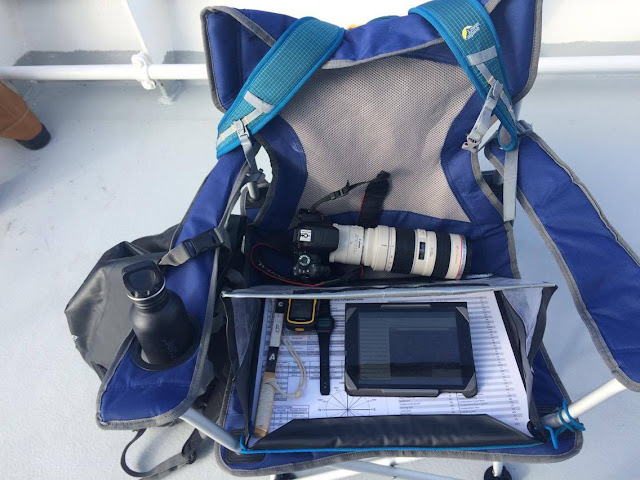 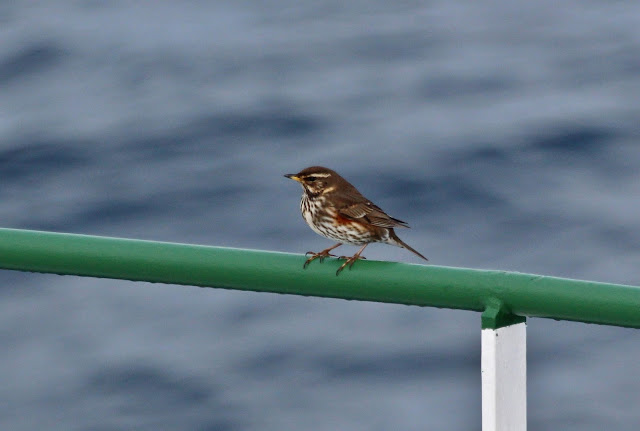 Redwing making use of the ship for a rest stop! (c) Niall T. Keogh
Posted by COTF Survey at 08:23