The second week of BWAS marine mammal surveys got off to a blank start initially but the following day (Sunday) really signaled the start of a far more productive period. 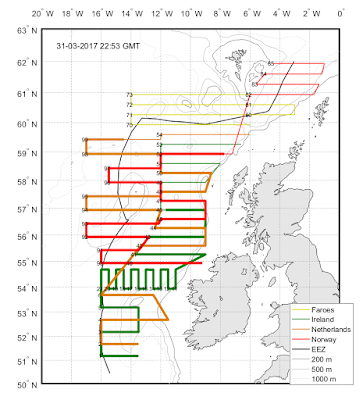 Not long after ascending into the crow’s nest to start the day's effort and while getting myself ready (equipping the necessary gear for the day along with applying some sun cream!) the seabird team began their observations from the bridge deck and spotted the first whales of the day which appeared initially 500m off the starboard bow, lazily surfacing, all the while moving closer to RV Celtic Explorer. Their slanted blows and boxed body shape gave them away as sperm whales and the three of them (one obviously large individual with two smaller individuals, probably juveniles) came within 100m of the vessel before diving under the bow. Moby Dick's relations up-close and personal, a great start to the day! 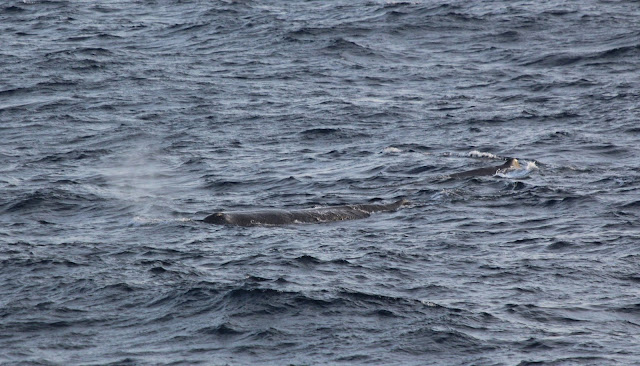 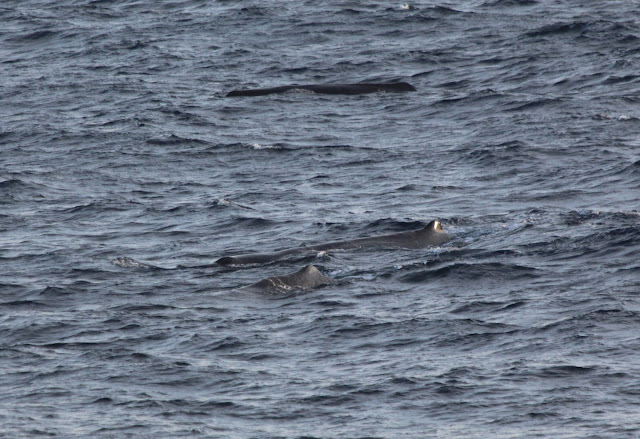 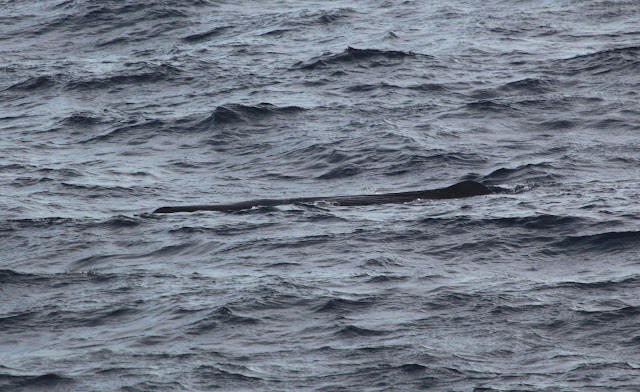 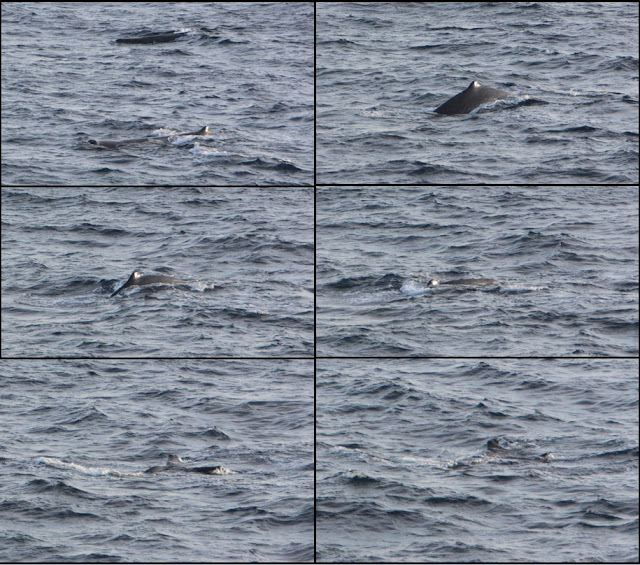 An hour later, two tall blows were picked up out towards the horizon some 2.5km off the bow and when we reached the area both whales passed the vessel, decent views giving them away as fin whales on the move. The most elusive of the Sunday sightings was of an unidentified beaked whale picked up once by Aude through her binoculars while I was on a break. To round the day off we had a few common dolphins make an appearance off the port side showing no interest in the ship which has been the case for most of the survey. We had caught up with the fishing fleet on the northern side of the Porcupine Bank that day and had views of some of the large factory trawlers.

The next batch of activity happened two days later along the shelf edge some 60km west off Mayo where more common dolphins were sighted in the morning while a group of long-finned pilot whales were recorded visually and acoustically simultaneously a kilometre and a half of the port side in the evening (really displaying how both survey methods can complement one another). While trying to get record shots of these pilot whales a distant blow from a large whale was inadvertently captured in their midst’s just as a group of offshore bottlenose dolphins powered past the starboard side to be picked up by those on watch in the bridge along with the seabird team who were up from dinner to see the pilot whales. Unfortunately these dolphins didn’t hang around and continued off in synchronised breaches which were the best that could be captured by the camera. Another day another species for the list! 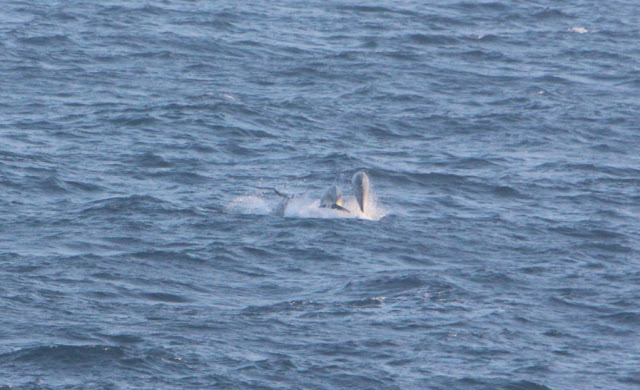 Wednesday was a day for housekeeping with heavy rain in the morning coupled with poor sea conditions which were unsuitable to watch or safely work in. Thursday was an unexpectedly interesting day, we had moved north into Scottish waters off the Hebrides with a species list standing at six but there was more transects to go yet. The weather had eased off and we were back on effort again. After turning onto a new transect at around 15:00, Aude started to hear a strange sounding whistle on the hydrophone, seemingly getting closer as time passed by. Continuing to watch from the crow's nest with the possibility of a new species in the area it didn’t take long to spot a large, grey, odd-shaped ship lingering on the horizon. We had heard that the survey tracklines might take us past a military exercise later in the day involving submarines, so with the navy-style appearance of the distant ship coupled with the consistency of the whistles being detected on the hydrophone, it became obvious that sonar was being used. About 30 minutes after the first ship was seen, another four appeared on the horizon to the east around the same time as the first marine mammal sighting of the day was made; a group of ten or so common dolphins moving west ahead of us at high speed! The sonar was detected for a further three hours, during which time another lone common was sighted but seemed unphased by the sound (in contrast to the previous sighting). Further sightings of common dolphins, two unidentified large whales and our first Minke whale of the survey capped off the day nicely as we continued north along the shelf edge and over shallow waters. 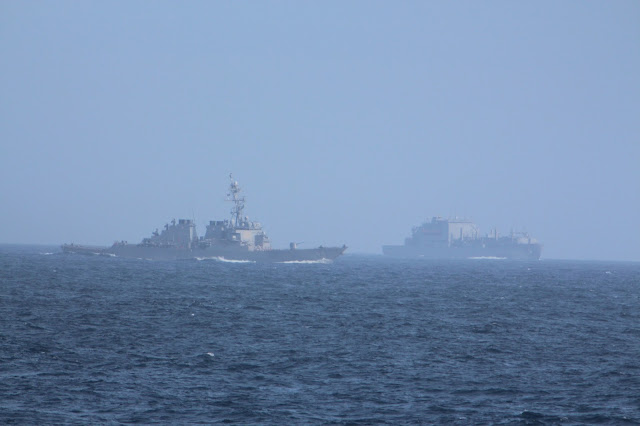 Friday proved to be a fruitful day while over the deep Rockall Trough waters near the Anton Dohrn Seamount, with twenty long-finned pilot whales less than 200m off the port side just after conducting a fishing tow and before the day's watch effort began. This group of pilots engaged in some interesting behaviour such as 'spy-hopping'. Later on a lone Atlantic white-sided dolphin was seen to surface twice, giving tantalisingly brief views of the colourful side pattern but just not enough to put it down as a "definite" sighting for that species.

The day ended as the drizzle closed in from the east, with a lone large blow picked up from the crow’s nest some 3km away. Subsequent rain knocked the survey off effort for a while but as soon as it cleared we were met with the sight of a single fin whale lunging in front of the bow almost on cue in perfect sea conditions! It lunged a further three times as we steamed by, making for a nice end to the week despite heavier rain closing in! 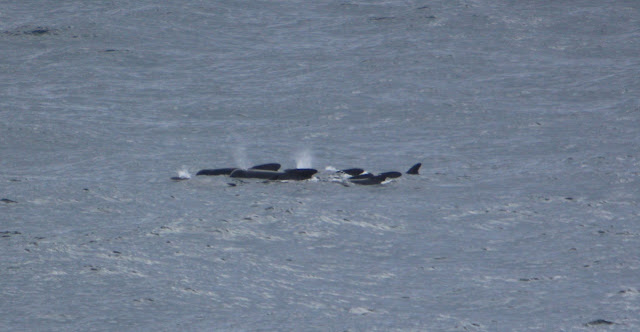 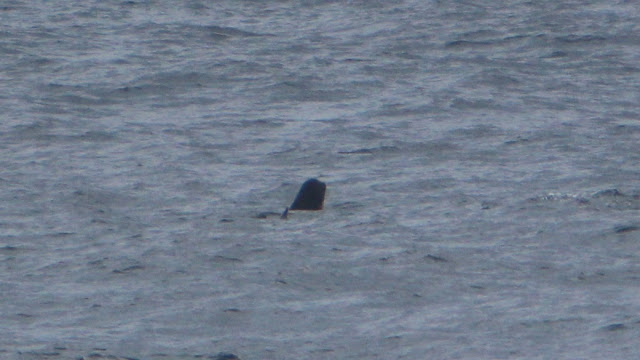 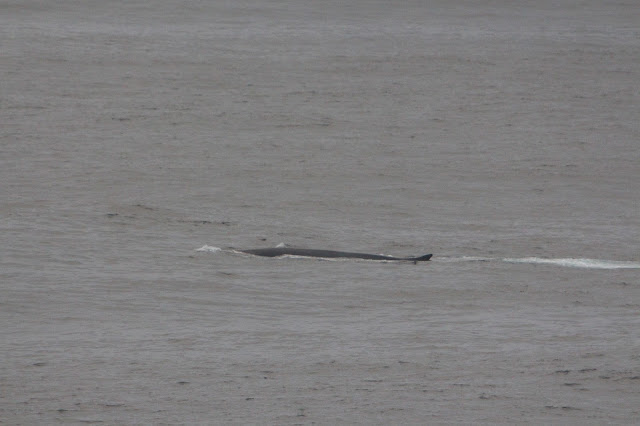 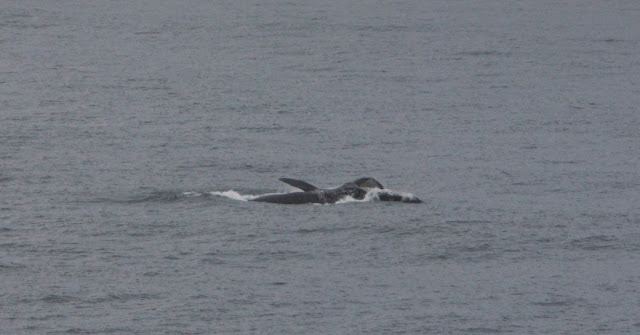 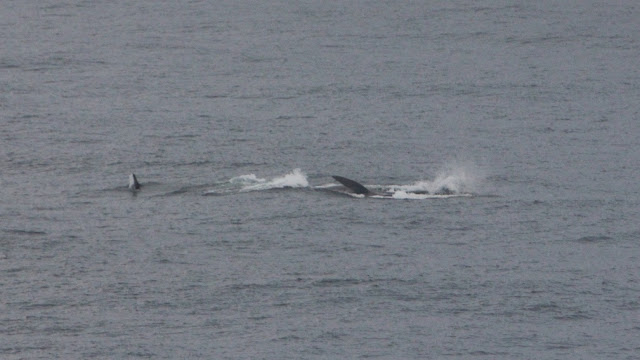 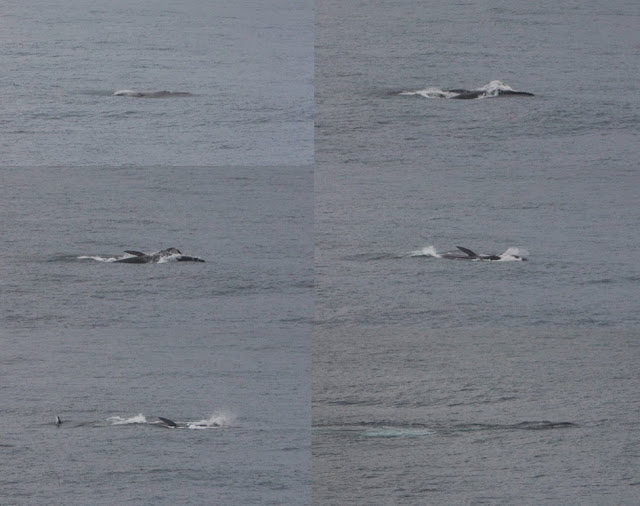 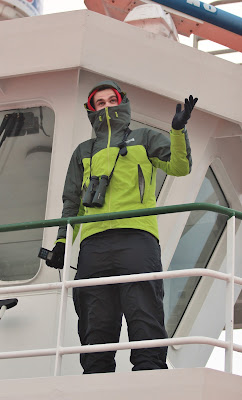 Our man in the crow's nest... Sean wonders what species is next up for the marine mammal team! (c) Niall T. Keogh
Posted by COTF Survey at 11:55