With the weather starting to settle, we decided to make a break for it this morning and head back out into the blue!

We began our surveying at the mouth of Galway Bay, between the west end of Inishmore and the south west corner of Connemara. From there we headed west by north west along the Galway coast, passing the Skerd Rocks, Slyne Head & Inishshark. The seas were pretty choppy so we watched inside, from the bridge which was just as well given that a few heavy squalls blew through! 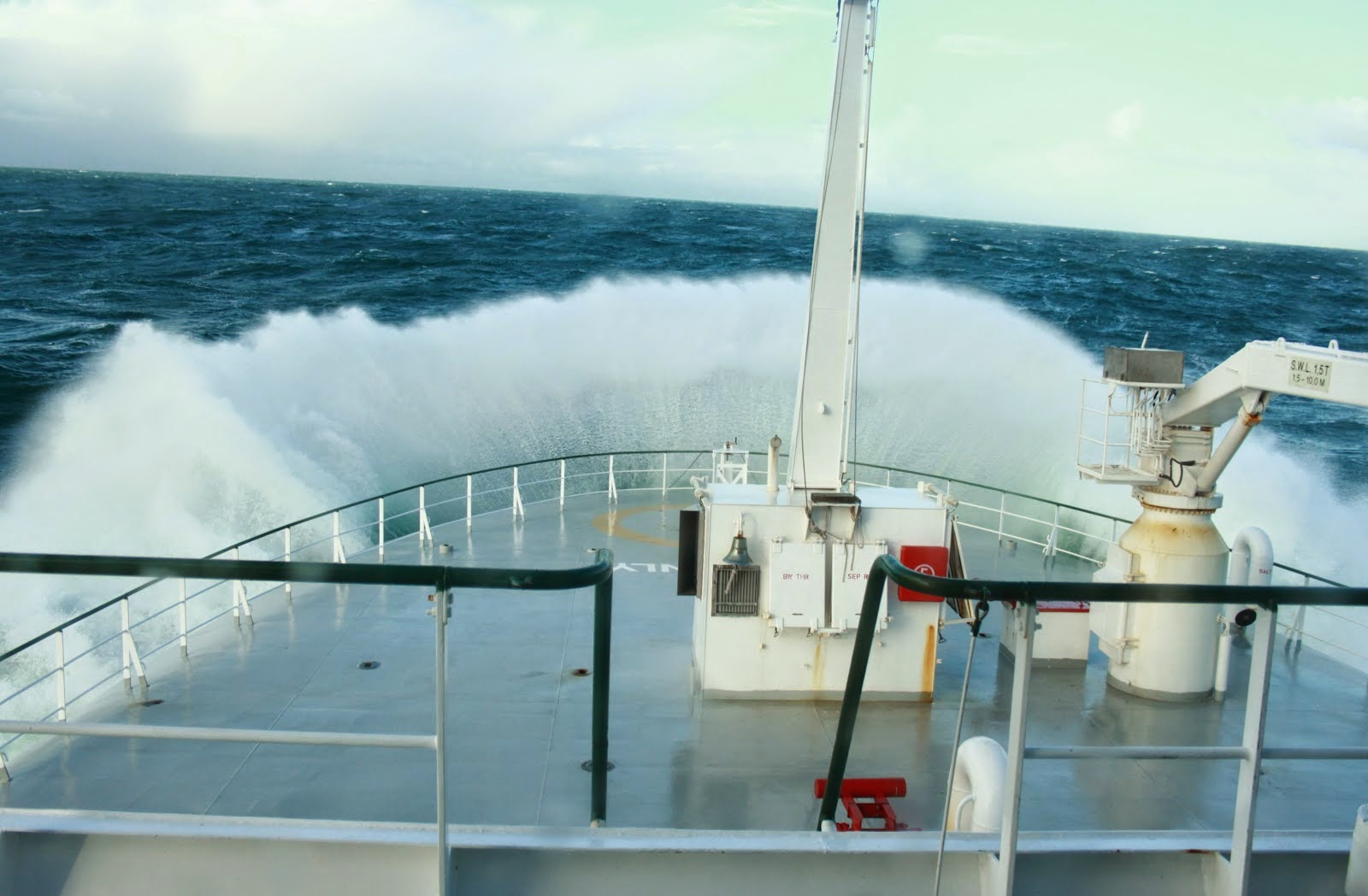 
The most noticeable feature of the day was the switch from those species encountered more frequently in warmer water habitats such as the Porcupine Seabight to those found more often in colder waters such as the Rockall Trough which isn’t so far away once north of Galway Bay.

A couple of sightings of a lone bottlenose dolphin was the first cetacean of the day and an important one at that as it was seen just outside the new cSAC (candidate Special Area for Conservation) for bottlenose dolphin along the Connemara coast. These are ‘inshore’ bottlenose, seemingly quite different in behaviour, morphology and genetics to those we encountered offshore several days ago.

The undoubted highlight of the day however came when Marie spotted up to 6 white-beaked dolphins close in off the starboard side of the bow at 4pm, some 11 nautical miles west of Inishshark. A new cetacean species for many of us onboard!

White-beaked dolphins are a cold water species, restricted to shelf or near-shelf habitats of the North Atlantic. It has been suggested that rising sea temperatures could have an adverse effect on their population by driving them further north into areas with less suitable habitat. They are usually reported only a few times a year in Irish waters and rarely this close to land so a fantastic record all round!

Our final cetacean encounter was of two bow riding common dolphins, completing the hat-trick of dolphin species for the day. 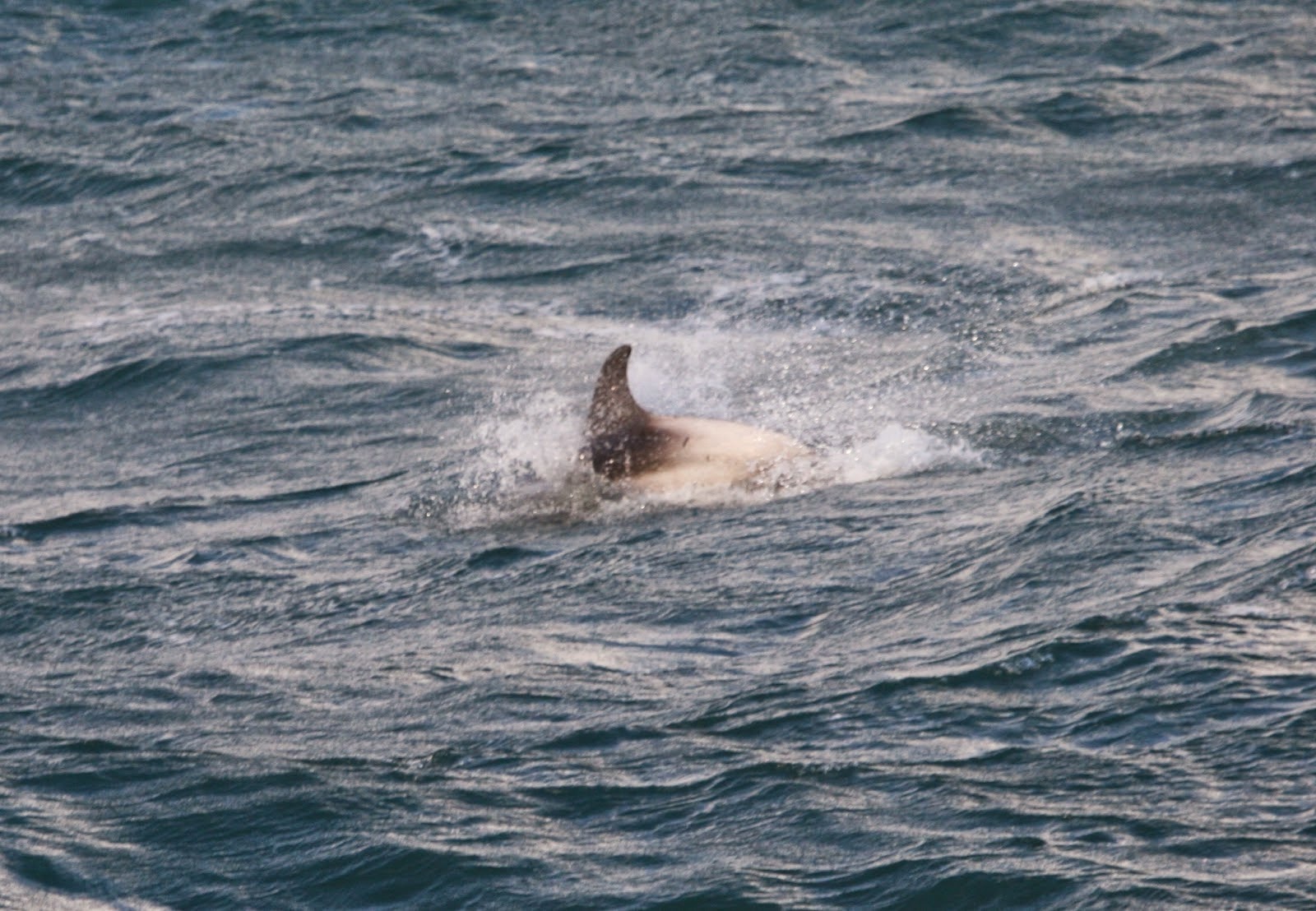 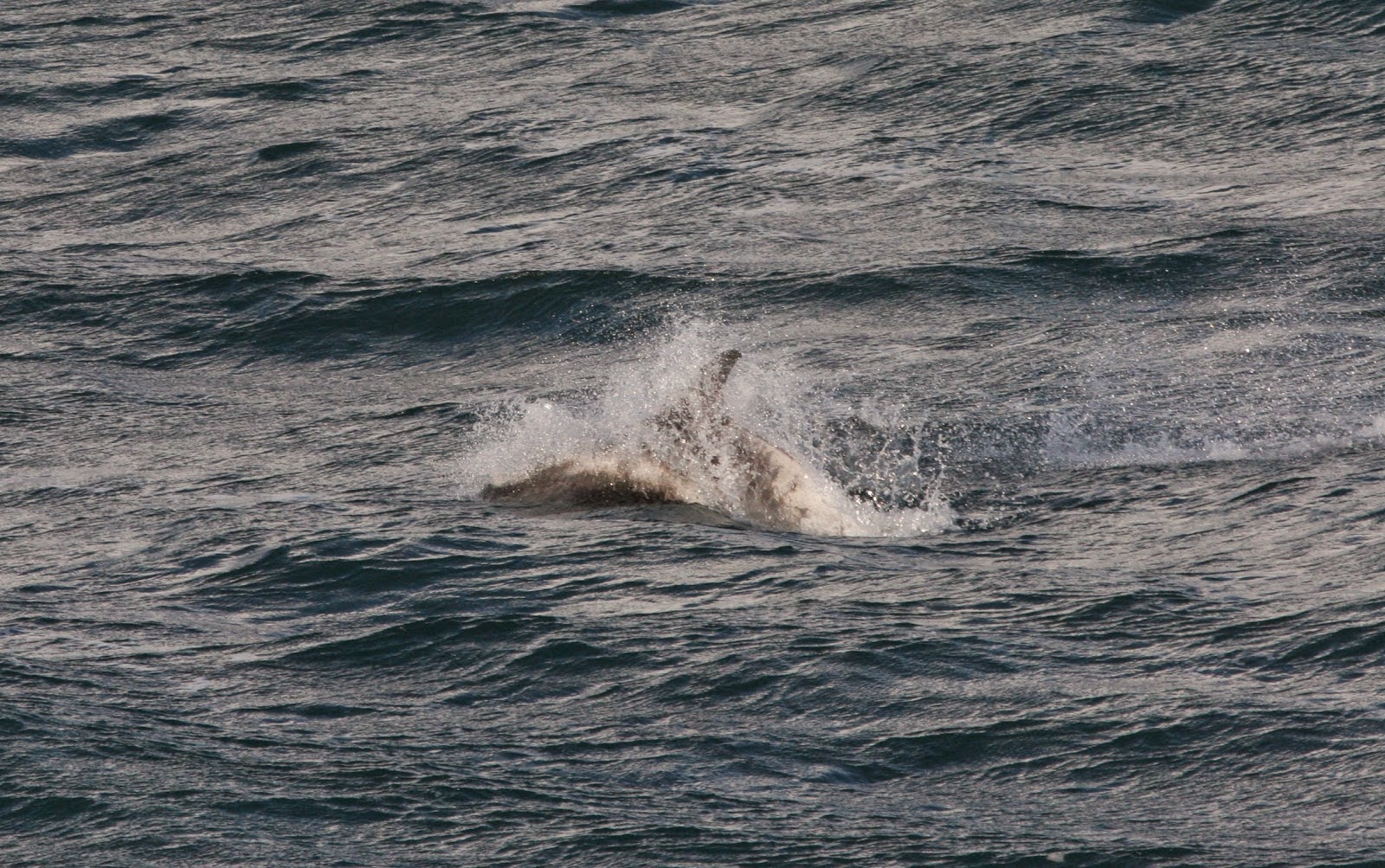 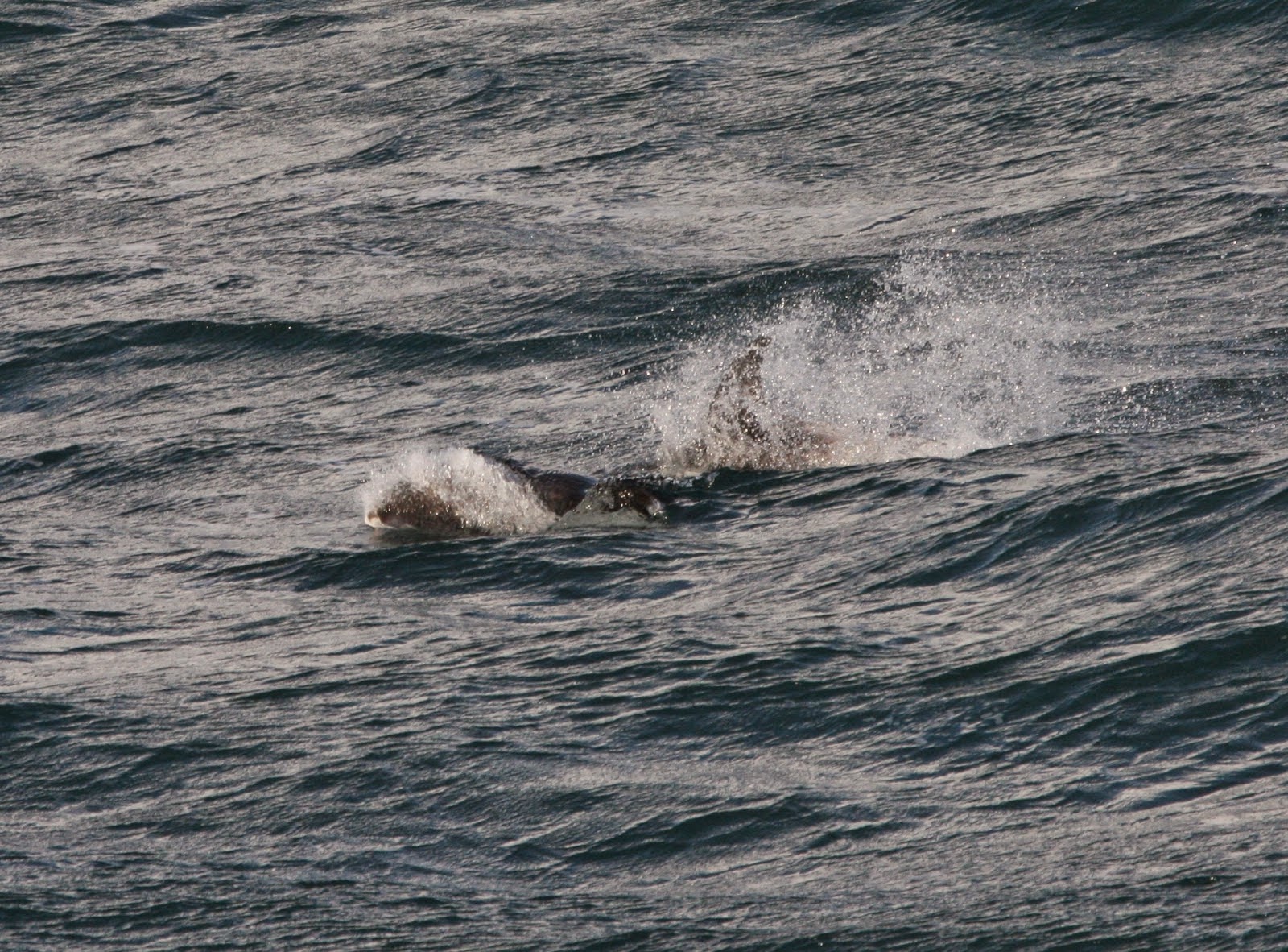 On the seabird front, numbers of fulmars were the highest recorded on the survey so far with a total of 9 ‘blue’ fulmars amongst them, including a ‘double dark’ bird (almost looked like a sooty shearwater!). An immature glaucous gull passed by quickly about 6 nautical miles south of Slyne Head and a couple of puffins were noted also but the prize species was most certainly little auk! Four birds were seen in total, just west of Slyne Head. Little auks are the smallest species of auk in the Atlantic, breeding on Arctic cliffs and island in their millions. They also have the curious habit of feeding heavily on copepods (a type of plankton) whereas other auks which we are more familiar with, eat fish such as sandeels and sprat. In winter, they get pushed south to Ireland during bad weather so with the storms that have raced through the Atlantic over the past week its no surprise we came across some today. Smaller numbers of gannets, kittiwakes, great black-backed and herring gulls,razorbills and guillemots were seen otherwise.

Forecast is for some good surveying conditions tomorrow so we’re off to the shelf edge!
Posted by COTF Survey at 23:30