Today we covered our last few transects over the Porcupine Seabight but our observations were hampered by heavy swell. The cetacean team had an early morning sighting of a Minke Whale followed by 2 sightings of Common Dolphins later in the afternoon. The PAM team recorded few vocalisations due to the weather conditions but did manage to obtain some dolphin whistles and click trains. The sebird team had numerous sightings of Kittiwakes and a few Gannets closest to the shelf's edge as well as a 'Blue' Fulmar and three Great Skuas. The zooplankton team sampled at 4 stations last night with the deepest being 1,700m. The most interesting catch was an ostracod possibly with eggs, a non-swimming pelagic nudibranch, and a decapod zoea. 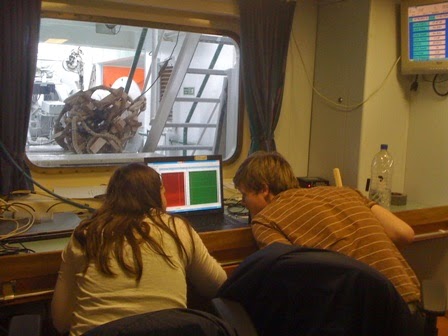 Around 15:00 the cetacean and bird outdoor surveys were suspended and resumed in the bridge due to the poor weather conditions, however, the PAM monitoring continued. This reduced survey set-up allowed us to do data entry and make a start on our final report for the Marine Institute due on Monday. 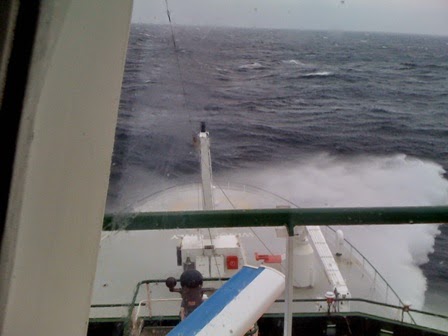 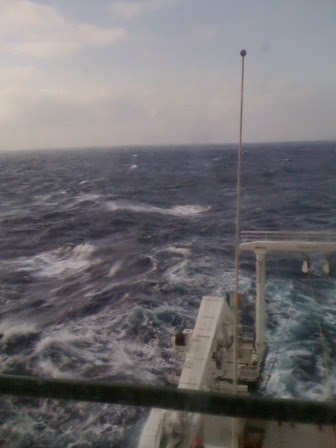 Our current position is 83 nautical miles off Fastnet, Ireland and we are now heading into coastal waters. We plan to target all the major headlands between Cape Clear and Ram Head on our coastal transects tomorrow.