A packed audience attended the launch of the new Canola Film Productions/Irish Whale & Dolphin Group (IWDG) documentary on The Humpback Whales of Cape Verde at the LexIcon in Dun Laoghaire on Tuesday 12th January 2016.

This film documents the most recent IWDG expedition to Cape Verde in search of humpbacks in September 2014. IWDG have been visiting the island archipelago in an attempt to discover the breeding grounds of humpback whales visiting Ireland in the summer and winter periods.

The next showing of the film will be in Killarney Library, Co. Kerry on 23rd January 2016 with Sean O'Callaghan at 2:30pm. 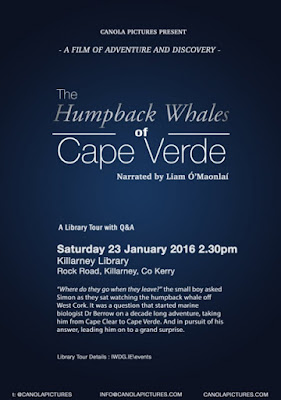 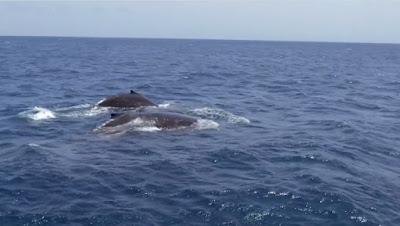